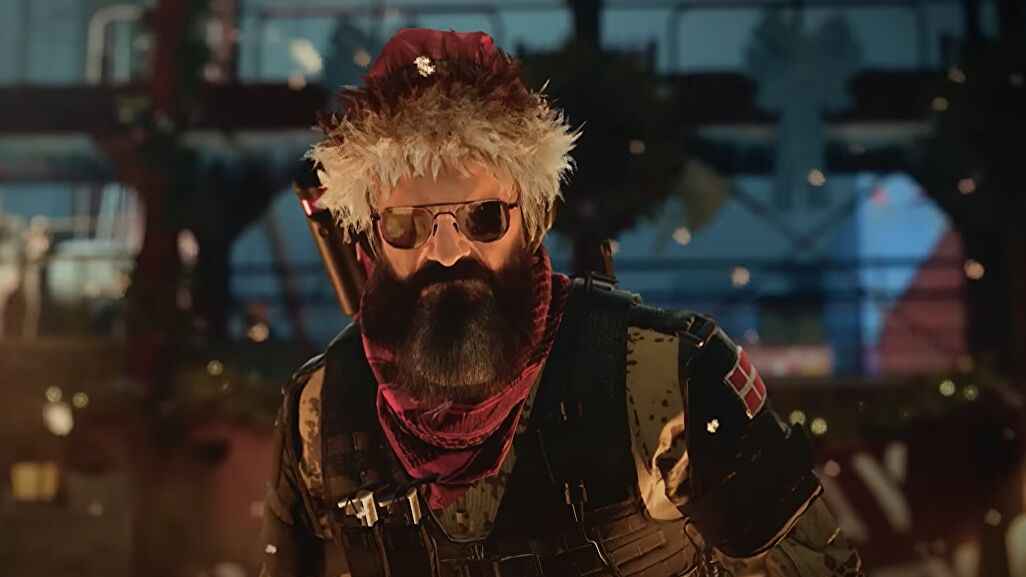 Shipmas arrives in Call Of Duty: Modern Warfare 2 tomorrow, with the game’s Christmas update for multiplayer. The reimagined version of the classic Shipment map – introduced with last week’s Season 01 Reloaded midseason update – will be festooned with decorations, along with the bodies of your enemies. COD now has his own Santa, too, and I wouldn’t want to tangle with him. You can see what I mean, and catch a glimpse of the holiday version of Shipment, by watching the trailer below.

The shipment map gets its Christmas on for a two-week period beginning tomorrow and lasting into the new year. As you saw in the ridiculously over-dramatic trailer, there’ll be festive bows and wreaths dangling from the shipping containers that make up the map. They’re flanked by snowmen, who you can’t easily mistake for other players because they’re so obviously stand out from the remainder of the shipment. Probably the nicest touch in the map’s Yuletide makeover are the massive STAY FROSTY messages sprayed over the containers.

Danish Elite Special Forces member Klaus Fisker is a new operator for Modern Warfare 2 multiplayer and Warzone 2 battle royale, and he sports a very fetching red Christmas hat and scarf. He seems more likely to suplex you into Shipment’s deck than let you sit on his knee, though. You’ll have to fork out 2,400 COD points (£17/$20/€20) for the Klaus bundle, as there’s no way to earn him in-game. The Klaus bundle is live now and comes with the man himself, along with seasonally red Naughty M13B assault rifle and Nice Victus XMR sniper rifle blueprints. The Saint Nick stand-in also gets a suplex finishing move, and Sleigh vehicle skin.