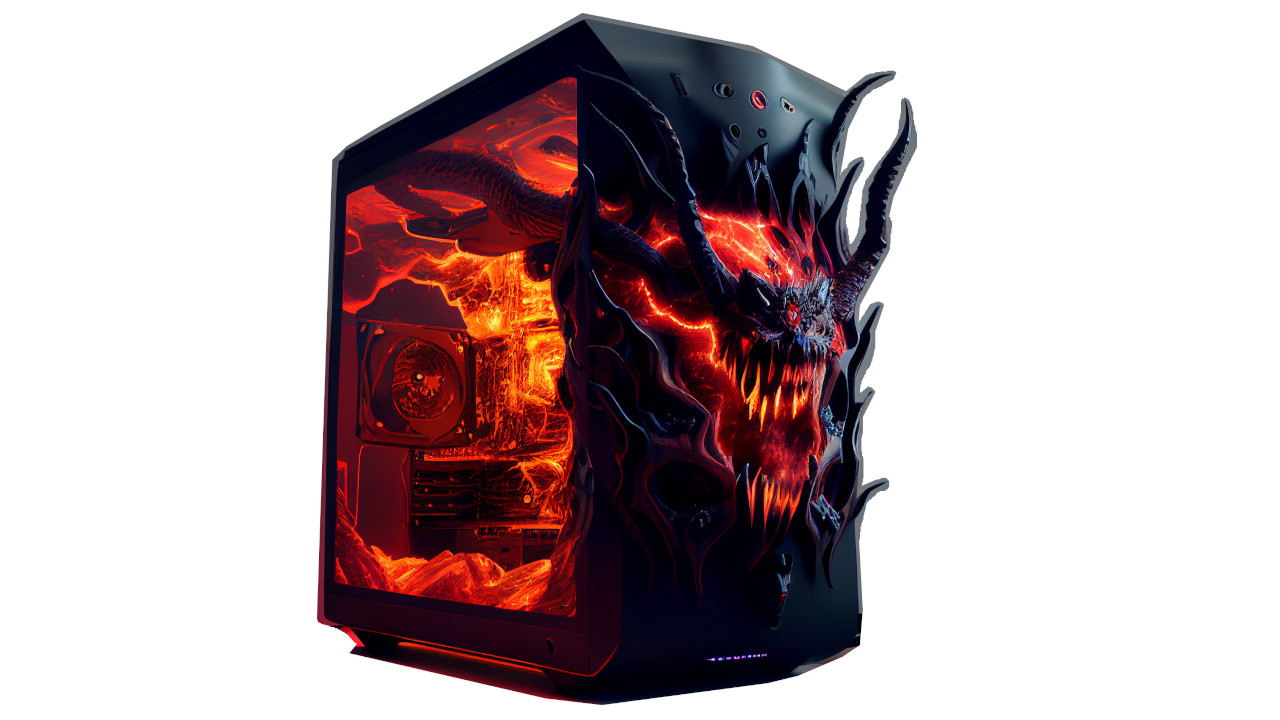 A gamer shows off an impressive gaming PC that could be perfect for the Diablo 4 release. The community is very impressed.

The PC case protects sensitive hardware from damage. But who says that a case can’t be as impressive as the built-in hardware?

A user has now shown a picture of an impressive gaming PC, but the whole thing (still) has a catch.

Hell PC has been generated by an AI

What is this system? A user has on reddit posted a picture of a gaming pc. The front panel of the system and the colors are strongly reminiscent of the action RPG Diablo, of which the fourth part of the main series will be released on June 6, 2023.

In another post However, the thread starter explains that this is not a “real” system, but an AI-generated image. The system can probably be replicated with a 3D printer. This is how he writes:

And yes, it’s an AI-generated image using MidJourney. As a designer, I find AI extremely scary and exciting at the same time. AI has the advantage of being less biased and not limited by creative fatigue.

As some of you have said, this build is probably possible with 3D printing and the right plastic and LED connections, and the AI ​​provides a great creative template!

What is mid-journey anyway? Midjourney is an independent research lab that creates a proprietary artificial intelligence program that creates images from text descriptions. That means you write a sentence or several words and the AI ​​generates an image from it. Midjourney took Twitter by storm and wowed viewers.

But artists in particular reject the AI ​​Midjourney after it won an art competition. Because artists and other users see such an AI as a danger to their creative professions.

Community is impressed: “The PC crashes as soon as the temperatures are too low”

How is the community reacting? The users under the post had a lively discussion about the picture. Many find the case very impressive and demand that the user should now rebuild the system in the same way.

Some explain that such AI images can also help in the search for ideas for the next, future gaming PC. After all, such images would inspire and help to think outside the box.

If you’re still looking for more inspiration for a future build or ideas for a new gaming PC, check out the following cases. Here we show you how impressive some gaming systems can look. And you can theoretically rebuild all systems if you take the time:

7 chic PC cases that are guaranteed to make you jealous