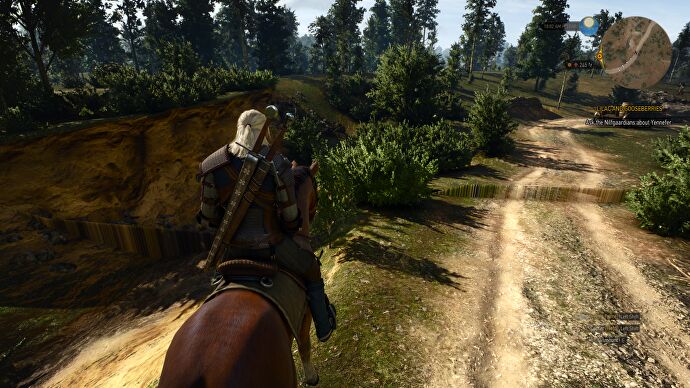 Hello, yes, I know this is our fourth post on the subject but it’s mostly good news – The Witcher 3: Wild Hunt’s next-gen update is now considerably less of a technical muddle. After applying yesterday’s PC hotfix, performance with the new ray tracing settings is majorly improved, and if you don’t (or can’t) use those, The Witcher 3 no longer runs slower than it did before the next-gen update hobbled it .

That’s judging by some tests I’ve run using the Nvidia GeForce RTX 3070, on which overall stability seems to have improved as well. I’m still having trouble with AMD graphics cards, however, with FSR upscaling being a particularly reliable source of crashes.

To the credit of CD Projekt RED, who unfortunately have experience in patching up troubled launches, this hotfix sorts out the next-gen update’s biggest problem: rasterized (ie non-ray traced) performance becoming worse than it was several years ago. To recap, we originally averaged 102fps on the RTX 3070 using a combination of the Ultra preset and a 1440p resolution, but this fell to 90fps after the update. My most recent test, post-hotfix, sees that bumped back to 105fps. Nice!

Here’s a quick table of before-and-after results for the RTX 3070, which also show the hotfix enhances ray tracing performance. Consider that another problem solved, as while RT effects will always eat a big chunk of your frames-per-second, the next-gen update was arguably a bit too hungry. Now, it performs much more reasonably on last-gen RTX cards.

The hotfix also spared me from any crashes at all while running these tests, a refreshing change from the next-gen update’s initial state. Previously, I could be sent faceplanting on the desktop for changing some settings, or re-entering the game after alt-tabbing, or simply at random. Currently, there’s still some stuttering that needs smoothing out, but generally the Witcher 3’s next-gen update is in a markedly better state than it was last week.

At least, it is if you have an Nvidia GPU. My attempts to benchmark the hotfix on the new Radeon RX 7900 XT and Radeon RX 7900 XTX were once again shut down by hard crashes, the apparent cause of which I’ve narrowed down to the game’s FSR 2 upscaling option. In fairness, it runs far more stably without FSR, but reliably crashes about 30 seconds after I turn it back on. So I suppose you could try it without upscaling, although since even the mighty RX 7900 XTX could only average 37fps at native 1440p with the RT Ultra preset, it’s not a pleasant experience.

So, on the RX 7900 XT, sometimes the grass would fail to load in for a few seconds? Except for these little grass texture skirting boards? How odd.

There’s more work to be done, clearly, though this hotfix does well to amend two of the next-gen update’s most glaring issues. Hopefully CDPR can turn their attention to stuttering, the Radeon glitches, and general bug stomping, before they need to bust out the big yellow apology tweets again.