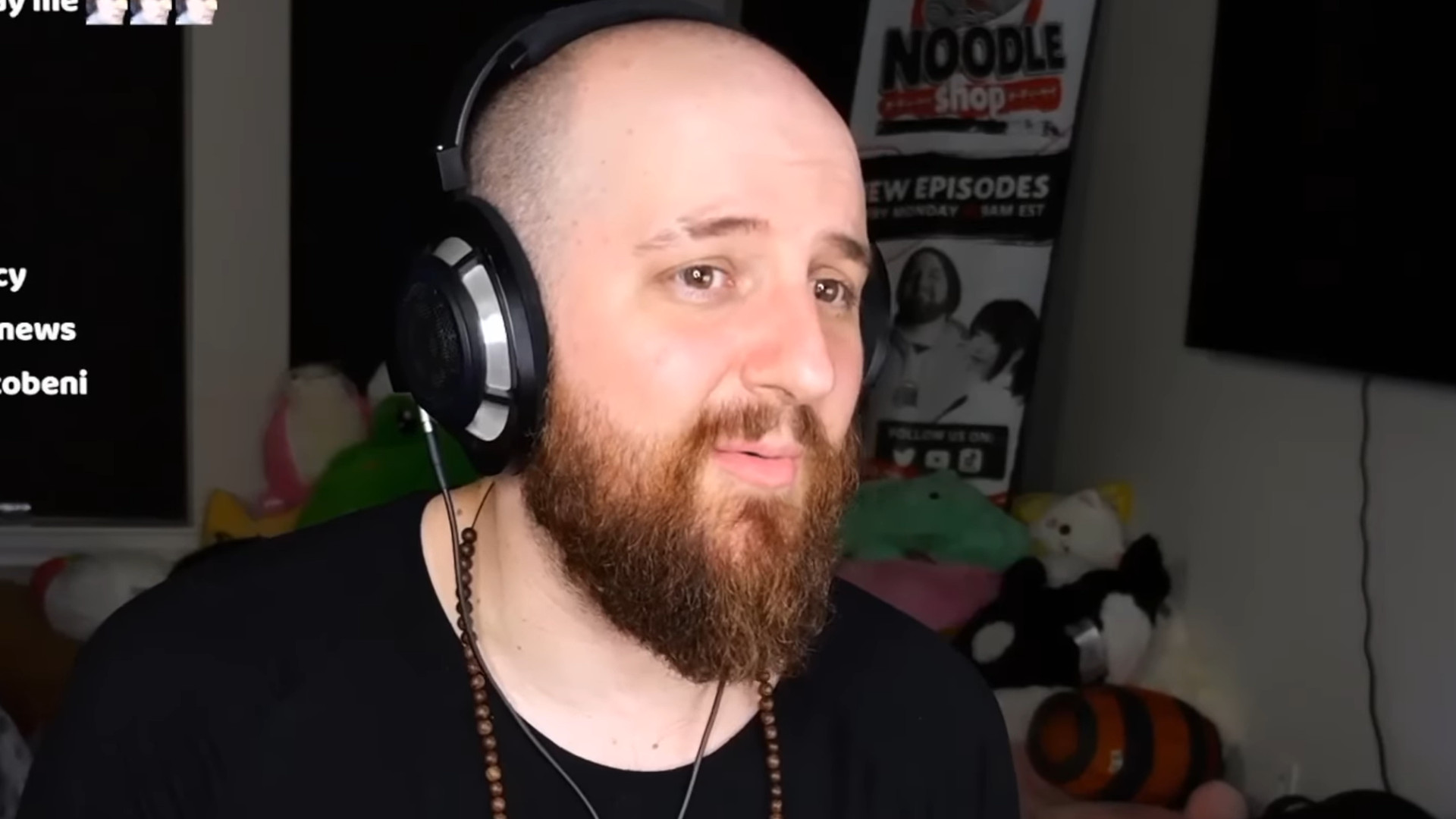 Twitch streamer Tectone is going through a difficult time: On December 15, he announced his separation from his wife, and allegations against his best friend Rich Campbell were made public on the same day. Tectone spoke about the events in a stream and was overwhelmed by emotions.

Content Warning: This article addresses the issue of sexual assault. In some people, these topics can trigger negative reactions. Please be careful if this is the case for you.

What is the situation at Tectone? Twitch streamer Tectone announced the end of his 10-year relationship with V-Tuber Fream on December 15. On Twitter, Tectone wrote, “I lost her,” and linked a longer TwitLonger post explaining everything.

The two originally wanted to take a temporary break from their relationship, but now they have made the separation final. Tectone explained that, contrary to the rumours, he did not want to take a break – right now he needs the love and support of his community.

Tectone also thanked his organization One True King (OTK): it was the best thing that had ever happened to him. OTK was founded in 2020 by 5 MMO nerds around the WoW streamer Asmongold, in November 2021 Tectone became the 9th member.

In the meantime, however, 2 founding members of the organization are missing: Matthew “Mizkif” Rinaudo was suspended indefinitely in September. An internal investigation is underway against him because he is said to have covered up sexual harassment by a streamer friend.

On December 15, the same day Tectone announced its split, Twitch streamer Azalia Lexi made public allegations against OTK’s next founder, Rich Campbell. For Tectone, who was a close friend of Rich Campbell, it was obviously too much at once.

Twitch: Asmongold distances itself from the next WoW streamer after allegations of sexual assault – throws him out of organization

In a December 18 stream, Tectone spoke about the current situation and got extremely emotional.

Tectone bursts into tears on stream

What stream was that? On December 18th, Tectone started a stream of almost 3 1/2 hours in which, according to the stream title, he wanted to “address everything that has happened” and talk about “the future of the channel”. The latter refers to his podcast “Noodle Shop”.

What did Tectone have to say? The streamer first reconfirmed the end of his marriage. Tectone insisted he and Fream split amicably and still have a lot of friendship for each other – though she kept 3 of their cats together.

Then Tectone came to the allegations against his best friend Rich Campbell, who was like a brother to him. He was overwhelmed by his emotions. However, he is not concerned with protecting his friend, on the contrary.

Why are Tectone so affected by the allegations? Tectone explains that he himself has been the victim of sexual violence several times in the past. The fact that his best friend, of all people, could have done to another person what he himself experienced is something that Tectone takes very seriously.

See also  WoW: Dragonflight: Vault of Incarnation - the maps of the first raid

Visibly struggling for composure, Tectone urges viewers not to defend their favorite creators or attack people who share their stories. That doesn’t help anyone, says Tectone.

I know that feeling when you share your story online – or with your family – and people don’t want to believe you. It takes a lot of courage to share these things. And just because someone waits a while doesn’t mean it isn’t true. It doesn’t mean it’s true either, but we shouldn’t shame anyone for sharing their story.

OTK is the only bright spot for Tectone

Tectone explained that he did not plan the emotional stream that way. He hadn’t realized how much the situation was affecting him, he was still fine in the morning. It wasn’t until he started talking about it that emotions ran high.

There’s a lot of shit going on in my life right now. First my wife, then my best friend – I just hope nothing happens to my cats. I mean, I know people say ‘The Tectone stories can’t be true’ but this bad stuff just haunts me like the plague.

However, Tectone is very proud of how OTK dealt with the situation: they reacted very quickly and well. In addition, the streamer thanked his organization again, saying it was one of the few positive things in his life at the moment.

The future of the “Noodle Shop” podcast is still uncertain: Tectone says he wants to prevent pre-recorded episodes with Rich Campbell from appearing at all costs. Nevertheless, Tectone wants to continue the podcast with OTK member Emiru, but he doesn’t know if that’s possible.

Twitch star Asmongold is pissed off, wants to break off contact with a close colleague and starts an internal investigation