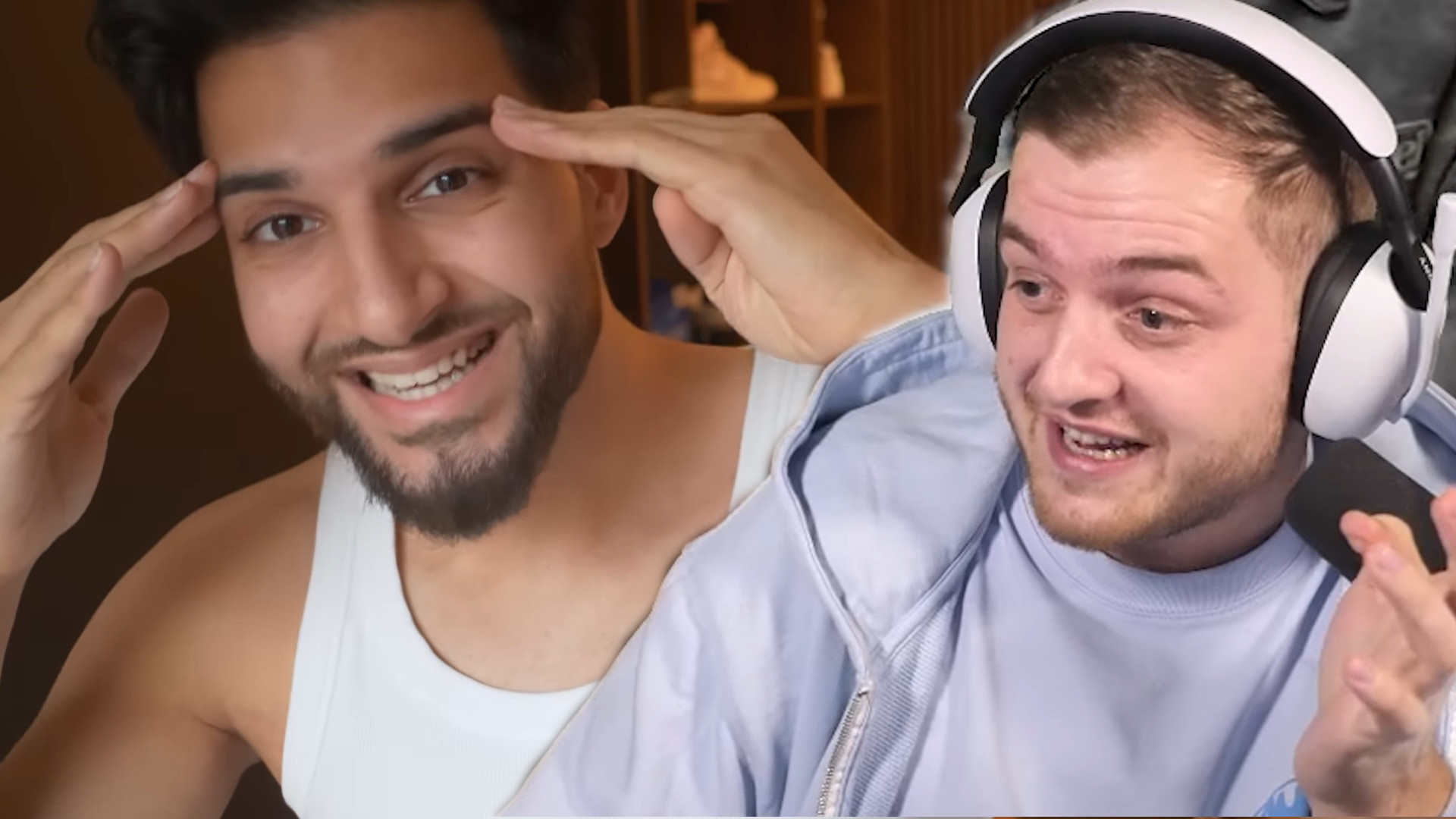 So-called reactions are now an integral part of the repertoire of many content creators – Twitch streamer Max “Trymacs” Stemmler (28) also reacts again and again to videos from others. But that now backfired: a video that Trymacs wanted to react to was suddenly about himself.

What was that video? Trymacs reacted to a video of the meeting of three controversial content creators: The YouTuber ApoRed has recently made headlines mainly with his finances – now he interviewed the influencer Raffaela Raab together with his buddy Leon Machère.

Raffaela Raab mainly publishes content on animal rights under the name “Die Militante Veganerin”. Her views and her demeanor are perceived by many as exaggerated and radical.

All three people are well-known in the YouTube scene and are attractive figures.

Trymacs apparently expected good entertainment and content for his own channel from the meeting of these personalities. He had already reacted to a previous part of the conversation and this video again promised one thing above all: a lot of foreign shame.

The “Trymacs mode” as a marketing strategy

How did Trymacs get involved? While ApoRed, Leon Machère and Die Militante Veganerin are eating vegan burgers together, they are talking about the animal rights activist’s online presence.

The vegan admits that there is a concept behind her supposedly radical appearance. She thought about how she could best help the animals and used her marketing experience.

ApoRed comments on the explanation that the vegan has “activated the Trymacs”. At the mention of his name, Trymacs pricked his ears. The Twitch streamer did not understand what the statement meant – or why it was suddenly about him.

What does “enable the Trymacs” mean? ApoRed explains that Trymacs would pretend to be “lost”, ie more clueless than he actually is. The YouTuber goes on to say that Trymacs is simply not a “real rabbit” like himself and without cameras it is probably very different than when they show him.

Trymacs can only think of one thing: “Oh, shit.”

A so-called streamer persona is actually nothing unusual and for some it is an important part of their brand. Think, for example, of Dr. Disrespect, who only appears in the stream wearing a wig and sunglasses. Or to the WoW streamer Asmongold, for whom his own persona was too much.

However, Trymacs wants nothing to do with it, insisting on being authentic.

Trymacs says he doesn’t have time to pretend

How does Trymacs react? At first he is totally stunned. Above all, ApoRed obviously doesn’t want Trymacs to be accused of something like this: “The real rabbit? Everything he said on cam, all his videos, everything was a lie!”

Also, according to Trymacs, he can’t pretend that much. After all, he was live for 1,800 hours this year, would also film an hour and a half of podcasts and appear in other videos, how is he supposed to constantly pretend.

Trymacs describes itself as a “Youtuber/Streamer without skills” and has already generated content by letting its buddies pull it along in the shooter Valorant. And yes, even these lacking skills should be authentic:

That I’m shit in the games when I die from fall damage in Fortnite and Minecraft – yes, that’s the way it is.

You can see Trymacs’ full reaction here. away 31:34 it’s about the twitch streamer.

One of the projects keeping Twitch streamer Trymacs too busy to pretend is his soccer event on Joyn. However, after the entertainer Stefan Raab threatened a fine of over €500,000, the show cannot take place on ice as planned.