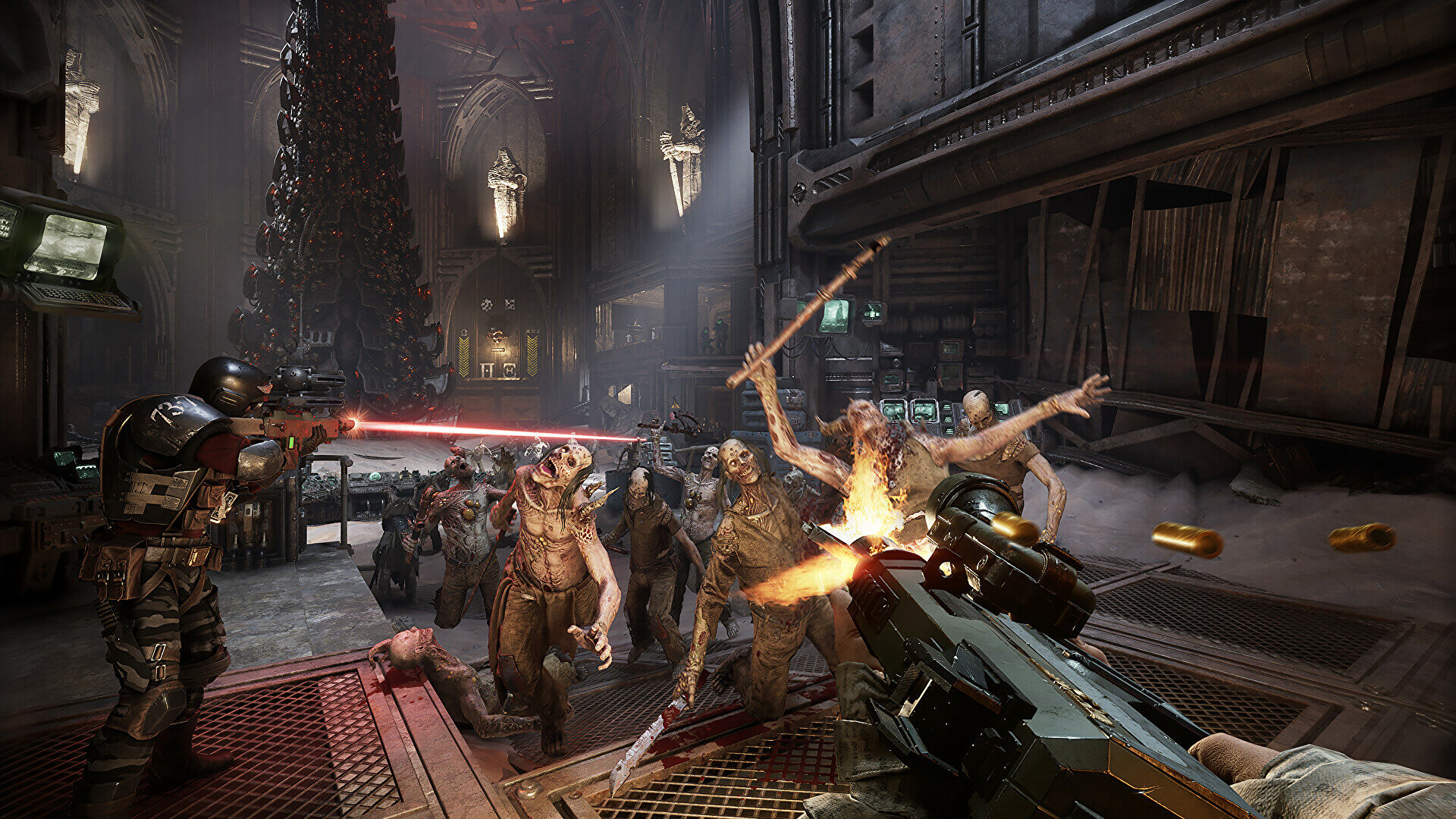 Warhammer 40,000: Darktide developers Fatshark have announced that they’re delaying the co-op horde shooter’s seasonal content in order to focus solely on addressing “the feedback that many of you have.” That feedback is best witnessed via the recent Darktide Steam reviews, which sit at “Mostly Negative” after 8471 submissions. Specifically, Fatshark say they’re going to improve crafting, stability and performance.

“We take enormous pride in our ability at Fatshark to deliver a game that millions can enjoy. This was what we set out to do with Warhammer 40,000: Darktide – to create a highly engaging and stable game with a level of depth that keeps you playing for weeks, not hours,” begins Martin Wahlund, Fatshark CEO in an open letter to players.

“We fell short of meeting those expectations.

“Over the next few months, our sole focus is to address the feedback that many of you have. In particular, we will focus on delivering a complete crafting system, a more rewarding progression loop, and continue to work on game stability and performance optimization .”

Fatshark are delaying not just the seasonal content, but the launch of “premium cosmetics” and its Xbox console edition. “We just couldn’t continue down this path, knowing that we have not addressed many feedback areas in the game today,” Wahlund writes.

Darktide seemed destined for success. Fatshark previously developed the popular Warhammer Fantasy co-op shooters Vermintide 1 and 2, and a 40K version of the same concept which mixed melee and ranged combat seemed like a no-brainer. There were also several, hugely popular Darktide closed beta events leading up to release. Alas, the negative reviews on Steam have been consistent since launch, with an overall “Mixed” rating from 51,773 total reviews at the time of writing.

See also  Elden Ring - How To Remove Ashes Of War?

A scan of recent Steam reviews, most of which come from players with dozens or even hundreds of hours of playtime, sees people praising the “core gameplay” but finding it falls apart in the details of its crafting system, its progression systems, and its Options for how to play. Fingers crossed those issues can be resolved so people can have more fun smashing hordes to bits with pals.