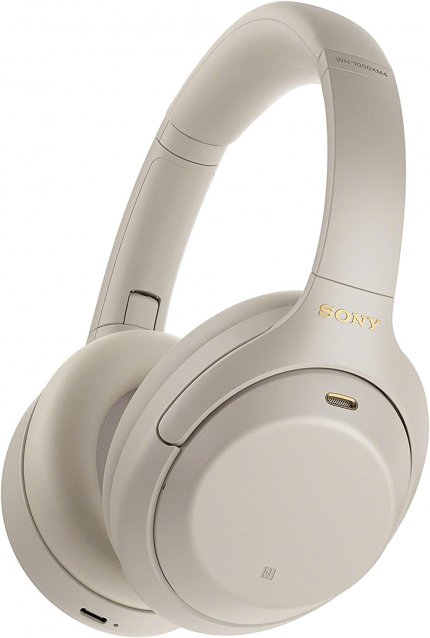 If you’re still looking for a bargain or two, you might find it at “Sony Brand Week”. Amazon grants some hefty discounts of up to 48% on smartphones, TVs, headphones (Bluetooth, in-ears), soundbars and camera lenses. The highest discount compared to the manufacturer’s price is on a Dolby Atmos soundbar, but televisions and headphones are also up to 40% cheaper. On the smartphone side, the Sony Xperia 10 IV and the Sony Xperia 5 IV are at the forefront. TVs can be bought in different price ranges and sizes from 43 to 75 inches, including 65 inch 120 Hz OLED sets for PS5 and fast gaming machines. As is so often the case with sales and discount campaigns, the offers are of course only valid while stocks last. Amazon does not name a specific end, but we assume that the “Sony Brand Week” will end on Sunday at the latest. Will the stocks last that long? That has to be proven.

In the area of ​​televisions, customers save up to 40% during “Sony Brand Week”. You can take the biggest discount with you on a 43-inch TV. With the Sony BRAVIA X72K from the year 2022, which has just ended, you only pay 479 instead of the RRP of 799 euros. However, tech-savvy viewers may find devices like the Sony XR-65A80K/P BRAVIA XR, a 65-inch model with an OLED display, more exciting. Thanks to 120 Hz, such TV sets are well suited for gamers who rely on PS5 and a fast PC. With the aforementioned OLED TV, you can currently save 27 percent on Amazon, a slim 700 euros compared to the manufacturer’s price. On top of that, there is a 24 + 6 month warranty period.

If you are looking for a new smartphone, you do not automatically have to go to Apple and Samsung. A possible alternative is the Sony Xperia 10 IV. Amazon sells it as part of “Sony Brand Week” with a discount of 24%, saving users 120 euros compared to the manufacturer’s price. On the plus side of the Sony Xperia 10 IV, which is available in multiple colors on Amazon, is 5G, a 6-inch OLED display, 6 GB of memory and dual SIM. The particularly long guarantee period of 24 + 6 months is exclusive to Amazon. The latter also applies to the Sony Xperia 5 IV as “24 + 12”. Here, among other things, there is a 6.1-inch OLED display with 4K, HDR and 120 Hz, 8 GB of RAM, a triple camera with optical zoom (ZEISS T*) and a 3.5 mm audio output. Last but not least, with the Sony Xperia 5 III 5G you can buy an older version of the smartphone at a bargain price.

Headphones with Bluetooth: Up 42% on Sony in-ear and over-ear headphones

A new smartphone or the new TV, many have that on their screens. However, most people underestimate a good soundscape and rarely use the new headphones. Models from Sony can now also be bought cheaper on Amazon. You save a whopping 42 percent with the Sony LinkBuds. These are wireless in-ear headphones that are connected to smartphones and the like via Bluetooth. In this case, Sony primarily has joggers in mind. The ring design should allow them to continue listening to conversations and street noise. In addition, Sony describes the headphones as waterproof according to IPX4, while the manufacturer specifies the battery life as up to 17.5 hours. Also discounted are the WH-1000XM4 wireless Bluetooth noise canceling headphones, the Sony INZONE H7 Wireless Gaming Headset – 360 Spatial, the Sony INZONE H3 gaming headset and the Sony WF-1000XM4 True Wireless – Noise-cancelling headphones” (in-ear).

Buy Sony headphones from Amazon: For sports and gaming with PC and PS5

Do you already have a TV, are you happy with your smartphone and no longer need (Bluetooth) headphones? Maybe it’s more of a soundbar or a lens that Amazon is addressing you with as part of “Sony Brand Week”. The “Sony HT-X8500 2.1 channel Dolby Atmos” soundbar is 48% below the manufacturer’s recommendation, and the “Sony HT-S40R 5.1 channel” soundbar also saves a lot. It is a solid 110 euros cheaper. Also out of the ordinary is the Sony SEL-55210 telephoto zoom lens, which is 46% off the RRP. You can find these and other exciting offers in Amazon’s “Sony Brand Week”.

In addition to Sony TV, smartphones and headphones: top offers in our Daily Deals

In addition to smartphones, TV sets and headphones from Sony, there are tons of top offers in our Daily Deals, which are updated daily: graphics cards, motherboards, gaming monitors, gaming mice, gaming chairs, televisions, gaming highlights and many other products for PCs -, PS5, Xbox and Nintendo players from Amazon, Media Markt and Co., often at greatly reduced prices. But we also present selected hardware store bargains every day in the Daily Deals.