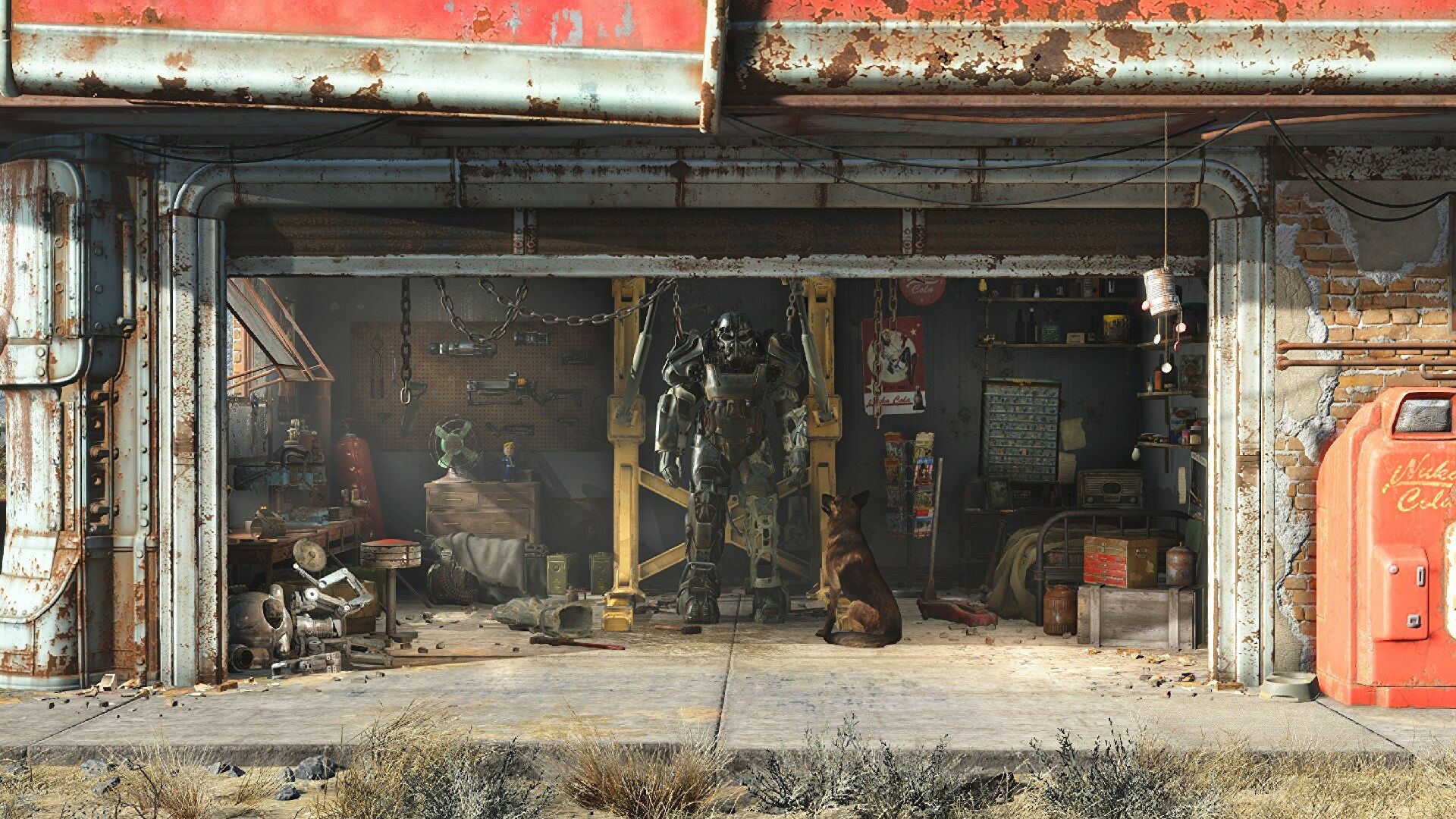 Sneaky new photos taken of the set of Amazon’s Fallout TV adaptation have been shared on Twitter that show one of the retro-futuristic series’ Red Rocket gas stations being built. While the chain’s distinctive rocket doesn’t feature in any of the snaps, all taken by J Carson in New York state, you can clearly make out the Red Rocket branding on its sign and bright red atomic fuel pumps. The whole look is very post-apocalyptic, dilapidated with beaten up 1950s-style American cars parked around the forecourt.

Red Rocket garages originally showed up in Fallout 3, the first installment in the series that was handled by Bethesda. You can find plenty of the space-age service stations in Fallout 4 and Fallout 76, too. In the frankly ludicrous and highly unrealistic Fallout universe, overreliance on fossil fuels ignited resource wars in the 2050s. Red Rocket was established as a company before that, and before the ultimate nuclear apocalypse just a few decades later in 2077. The future’s either nukes or cyberpunk, take your pick.

Fallout’s telly adaptation will feature David Lynch’s favorite actor lad Kyle MacLachlan, alongside Walton Goggins playing one of the series’ irradiated ghouls. The show is being developed by Westworld creators Lisa Joy and Jonathan Nolan, who’ve got plenty of experience with sci-fi stuff like robots, dystopias, and really weird theme parks. While set images from inside a vault have leaked before, we’ve only had one official glimpse of the Amazon series so far. A photo of someone leaving a vault and stepping out into a very bright place was shared in time for Fallout’s 25th anniversary back in October.

There’s still no air date yet for the Fallout TV show. We’ll let you know when one crops up.