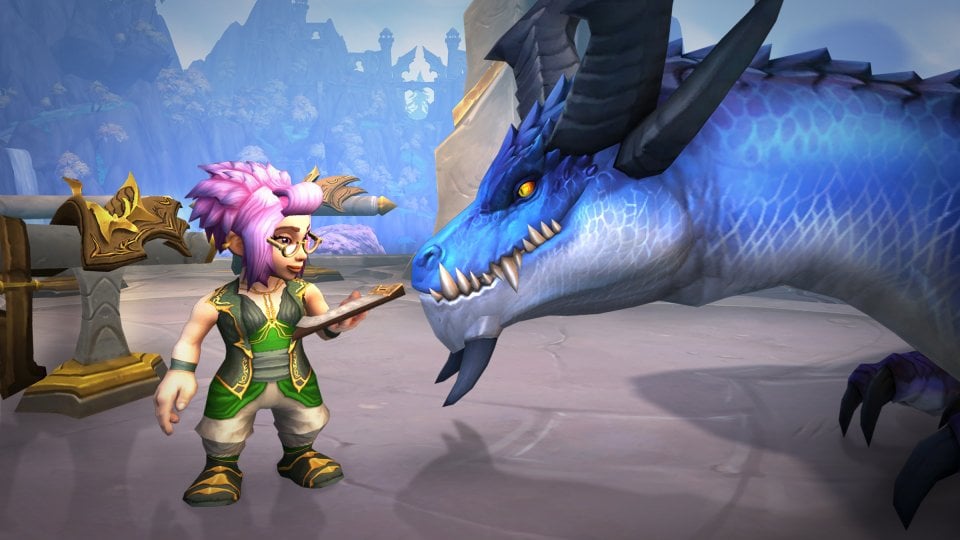 The big feature of WoW: Dragonflight, in addition to dragon riding and the revision of crafting, is certainly the introduction of dual talent trees. These should not only bring more playful depth to the classes, but also replace the antiquated systems of borrowed power. Instead of pacts, artifact weapons or Azerite armor, the talent trees should bring enough variety and keep our specs fresh for a long time.

Of course, this also means that since the launch of Dragonflight, our playstyles have had access to a significantly larger set of talents and abilities. Although this offers more freedom in designing your own talent distribution, it also makes the classes more complex and has a few disadvantages – especially in the area of ​​balancing. The more talents and abilities there are, the harder it will be for developers to balance properly. But that shouldn’t be the topic today. We want to see whether the increase in talents and abilities has also led to more fun in the game.

The new talent trees have not only taken over pretty much all the talents from Shadowlands, but also packed various legendary effects, pact abilities, media, Azerit perks and God knows what else in the talent trees. Interestingly, for many classes, this didn’t affect the gameplay at all. Whether you get the effects A, B and C from the talent tree or from three different sources (Talent, Legendary, Pact) doesn’t matter at the end of the day.

See also  Roundup: "Hands-on" First Impressions of Valve's Steam Platform - How does it stack up against the change?

In addition to the dragons, the talent trees are the focus of WoW: Dragonflight.
Source: Blizzard

In other classes, however, there are noticeable differences. This is mostly due to the fact that the distribution in the talent tree now allows combinations that were previously out of the question. Some of these contain strong synergies, which in turn ensure a different and sometimes more fun way of playing.

The more talents and the new trees also invite you to try them out – in theory. The developers had hoped that we players would try different combinations over and over again, ultimately resulting in our own individual way of playing. But that only worked for a small percentage of the players. Some of these tinker with their talent trees to find the perfect spread for a specific boss fight or dungeon. It’s not about personal preference, it’s about pure calculation to be as effective as possible. Others actually just use the skills they enjoy – regardless of DpS and HpS. The latter are usually rarely on the road in raids or higher keystones.

In fact, there are players who have a lot of fun working their way through the many talents and painstakingly tinkering with their own distribution. For these players, the new trees are a boon and a lot more fun than seven rows of three talents each. For (estimated) 80 percent of all players, however, this is not a factor. They use Blizzard’s entry-level distribution or copy ready-made distributions from external websites or their fellow players. However, it must also be noted that they do not have a disadvantage from having more talents.

The Moon Festival 2023 on the WoW live servers comes with a small Dragonflight expansion: There are 8 new elders to find!

WoW quick tip: Unlock revive catalyst – this is where you start the quest

Since this ID, players in WoW: Dragonflight can unlock the revival catalyst. We’ll show you where the quest for it starts.

In addition to the talents, the amount of abilities in many classes has also increased considerably. In many cases, however, these include skills that you will rarely if ever use in your actual way of playing. Holy paladins don’t need a shield of the righteous, and as a druid tank you’ll rarely use Starsurge. As a result, the increase in the number of skills is not as great as might be feared at first glance.

Nevertheless, there are a number of ways of playing that, in direct comparison with Shadowlands, now have to accommodate more skills in the action bar. With some styles of play, such as the hunter, this is still relatively manageable. For others, like paladins or monks, the differences are much more pronounced.

Whether the “more” has a positive or negative effect depends primarily on how much comes out in the end. Because many skills do not necessarily mean a good way of playing. Contrary to logic, many skills don’t even have to make for a particularly complex way of playing.

Let’s look at playstyles like Retribution Paladin. In Dragonflight, this now has a rotation consisting of up to twelve different abilities. There are also cooldowns with a cooldown of more than a minute, interruptions, control effects, sprints, blessings and countless other useful abilities. The twelve skills mentioned are pure DpS rotation. It’s going to be difficult to fit all these skills in a way that they’re all within reach with a normal-sized hand on the keyboard.

A really exciting rotation does not result from the amount of skills. Especially when the synergy consists of using a large chunk of them always together and always in the exact same order – castsequence macros send their regards. Other classes and ways of playing show that there is another way. Marksmanship hunters have fewer buttons, but have a rotation with more depth and complexity thanks to various resources and synergies. 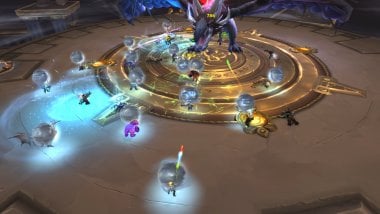 In my opinion, adding more and more skills only works if they are properly incorporated into the rotation. An absolutely negative example would be the exorcism of the retribution paladins. The iconic ability returned with Dragonflight, but it’s as unpopular as ever. Because it is completely outside of the normal rotation. It generates no resource, costs no resource, and does not boost other attacks. She deals her damage, leaves a debuff and that’s it. This is gameplay as deep as “plus ten damage on auto hits”.

The Beast Mastery hunters have shown for years that many players also prefer playing styles with rather few skills. The spec works great with just a few buttons and is consistently popular – and it’s not always because of its DpS potential. In contrast to other specs, the number of players remains quite high here, even when other ways of playing are stronger. This shows that the simple gameplay appeals to many players. This leaves more room to focus on bosses or dungeons, or just enjoy the open world – instead of constantly keeping tabs on thirty cooldowns and resources.

“More is always better” is a popular principle with which I agree in many places. In the case of talents and skills in WoW (buy now ) I see things a little differently. Here I would prefer a meaningful ability that fits well into the rotation and play style to ten new skills, seven of which are unused in the talent tree and three clog up the action bars without offering any added value in the game. 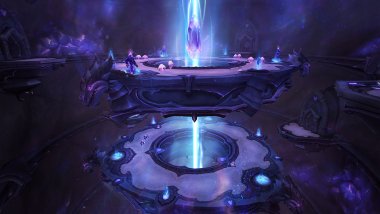 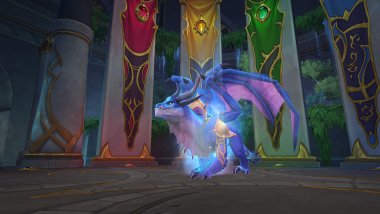 In my opinion, you should have deleted some skills with the switch to the new talent trees if you really wanted to make new ones relevant. However, the unused talents and abilities do not harm anyone per se. Nevertheless, the developers should find a way to use them. Let’s put it carefully this way: If all my used talents are nerfed and all unused ones are buffed for WoW Patch 10.1, so that I get a completely new way of playing, I would be very happy.

Do you also think that we have too many abilities in the action bars, spell books and talent trees in Dragonflight? Or does it not bother you if your rotation consists of a double-digit number of skills and there are dozens more lying around unused in the talent tree? What amount of buttons do you think you should need for the perfect gameplay – excluding cooldowns, interrupts, etc. of course.