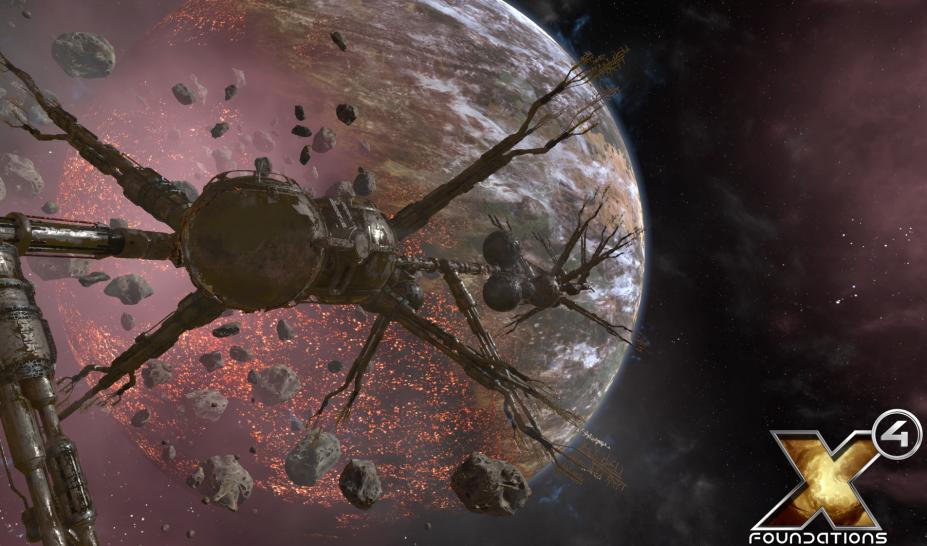 01/25/2023 at 09:32
from Rhonda Bachman –
The developers of the space sandbox X4: Foundations recently announced major changes for the game. So the current part of the X-series with “Kingdom End” gets a new extension. In addition, X Tech 5 is a new generation of the graphics engine that promises major visual improvements.

There are some new features for the space sandbox X4: Foundations. The developers at Egosoft have announced a new extension that is due to appear later this year. The now fourth expansion “Kingdom End” brings the players a reunion with the Borons. Additionally, with Update 6.00 and X Tech 5, the graphics of X4: Foundations will be overhauled. The game recently received the Tide of Greed expansion.

Update 6.00 is said to bring improvements in graphics and gameplay

According to the developers, X Tech 5 will be the next generation of the X4: Foundations graphics engine (buy now ) act, which is said to contain major visual improvements. In addition, the update brings with it a more powerful physics engine with performance and function improvements, which should still remain compatible with the existing savegames. The new physics engine is called Jolt Physics and aims to allow players to feel the full force of acceleration and deceleration while controlling their own ship.

One of the main goals of X Tech 5 should be a natural-looking sunlight in space. Reflection probes should significantly improve the lighting situation in cockpits, on bridges and on stations and fit seamlessly with the SSR – Screen Space Reflections. With Parallax Occlusion Mapping, the developers want to give surfaces in the game additional detail and depth.

In addition to the graphical improvements, update 6.00 should also bring some changes to the gameplay. With the new “Defense of Positions” feature, players in X4: Foundations should be able to defend multiple locations with a single carrier fleet. In addition, the new camera mode “Live Stream” was announced, which aims to present players with the most interesting moments close to the action. Some of the new features are already included in the first public beta of update 6.00. Other features are said to be in the works.