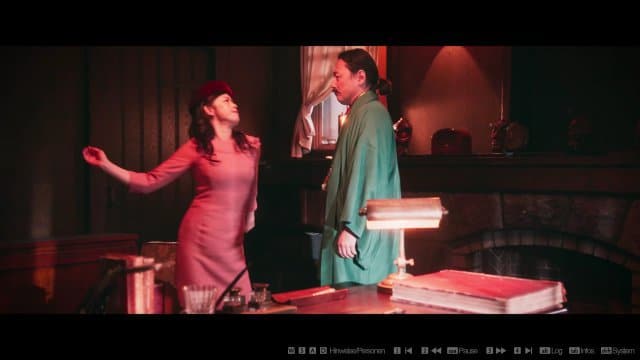 The curse of the trash decade

The heyday of interactive movies or full-motion video games (FMV) was a bit back in the mid-1990s. And it was over quickly too. No wonder: lousy actors and amateurish productions often spoiled the cinematic enjoyment. And simple AB decision questions, which led to corresponding video snippets, are mechanically – as you could read yourself at the beginning – no longer full-length. The fact that the few genre representatives that are still known today were often more than pure FMV games confirms the rule: Parts 3-5 of Chris Roberts’ Wing Commander series were not only convincing as elaborate space operas with stars like Mark Hamill and Malcolm McDowell or erm… Smudo, but also thanks to stable 3D space battles. And with Gabriel Knight 2: The Beast Within, designer Jane Jensen not only revealed the secret identity of the Bavarian fairy tale king Ludwig II as a hearty werewolf, but also presented her absurd morality as a thoroughly usable crime thriller adventure game.

An exotic as a curse breaker

The waddle tree is about to fall over! The acting performance sometimes slips into comedy excellence. At least you always know what is meant.

Interactive game films have not been able to shake off the trashy barn smell acquired in the nineties. And so it has become extremely rare for game designers to rely on filmed sequences. Sam Barlow’s award-winning video thriller Her Story didn’t trigger a turnaround in 2015 either. And so The Centennial Case: A Shijima Story will be released in 2022 as an absolute FMV exotic that does away with an old prejudice of the genre: the mystery adventure about the venerable Shijima family and a hundred-year-long series of murders looks surprisingly good ! The traditional Japanese architecture of the family estate and its artistically designed garden, including a spectacularly blossoming cherry tree, provide a light-flooded, atmospheric contrast to dark secrets. An experienced creative team is responsible for this: director Koichiro Ito (Metal Gear Solid 5), cinematographer Yasuhito Tachibana (The Naked Director, Netflix) and producer Junichi Ehara (NieR:Automata). The trio sends you on the trail of crime in the form of crime writer and amateur detective Haruka Kagami. 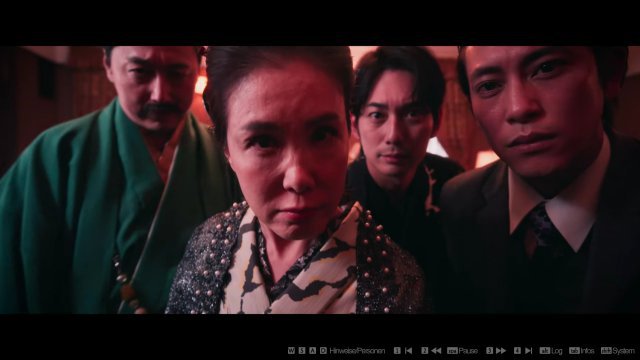 Alas, you make the wrong decision! Then the actors break the fourth wall and berate you as!

Only through careful observation, skillful questioning and logical conclusions does the writer have a chance to unravel the secret of the Shijima clan from an initially confusing network of legends, unsolved murders and suspicious family members. In order to spoil as little as possible, here are just the key data: Eiji Shijima, the middle scion of the current family generation, hires his buddy Haruka to accompany him to his parents’ house after many years of absence. Eiji has become estranged from the rest of the traditional Shijimas and smells bad about the upcoming cherry blossom ritual. Rightly so, because soon acts of violence shake the house blessing, literal and metaphorical cellar corpses are dug up and old stories about the toki fruit, which is said to give immortality, gain new topicality. 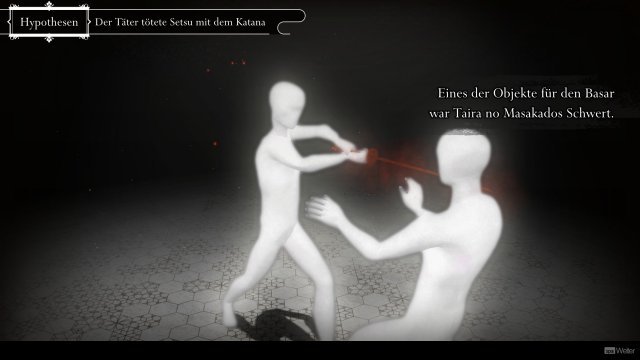 Hypotheses are presented with still images or stylized animations. Nevertheless, they can always be false leads.

The cast, led by the likeable lead actress Nanami Sakuraba, carries the surprisingly extensive plot for an FMV game with solid acting. Facial expressions and gestures are always clearly legible, but therefore not very subtle, on the verge of exaggeration. There is a simple reason for this: In the film scenes of the Shijima Story you have to observe carefully. The solution to a case is often hidden in an inconspicuous subordinate clause and the emotions of those involved provide important clues. The scrutinizing look at their real filmed faces works much better than, for example, the uncanny mine game of the 3D characters from Rockstar Games’ modern detective classic LA Noire. However, the fact that the actors repeatedly have to take unnaturally long breaks so that the user interface can display possible decisions reinforces the impression of the virtual murder mystery dinner. But those who get involved and don’t expect hyper-realistic documentary theater will get six entertaining chapters with a Japanese or (moderate) English soundtrack.