Cyberpunk 2077 can still do it: sales increase by 600 percent after the next-gen upgrade 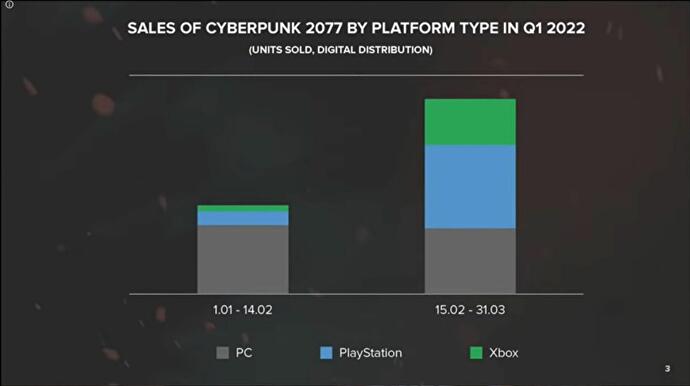 Earlier this year, the title received the next-gen patch for PS5 and Xbox Series consoles, which gave developer CD Projekt Red a 600 percent sales increase over the previous quarter. The studio announced this at its quarterly financial conference.

Adam Kiciński, President of CD Projekt Red, spoke at this conference about the achievements of all the studio’s titles. What was particularly surprising was the success of Cyberpunk 2077. As you can see in the chart below, PC sales declined slightly while Xbox and PlayStation sales soared.

You can watch the full conference in a video. The Cyberpunk 2077 section starts at minute 28:20.