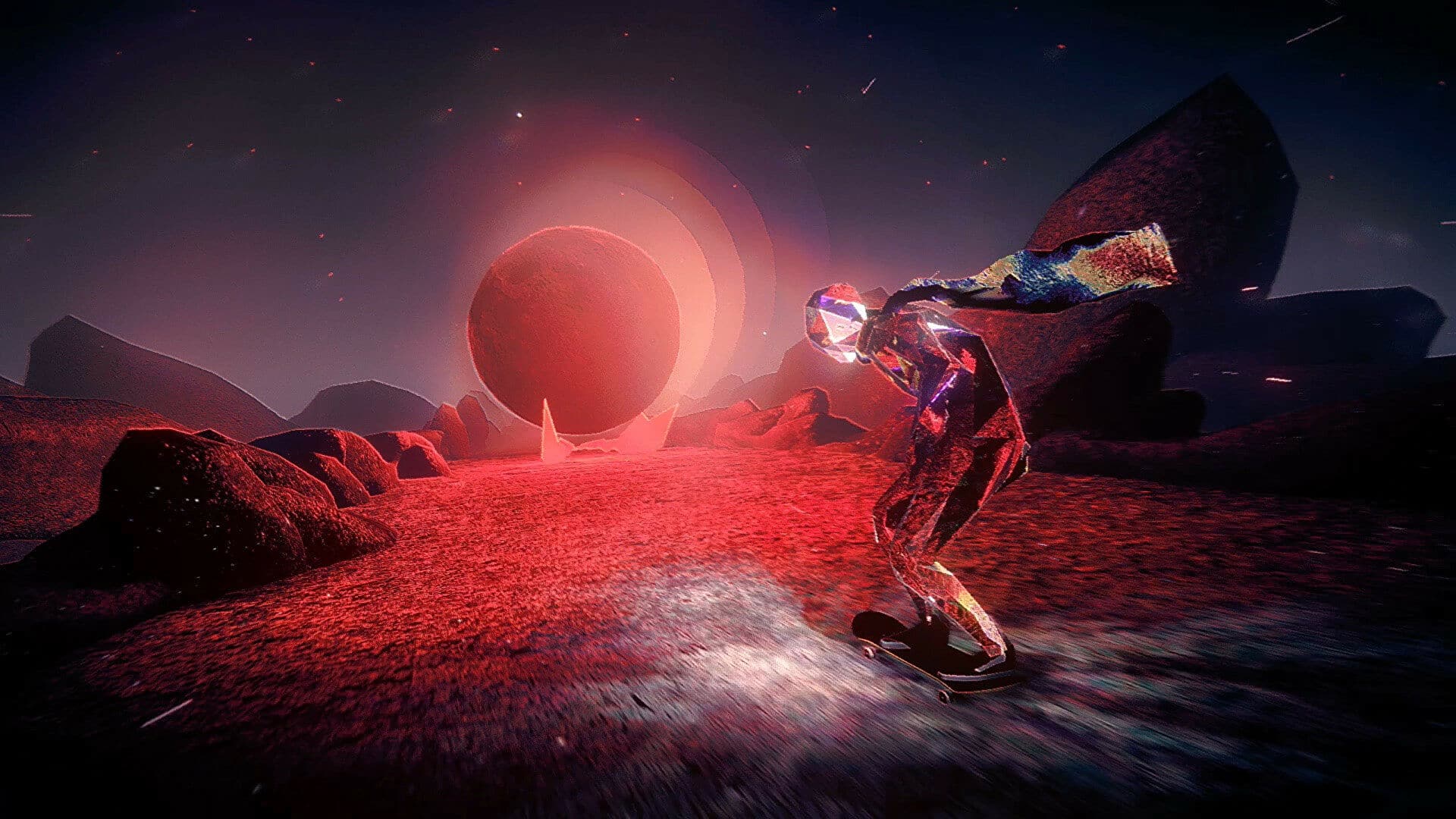 Skate Story has been grinding along for a couple of years, promising a skateboarding game set in an ephemeral world of ghostly corridors and unending paths. The last we saw of it was back in 2020. It resurfaced tonight during Devolver’s not-E3 showcase, and dang: it’s transformed into one of the most beautiful games I’ve ever seen.

Let’s be clear, it’s not like it looked bad before, but its abstract world looked spartan. Now it seems to contain cityscapes rendered as particles of light and inhabited by polygonal spectres, sparkling diamonds and vehicular orbs. The camera angles, the soundtrack, the texture of it all; it’s lush in a way that makes me want to play it immediately.

As for how it feels, Skate Story apparently falls midway between the push-button trickery of Tony Hawk and the analogue wobbling of EA’s Skate. You’ll use analogue sticks to lean your body, while triggers allow you to adjust your stance and button presses propel you forward. I suspect it’ll be Brendy (RPS in peace), master of boards, who eventually tells you more of whether it’s worth your time.

I like the trailer’s scant few words: “You are a demon made of glass and pain.” Yes, I would like to be that in a game. Also, as I age, I’m increasing that in real life. I fell asleep on the couch for 30 minutes on Monday and woke up with something called “popeye’s elbow.” Napping caused me to start to turn into a cartoon character. Getting on a skateboard would definitely cause me to shatter into a million pieces.

Skate Story is currently aiming for release in 2023. You can see more screenshots onSteam.