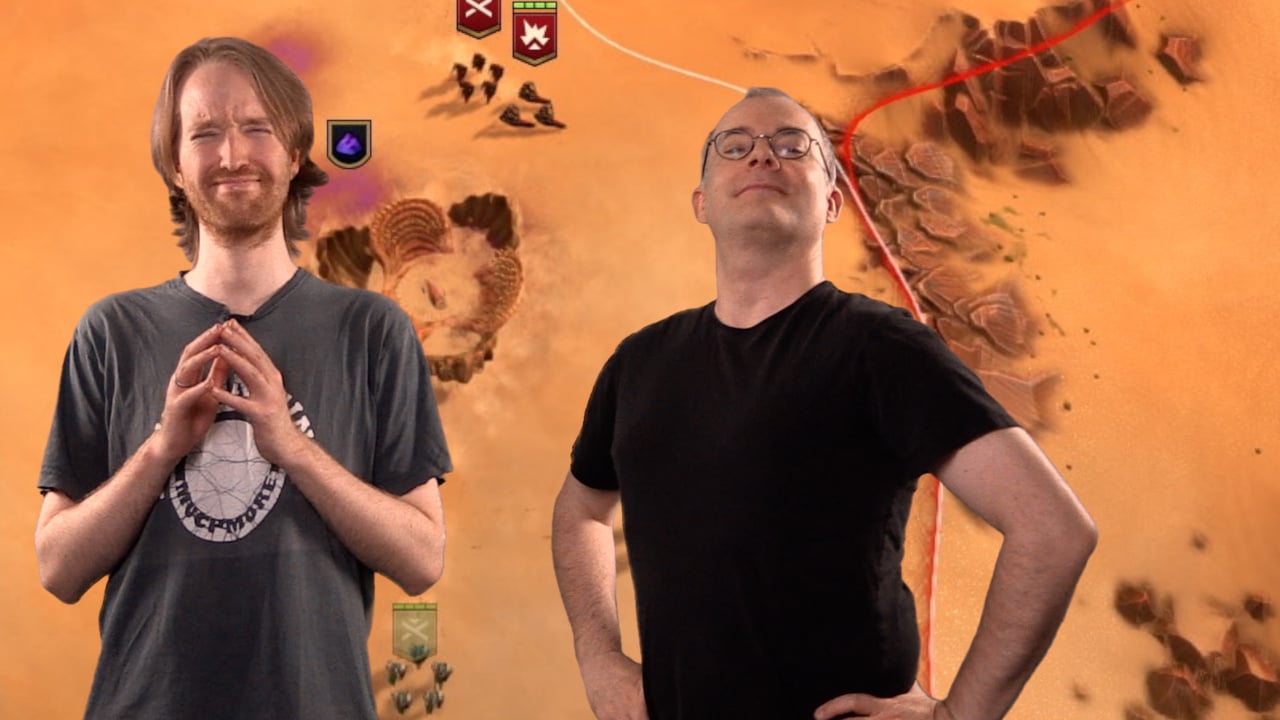 In the recently released Dune – Spice Wars multiplayer mode, Harkonnen-Hagen and the noble Jörg Atreides fight for supremacy over the Spice!

So far Jörg could only AI minions in Dune-Spice Wars put them in their place (to be seen in the quarter hour). But now Shiro Games has given the Early Access title a multiplayer mode. In the strategy title you not only fight against the enemy, but also against the lack of resources on the desert planet Arrakis. On the other hand, there is no shortage of biting sandworms.

Jörg challenged Hagen to a duel and he took up the gauntlet. With the military might of the nefarious Harkonnen, Hagen plans to take on Jörg’s Atreides faction. Who will end up bathing in the Spice and who will end up ranting more fervently about the worms?