Diablo Immortal is offline for 2 hours today – where are the patch notes? 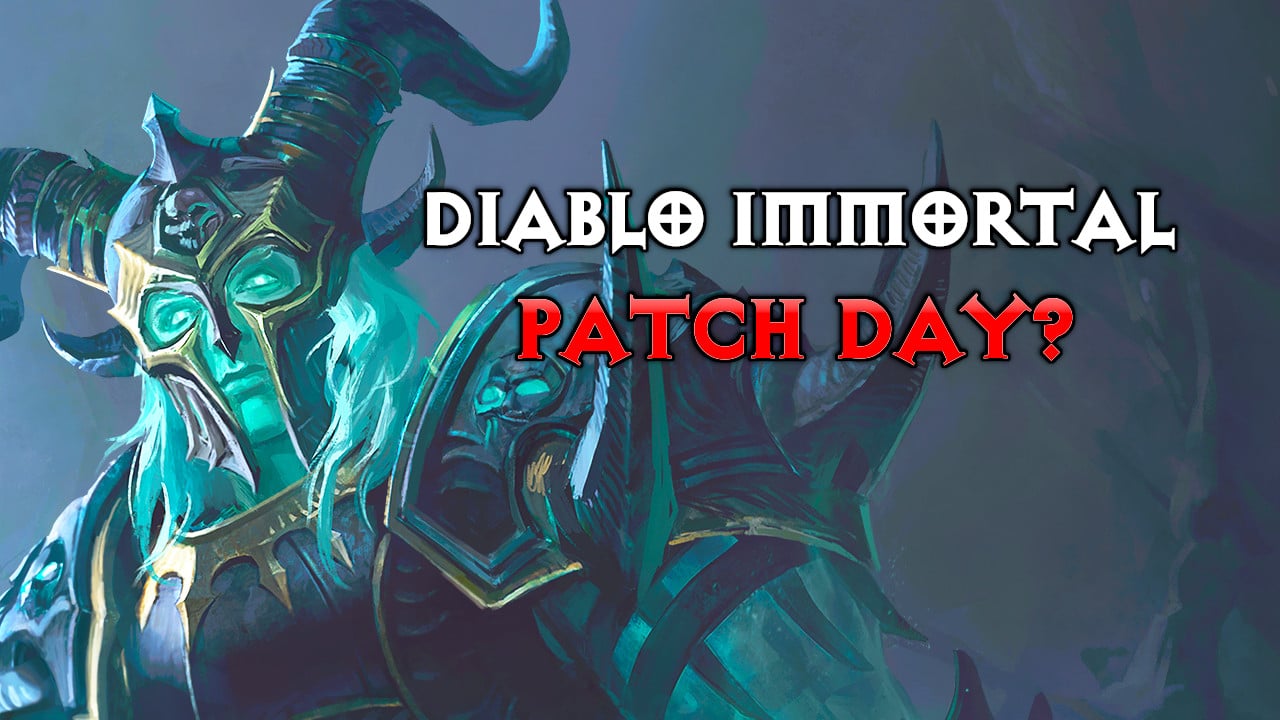 Today, June 6th, the Diablo Immortal servers are down for maintenance for the first time. After more than a month, players are now eagerly awaiting the first update. Read everything about the patch and the patch notes here.

When is the maintenance work? From 10:00 a.m. German time, the servers are to be maintained worldwide. This is probably mainly to prepare for the launch of Diablo Immortal in Asia.

The servers will probably not be available until 12:00 p.m. However, it is more common for maintenance work to be completed earlier or take longer. We’ll keep you up to date here.

The maintenance work is the first since the release of Diablo Immortal. Accordingly, the expectations of the players are high, they hope for a number of improvements: Diablo Immortal is 1 month old – how is the controversial mobile MMO doing now?

In the video you will find everything you need to know about Diablo Immortal in 3 minutes:

What’s in the update? Since the Battle Pass ends right at the start of the maintenance work, there is new content here in particular. So far there are no official patch notes.

However, from some previous news from the developers and the roadmap for the Asia release, it can be deduced what the update could entail:

Technical improvements are also pending, especially on the game’s PC client. This is currently still in a beta. However, since the Asian countries apart from China also get the PC client, Vietnam even exclusively, errors should be fixed here.

A revision of the reward system would at least be appropriate, as many players here complain that it doesn’t work that way. There could be major problems with the most important currency for Free2Play players, which is slowly becoming scarce.

Keep in mind that these are currently guesses. As soon as official patch notes are available, we will post them here.

What’s next? We already know some future features. For example, with an upcoming update it will be possible to simply change your class. This allows you to simply look at other classes without having to level up new characters.

You can read which classes are the strongest in our tier list for Diablo Immortal. In the video you will find gameplay for all classes:

New classes and story content have also been confirmed. In addition, Diablo Immortal regularly gets new raid bosses. The 1st new boss from Hell’s Reuliquiar has already appeared: Vitaath, which is far too difficult. A new boss will be unlocked every month.

When and how exactly the campaign will be continued and the new content will come, we do not yet know. MeinMMO has already asked Blizzard for more information and a roadmap for the future, but have not received any information yet.

Diablo Immortal is a service game that is to be constantly developed. So far, however, there are still no major updates and their information. The goal is actually a role model like WoW:

Bosses on Diablo Immortal: “We’re going to be like World of Warcraft”