In the new PS Store sale you can still get great PS4 and PS5 games for less than €15.

Next to the July offers There is a second big sale going on in the PlayStation Store, where you can get over 600 games for PS4 and PS5 for less than €15 each. The promotion runs until 1 a.m. on July 21st. In this article we have listed ten highlights and briefly explain why and for whom the purchase is worthwhile. If you prefer to rummage through the enormously long list of offers yourself, you can find them here: With the Metal Gear Solid 5 Definitive Experience you get the main game the Phantom Pain, the prequel Ground Zeroes and all 46 DLC content, including two new missions and many in-game items for only €3.99. Metal Gear Solid 5 received top ratings when it was released, mainly because of the gameplay. When completing the missions in the wide, open areas, we enjoy an impressive playful freedom, which is not least due to the huge selection of weapons, equipment and vehicles. The story is unfortunately a bit lengthy, but MGS 5 scores with a motivating upgrade system that lets us build our own base.

Metal Gear Solid 5: The Definitive Experience instead of €19.99 for €3.99 in the PlayStation Store

Instead of just sitting in the dark metro tunnels beneath Moscow, in Metro Exodus we embark on a journey across post-apocalyptic Russia by train. Although there are still dark tunnels and caves here and there, in which the horror atmosphere of the first two parts comes up, Metro Exodus is overall a slightly different game than its predecessors. As we explore vast, open areas of forest, desert, and swamp to find a not-too-dangerous place to live for our small group of survivors, the first-person shooter is more reminiscent of titles like Fallout or Stalker. The gripping atmosphere of the end of time, which is created by the many traces of former inhabitants of the regions, also contributes to this.

With the EA Family Bundle you get three games from Electronic Arts for only €3.99. The platformer Unravel is particularly attractive because of its beautiful graphics and its cute protagonist, the woolly figure Yarny. The colorful multiplayer shooter Plants vs. Zombies: Garden Warfare 2, in which plants and zombies compete against each other in teams, convinces above all with its large selection of character classes, which play very differently. The racing game Need for Speed, on the other hand, has some weaknesses, for example in the design of the game world, but the fast-paced arcade races are still a few hours of fun. The bundle is definitely worth the low price. Assassin’s Creed Syndicate is for those who want a traditional Assassin’s Creed that hasn’t evolved as much into an action role-playing game as the more recent installments, but which is still more than just a copy of its predecessors. The open-world action game set in Victorian London also has some of its own ideas, such as the change between a male and a female main character, the carriage rides and the grappling hook, which makes it much easier to climb high buildings. At the same time, there is still enough room for the well-known assassin gameplay, which places a lot of value on the proven sneak mechanics.

Assassin’s Creed Syndicate instead of €29.99 for €8.99 in the PlayStation Store


Ni no Kuni: The Curse of the White Queen – Top-J-RPG review video

In the JRPG Ni no Kuni: The Curse of the White Queen we play the young Oliver who has to travel to a fantasy world and defeat an evil wizard and his minions there in order to save his mother. He is helped by his companions, who join him along the way, as well as his magical abilities, which he develops over time. The fights take place in a mixture of real-time and turn-based tactics. We can move freely, but time freezes as soon as we choose an action. In addition to the story, which is told in elaborate anime cutscenes, the orchestral soundtrack creates a dense atmosphere. The remastered version brings significant improvements in graphics and performance. 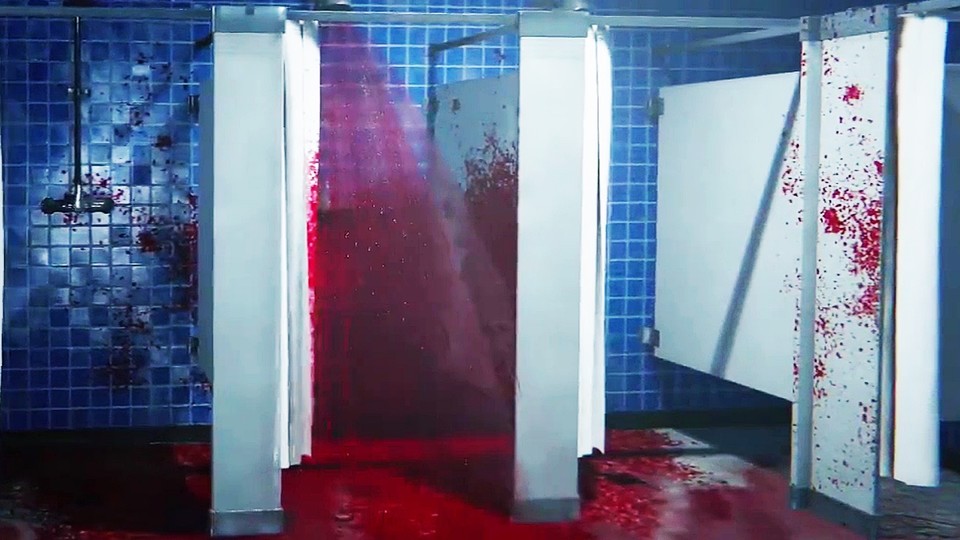 You can get the horror game Outlast 2 a whopping 90 percent cheaper and for just €2.99. We take on the role of a journalist again. This time we are to investigate the mysterious death of a woman in a remote area of ​​Arizona. We quickly get on the trail of religious fanatics who from now on are hunting us. As in the predecessor, we cannot defend ourselves against our enemies, we can only run away and look for a hiding place. Our most important tool is our camera, which we actually brought with us to document the evidence, but which also helps us with our orientation in the dark thanks to its night vision mode – at least as long as we have enough batteries.

With inFamous Second Son you can now get the first big open-world hit of the PS4 generation for €9.99. We play the Native American Delsin Rowe, who one day discovers that he is not only a mutant with super powers, but that he can also steal the powers of other mutants. However, this calls the authority DUP and their shady boss on the plan, who then attacks Delsin’s tribe. In the fight against the authorities we have a lot of playful freedom and can decide whether we use our powers considerately or brutally. Depending on this, we not only unlock different powers, but also change the story and the behavior of the civilians towards us.


With the Castlevania Anniversary Collection you get seven classics and a few bonuses for just €3.99.

With the Castlevania Anniversary Collection you get seven classics from the series that co-founded the Metroidvania genre. In addition to the typical comparatively open but very intricate level design, Castlevania also became famous for the dark art design inspired by horror films. Graphically you can see the age of the games, but in terms of gameplay the action platformers have held up surprisingly well, if you ignore the fact that the degree of difficulty of some parts is extremely high by today’s standards. As a bonus, you get the never-before-released Kid Dracula game in English, as well as a digital book about the history of Castlevania.

Castlevania Anniversary Collection instead of €19.99 for €3.99 in the PlayStation Store

The indie surprise hit Spiritfarer is a creative mix of building game, platformer and adventure. As the ferrywoman Stella, we are supposed to transport the souls of the dead to the afterlife, which, due to the cute graphic style, doesn’t seem as gloomy as it sounds. Before that, however, we still have to fulfill various tasks for the dead so that they can let go. Until we can do that, they live on our ship, so we have to provide food and shelter there. To do this, we collect resources on the many small islands that we can head for and explore. Not only does platforming come into play here, we also engage in dialogue with residents and trade.

Spiritfarer: Farewell Edition instead of €24.99 for €8.24 in the PlayStation Store You can get the anime soccer game Captain Tsubasa: Rise of New Champions for a quarter of the normal price, i.e. for €14.99 instead of €59.99. If you have PS Plus, you can get away with €11.99 even cheaper. Captain Tsubasa has nothing to do with comparatively realistic sports games like FIFA 22, and that’s not just due to the spectacularly staged special actions with flashes and slow-motion effects. The gameplay is much more about tactics and resource management than skill, as each special action requires willpower. In the single player, the two story campaigns are also in the foreground, and of course there is also a multiplayer with online leagues.

Captain Tsubasa: Rise of New Champions instead of €59.99 for €14.99 in the PlayStation Store