Drone: Police carry out distance control with DJI drone on A2 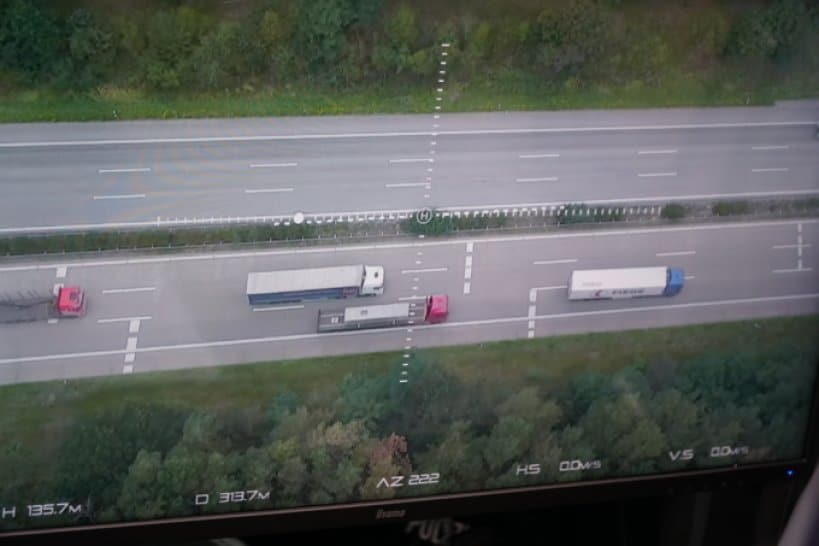 7/8/2022 at 6:23 p.m
from Claus Ludewig –
On Autobahn 2, the police are now using drones to check distance and document other traffic violations.

Amazon has announced that it will start drone deliveries later this year. Let’s start in Lockeford in the US state of California. In addition to this pilot project, drones are also used in a number of private households. Now the police are getting a taste for it too. In Brandenburg controls a drone on Autobahn 2 between Wollin and Brandenburg an der Havel for distance violations. A DJI Matrice M300 is used here, which flies at an altitude of around 100 meters. The Chinese manufacturer’s drone currently costs between 10,000 and 15,000 euros. For private use, DJI offers the Mini SE as a camera drone for only 289 euros.

Trapped 24 truck drivers in one day

According to the manufacturer, the range should be 15 kilometers. The DJI professional drone can be in the air for up to 55 minutes. In addition to the police in Brandenburg, the Hessian police and fire brigade are already using the digital helpers. According to the press release, 24 truck drivers were taken away by the drone on July 6th alone because they had not kept enough safety distance. After the distance violation was documented by drone, police motorcycles guide the truck drivers to a parking lot. Once there, the vehicle is also checked, as well as the correct load securing and other possible offenses, such as missing a break behind the wheel.

Six police drones are currently in use throughout Brandenburg, which are used for highway controls. Compared to helicopters, the police saves money, after all, an hour’s flight costs around 5,000 euros. In addition, drones are difficult for truck drivers to detect while driving. From a driving speed of 50 km/h, a minimum distance of 50 meters must be maintained, which corresponds to the distance between two delineators on the motorway. If you keep too little safety distance, you will be fined 80 euros and there will be a point in the traffic offender file in Flensburg. Serious road accidents are repeatedly caused because road users do not keep their distance.

Also worth reading: Drones: CE classes and new rules will apply from 2024

Collection for distance control via drone: