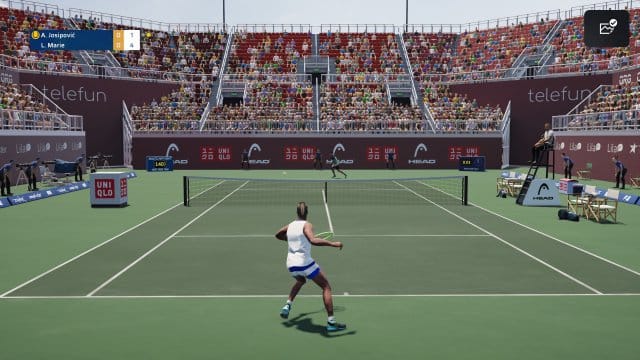 All currently relevant tennis video games come from the home of tennis legends Margaret Court, Rod Laver and John Newcombe as well as (for the slightly younger ones) Ash Barty, Leyton Hewitt and Nick Kyrgios. Since Sega and 2K stopped producing fresh felt ball Sims, the little ones have to fix it. In the last three or four years, they have managed this more poorly than well: Tennis World Tour 1 & 2 ended up below the 50% game fun mark, the two AO tennis episodes only slightly above it. Three of these four titles were programmed by the Australian Big Ant Studios – and the new Matchpoint Tennis Championships also comes from Down Under. Responsible is the independent studio Torus Games, which has been developing games since 1994, including many licensed titles for a young target group.

Looks nicer, but is only partially practical: the close-up camera perspective.

Together with the German publisher Kalypso – best known for its Tropico series – a new tennis game brand has now been created: Matchpoint Tennis Championships does not have Grand Slam tournaments or the ATP and WTA license, but has one few prominent stars at the start: Nadal and Djokovic are there, but among the 16 original athletes (11 men, 5 women) are well-known professionals. These include Muguruza, Keys or Azarenka on the one hand, and Nishikori, Ruud, Alcaraz, Rublev or Medvedev on the other. This means that a pleasing four athletes are available for men from the current ATP top 10, for women there are at least two from the top 20 places in the WTA ranking list. It’s nice that Haas and Henman are two successful players from the past – but the price tag of 5.99 euros for this already available “Legends DLC” package is ugly. The virtual athletes themselves are similarly unattractive: while the tennis courts still deserve the title “neat” from the typical game perspective, the players in the close-up look rough and not very lifelike.

A quick pan across the main menu suggests that everything that a tennis game needs is available here – but if you take a closer look, significant omissions become visible. For a “quick match”, for example, only three different surfaces are available, but there are no stadiums that look different. Although men and women are allowed to compete against each other, you will not find double matches in the game. The length of the quick matches is only one, three or five sets and the option of a super tie break (up to 10 points) – there is no really fixed round with two or three prize games. In addition, the choice of difficulty has been moved to the options, it is missing in the menu for the quick match. After all, this also means that you can simply adjust the difficulty during a match; That is practical. 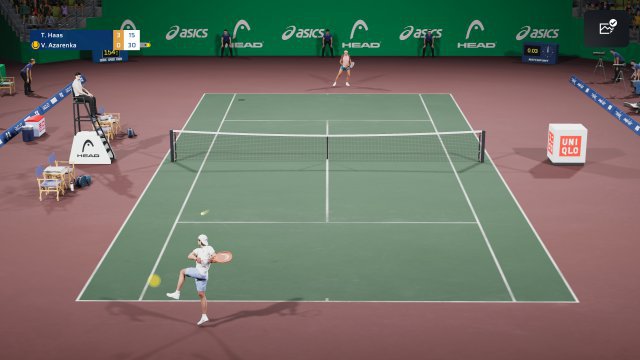 The point marks the spot: Your tennis pro hits where you placed the cursor.

Online, the options are even more sparse: There are ranked matches, games against friends and casual games (with region and cross-play settings), but you can neither choose the surface nor determine the length of the match (fixed is: one set) . On top of that, you don’t see any values ​​in the player selection – you have to remember the stats for serve, forehand, etc. of the individual athletes from the quick matches menu. A couple of my online games were bothered by stuttering on PS5, but I didn’t experience any stuttering on Xbox Series X. Willing opponents were always found within a few seconds – in the release week this is not surprising, but unfortunately not a matter of course in every game from the second or third row.

See also  Girls' soccer in Lübeck: No district selection - does it fail because of 3000 euros?