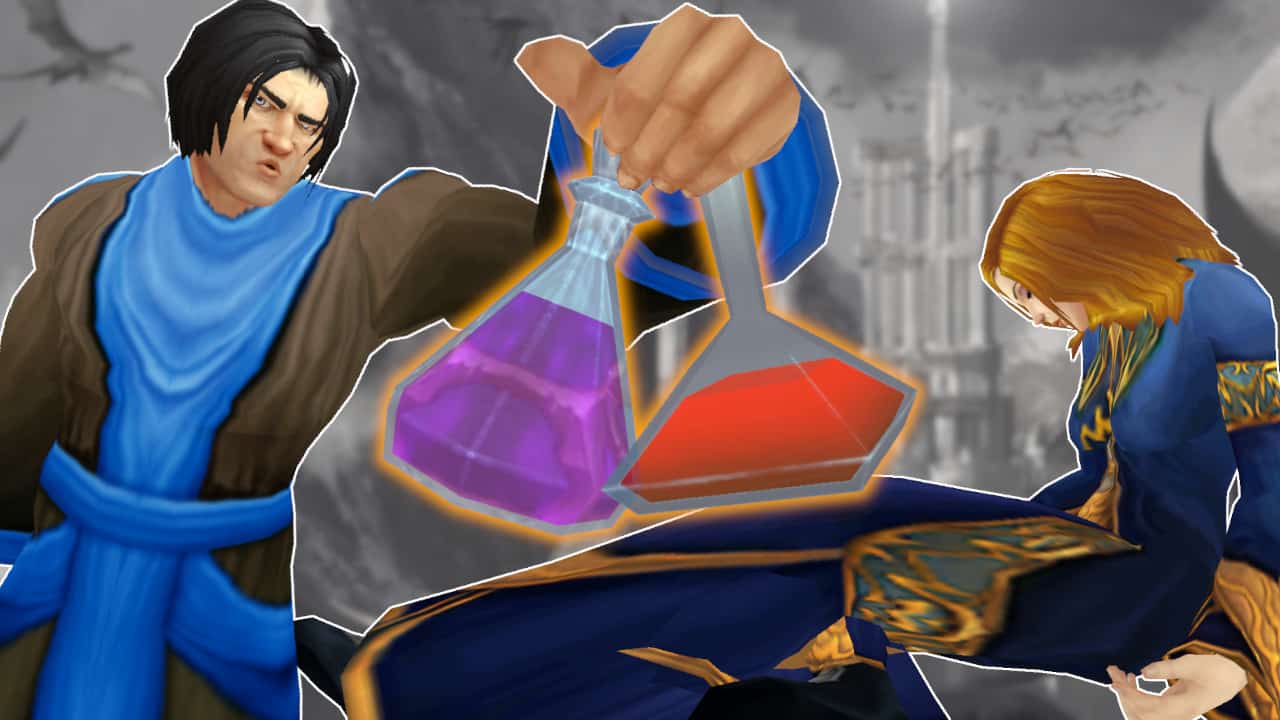 Potions in World of Warcraft: Dragonflight reach a new level of absurdity. We have listed the craziest effects for you.

Potions and flasks have a long history in World of Warcraft. Many guilds make them mandatory or standard, as their effects can tip the scales in defeating a tough boss. As a rule, the effects of such alchemical products are relatively clear: you swallow them and then bring better performance in battle – as long as you live.

But with Dragonflight, that formula is broken. Because there are potions that you can only drink if your character has already died. There are also potions that have a negative effect if you are not careful. We show you the crazy new effects of the potions and vials in Dragonflight.

What potions are there? Quite a few and most of them have pretty wacky effects. Potions follow the well-known “kiss/curse” pattern – a strong, positive effect, which, however, also has limitations. A few of the “harmless” variants include these:

These potions are already available in a similar version. But Dragonflight also brings a few potions with much more devastating effects, such as the “Super Healing Potion”, which comes with quite a disadvantage:

This allows you to absorb damage peaks, but you have to be constantly healed afterwards in order not to die.

Potions made for the dead

However, it gets particularly absurd with the potions that you can use while you’re dead. You read that right. Please don’t question how your character still reaches into the backpack and treats himself to a sip when dead, but the following potions will also be available with Dragonflight:

Also interesting are some of the new vials. These replace the previous bottles and also come with a “kiss/curse” effect:

These two vials are quite interesting and are clearly strong effects, but they can “fire back” heavily if you take too much damage in combat.

See also  Google keeps an eye on everything you do on the Internet, delete search history like this

When it comes to potions, keep in mind that the exact values ​​and effects can still change – after all, Dragonflight is only in alpha so far.

What else is changing about alchemy? A whole lot. As with all professions, there will be different quality levels in the future, including for alchemical products. These determine how strong a brew is and how long the effect lasts. While professionals will probably always want the best of the best, this should also create a large market where lower quality potions are sold at bargain prices. You can then buy them cheaper and just throw them in without hesitation, without having to mourn a small fortune.

What do you think of the new potion effects? Cool thing or are potions on death just plain absurd?

We have summarized more about professions in Dragonflight for you here.