Game relies on cute pets – now hackers are demanding around 100,000 euros from the owners 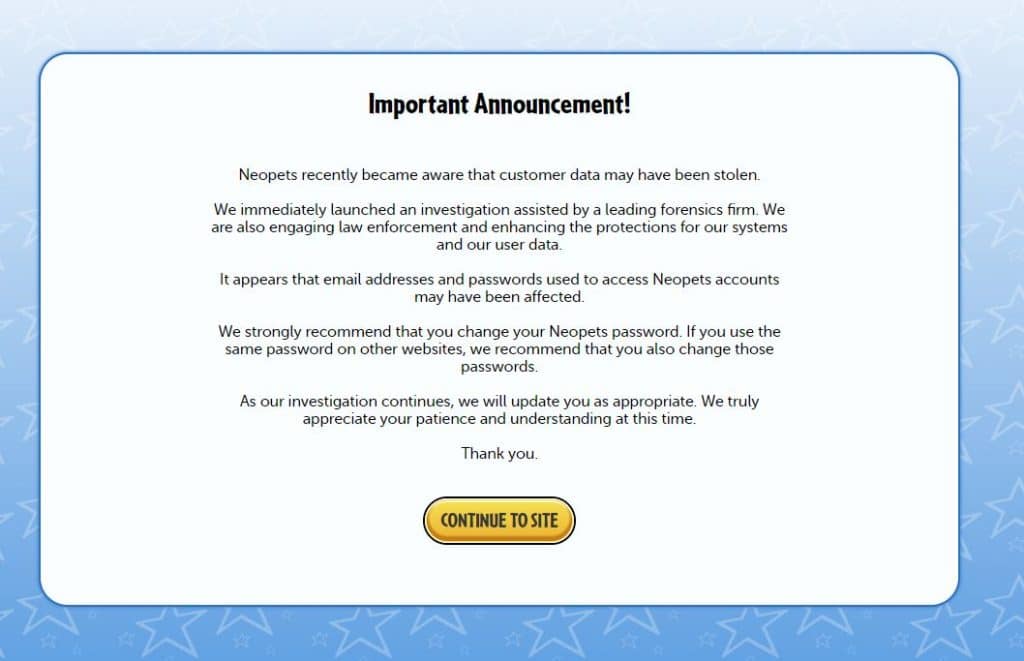 Neopets online game focuses on cute pets that players can breed and improve. Now the popular game has been hacked. Millions of accounts are said to be affected.

In the game Neopets you take care of small, cuddly little animals, of which you can raise a handful. You raise them and can interact with other pets. The game has a loyal community that still visits the game regularly.

But now hackers have captured the data from millions of accounts and are demanding a lot of money for it.

What exactly happened? Like online magazine polygon reported that the popular game Neopats was hacked. The hackers claim to have stolen data from more than 69 million accounts.

The development team behind Neopets has since confirmed the issues on Twitter, stating that both email addresses and passwords are said to be affected (via twitter.com).

Neopets recently learned that customer data may have been stolen. We immediately launched an investigation, backed by a leading forensics firm. We also involve law enforcement agencies and improve the protection of our systems and our user data.

The hackers have reportedly already reported and are said to only ask for 4 bitcoins for their “support”. That is currently around 100,000 euros, but the value of Bitcoin is currently falling. This has also meant that many miners are now selling their graphics cards really cheaply and you can buy high-end graphics cards like the RTX 3080 again at the RRP.

What is still unclear? It is not yet known whether credit card information or other payment data fell into the hands of the hackers. Because in Neopets you can subscribe with real money and also store the data of a credit card.

If you are looking for tips and help for a new, strong password, then take a look at our article. Here we present a handful of helpful tips and explain why you need a strong password in the first place: