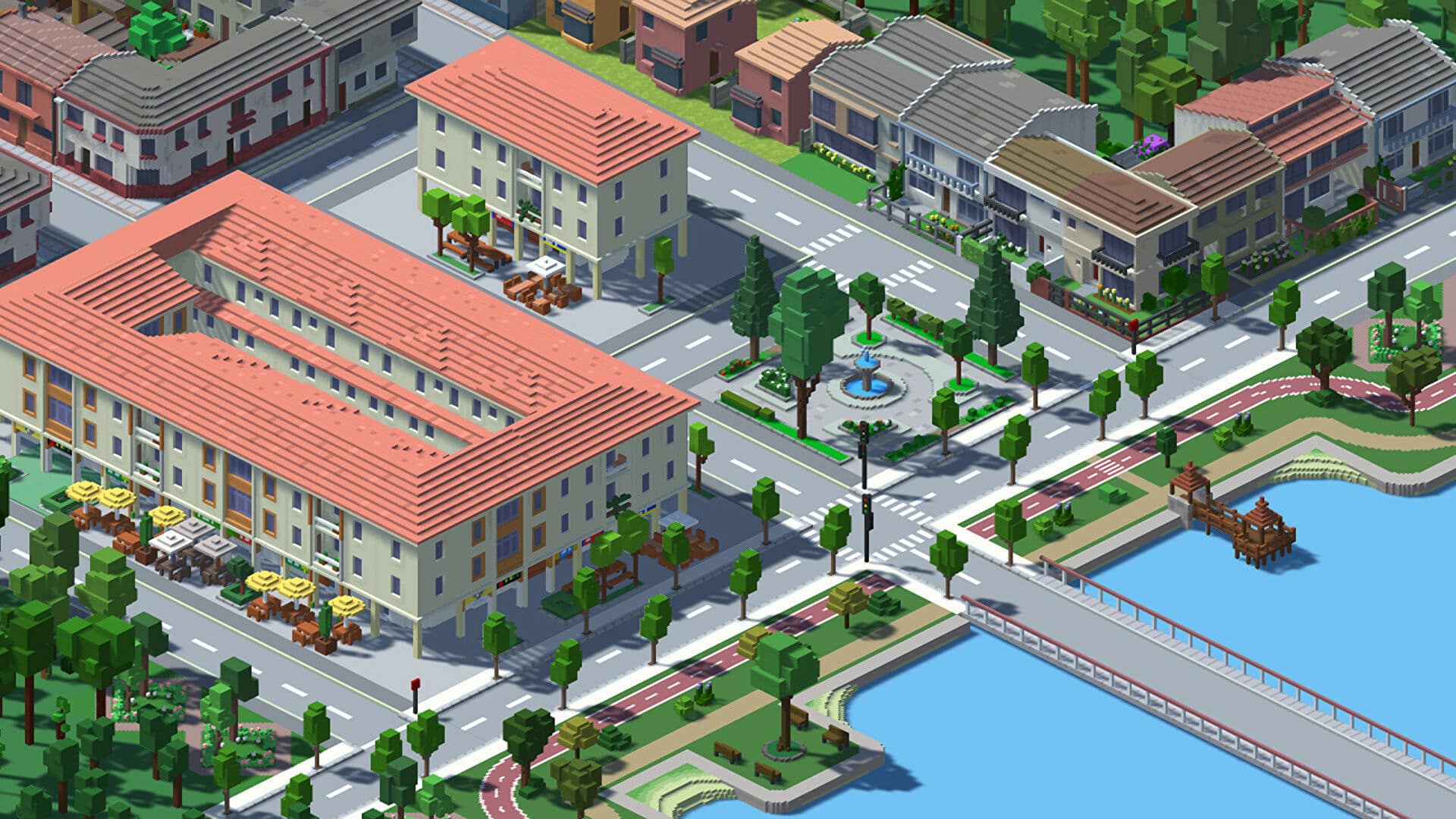 Urbek City Builder looks like a traditional entry to the genre: you place buildings, cars and little people begin to scurry about, and you gradually expand your urban sprawl. The twist is that there’s no money filling your construction. Instead, your city flourishes or not based on your ability to fulfill each building’s resource requirements, which quickly turns progress into more of a puzzle than a management game.

It’s out on Steam now, and you can find a trailer of its pretty voxel world below.

Every building you construct in Urbek will consume certain resources, and generate certain others. Electricity, food, coal, educated workers – the resources are many and varied. By placing buildings down strategically, you’re aiming to satisfy the resource criteria of neighboring buildings such that they upgrade, in turn producing more and consuming less. The ultimate aim is to build an efficient, attractive city before you run out of natural resources.

It’s possible, then, to choose easy settings and just set about building. Urbek is unusually attractive for an indie city builder thanks in part to its crisp voxel art, and you can construct seemingly vast cities. You can also take control of a pedestrian and explore your city in first-person, should you wish.

It’s also possible to ramp up the difficulty, which typically means playing in a biome that offers fewer natural resources, and on a landmass that constrains you. The smaller the area you have to build within, the more you’re going to have to make difficult choices about what and where to place each building.

Urbek isn’t the first city builder to lean towards puzzle gaming more than management, and it reminds me of a less constrained Concrete Jungle. It’s interesting stuff, either way.