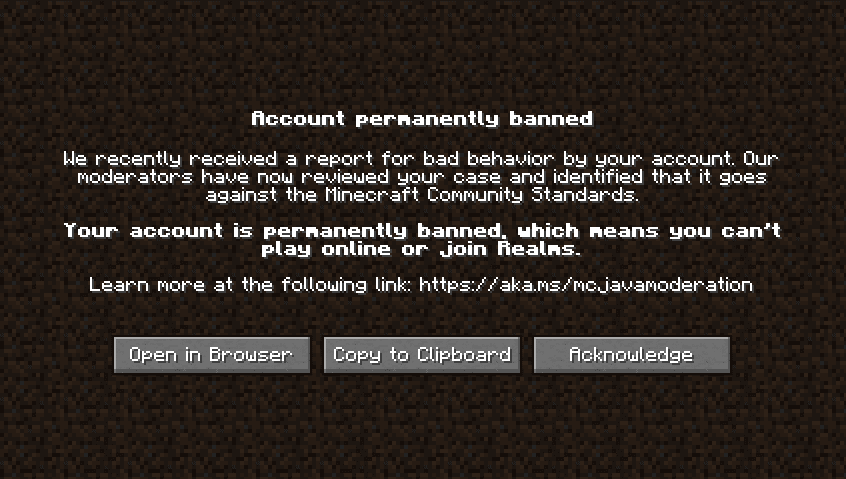 The new Minecraft update 1.91.1 has caused heated discussions in the community. Some players consider it necessary, while others equate it with censorship, as in George Orwell’s famous book 1984.

What is this update? 1.91.1 is a minor update to the Java Edition of Minecraft that went online on July 27th. In addition to minor bug fixes, the new feature of the chat report came into play.

It is now possible to report players who contain messages with prohibited content, such as child abuse, hate speech, sexual harassment, etc. Players can flag multiple messages to report as evidence.

After verification, reported players may be banned from online mode, both temporarily and permanently.

Although there was already a reporting system in Minecraft, this was regulated by the respective owners of the servers. The new system is now centralized. This caused heated discussions within the community.

This is what the opponents of the update say: The new feature was far from being well received by all players. The hashtag #saveminecraft was created to encourage Mojang to roll back the update.

This segment of players argues that the new reporting system is fertile ground for abuse. It’s easy to manipulate or take the chat logs out of context and cause players to lose access to the online mode as a result.

In the official Minecraft subreddit has the thread for the update 0 upvotes, but over 1,400 comments, many of them negative:

See also  Availability from 11.07. – 7 traders could sell this week

The update has been renamed “1.19.84” by that part of the community — a nod to George Orwell’s book 1984, which is about a dystopian totalitarian future (via Wikipedia). Some call for intentionally abusing the system to get Mojang to remove it again. Others are threatening the developer with a boycott of their popular game.

Community Manager MojangMeesh commented on reddit that the update will not be rolled back. His post received almost 2,000 downvotes and angry replies.

What the proponents say: Another part of the community supports the change and is amazed at the comparisons to the book about a totalitarian regime and mass surveillance. The comparisons are completely exaggerated and those who make them have 1984 apparently not even read.

Proponents also point out that server self-moderation is not the optimal solution to all problems, as opponents of the update claim.

A growing problem with Minecraft and other online games is child abuse. Games like Minecraft and Roblox, which are primarily aimed at children, have to constantly fight against pedophiles who abuse these games for cyber grooming. MeinMMO author Andreas Bertits has had his own experiences with this.

In pedophile crime, “grooming” is the targeted contact of adults with children in order to gradually gain trust. The children are thus “prepared” and prepared for meetings with the intention of abuse. Grooming that happens on the Internet is also referred to as “cyber grooming”. Find out more in our podcast with a cybercriminologist.

Stuart Duncan, the owner of the large Minecraft server for children with autism, has had his own experiences and knows of 4 cases in which adults have tried to gain the trust of children.

According to Duncan, the server’s own moderation is not effective in such cases, since the owners of the servers in question do not take the reports seriously or may even be the perpetrators themselves. It is therefore not in your interest to deal with such reports.

What do you think of the update? Do you think a centralized reporting system makes sense and is right, or is it problematic? Tell us in the comments.

You can find out how you can protect yourself from criminal behavior online in one of our past talks:

Toxic and Criminal Behavior in Online Games: What Can Be Done?