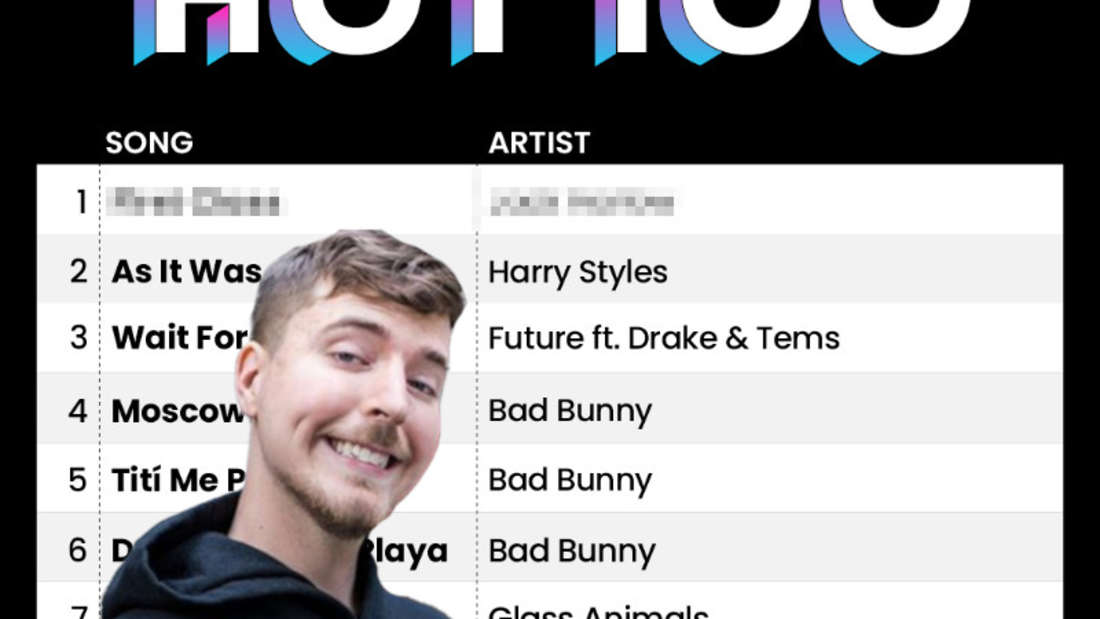 MrBeast shows how easy it is: By pressing just one button, the YouTuber lands at number 1 in the charts. How is that supposed to work?

North Carolina, USA – MrBeast has one of the largest YouTube channels in the world and his well-produced videos regularly end up in trends. This time it’s a TikTok video of him that causes a stir. Because he wants to be at the top of the music charts.

MrBeast: Into the charts without any musical talent

What is it all about? MrBeast really wanted to be number 1 in the charts. However, as he says himself, he has no musical talent. To overcome this hurdle, he has the music producer Benny Blanco asked what he can do to get into his new song. The music producer enthusiastically agreed and even suggested a song by music icons BTS and Snoop Dogg to MrBeast for the YouTuber to be a part of.

How does he appear in the song? It was enough for Benny Blanco if MrBeast only pressed a single key, i.e. played a single note. This was then used in the new song “Bad decisions“ used. MrBeast was subsequently added to the song’s credits by BTS, Benny Blanco and Snoop Dogg. So MrBeast is officially an artist who contributed to the song.

MrBeast: Number 1 in the charts – not just once

How successful was the song? The song “Bad Decisions” went through the roof and shot to the top of the iTunes charts in the USA within a very short time. But it didn’t stop there. MrBeast far surpassed his goal as the song hit #1 on the iTunes charts in 43 countries. So, the YouTuber successfully snuck into the song by BTS, Benny Blanco and Snoop Dogg with the incredible feat of pressing a button, topping the charts multiple times. On TikTok, MrBeast has his success rolled into one Video celebrated.

MrBeast, who is one of the most successful in the world, had reason to celebrate recently. James Steven Donaldson, as the YouTuber is called by his full name, only recently reached 100 million subscribers on YouTube. The Kansas-born YouTuber never fails to shine with exceptional videos. Like last time with a huge scavenger hunt with prize money of 100,000 euros.