Tempest Rising: Classic RTS in C&C style is shown in the first trailer 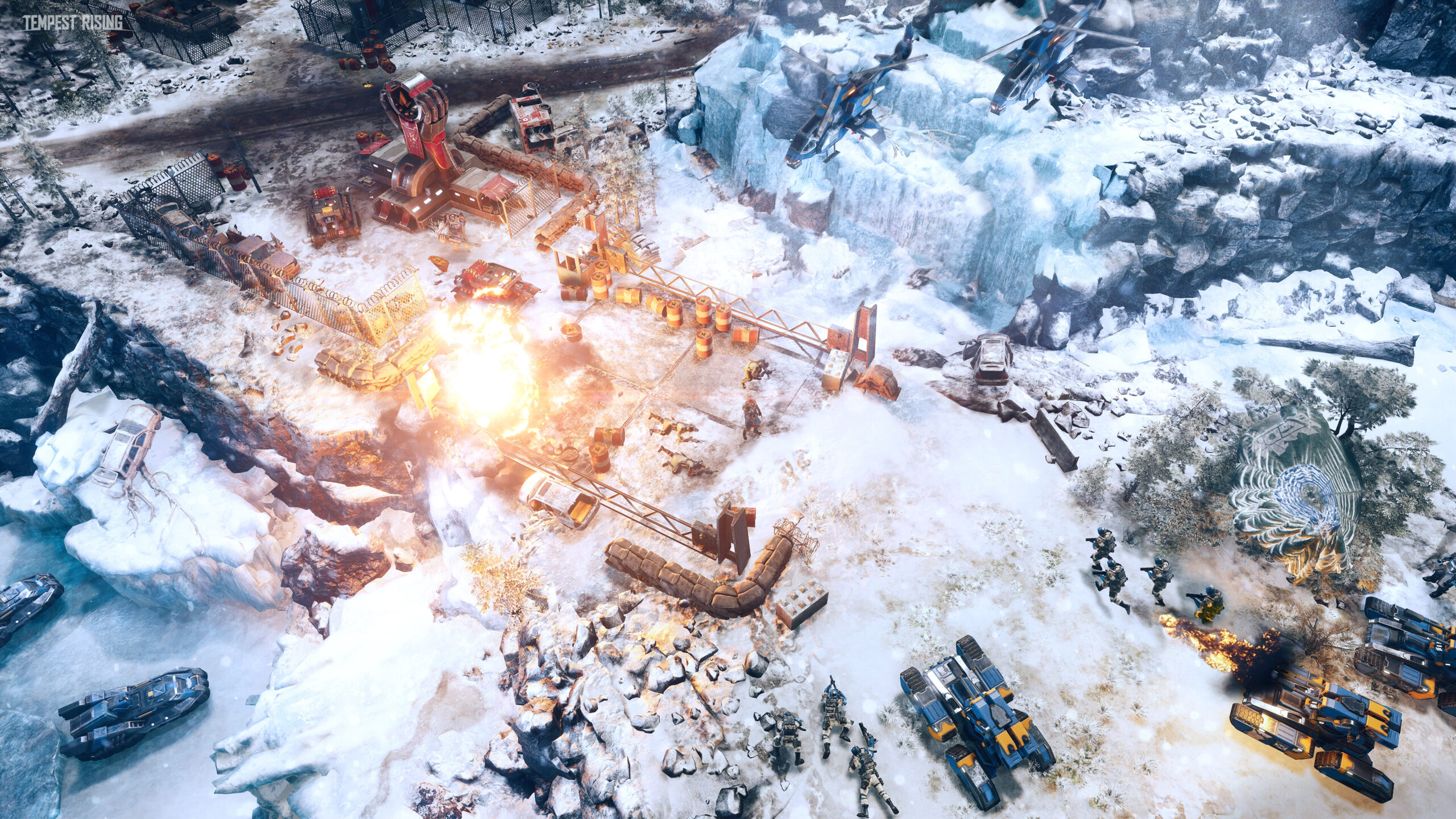 08/17/2022 at 5:02 p.m
from Thilo Bayer –
One of the surprises of the THQ Nordic Showcase was definitely Tempest Rising. The real-time strategy game, which is reminiscent of classics like C&C or the Earth series, is shown here in the first trailer.

“Tempest Rising combines classic RTS action with modern production and performance. Inspired by the great genre figures of the 1990s and 2000s, Tempest Rising is a classic RTS game set in a modern-day alternate war scenario. It includes 3 unique factions, each with their own approach to combat and economy, and has all sorts of things to offer: a variety of strategies for players of all stripes, maps with neutral structures to challenge, and neutral populations to contend with, in-depth and rewarding gameplay that emphasizes strategy while rewarding skill, and built-in customization options that allow players to approach the game their way in both single-player and multiplayer modes.

Take on the role of the commander of the highly mobile and advanced Global Defense Forces peacekeeping force, or the badass and desperate Tempest Dynasty in 2 campaigns with 15 missions that allow you to customize your army for each mission, while both armies attempt the mysterious but Understand and manage beneficial Tempest tendrils that grow unchecked on the war-torn earth. More dangers lurk in the shadows as the origins of the Tempest are revealed…