The £93 Lenovo Legion BoostStation GPU enclosure deal is back 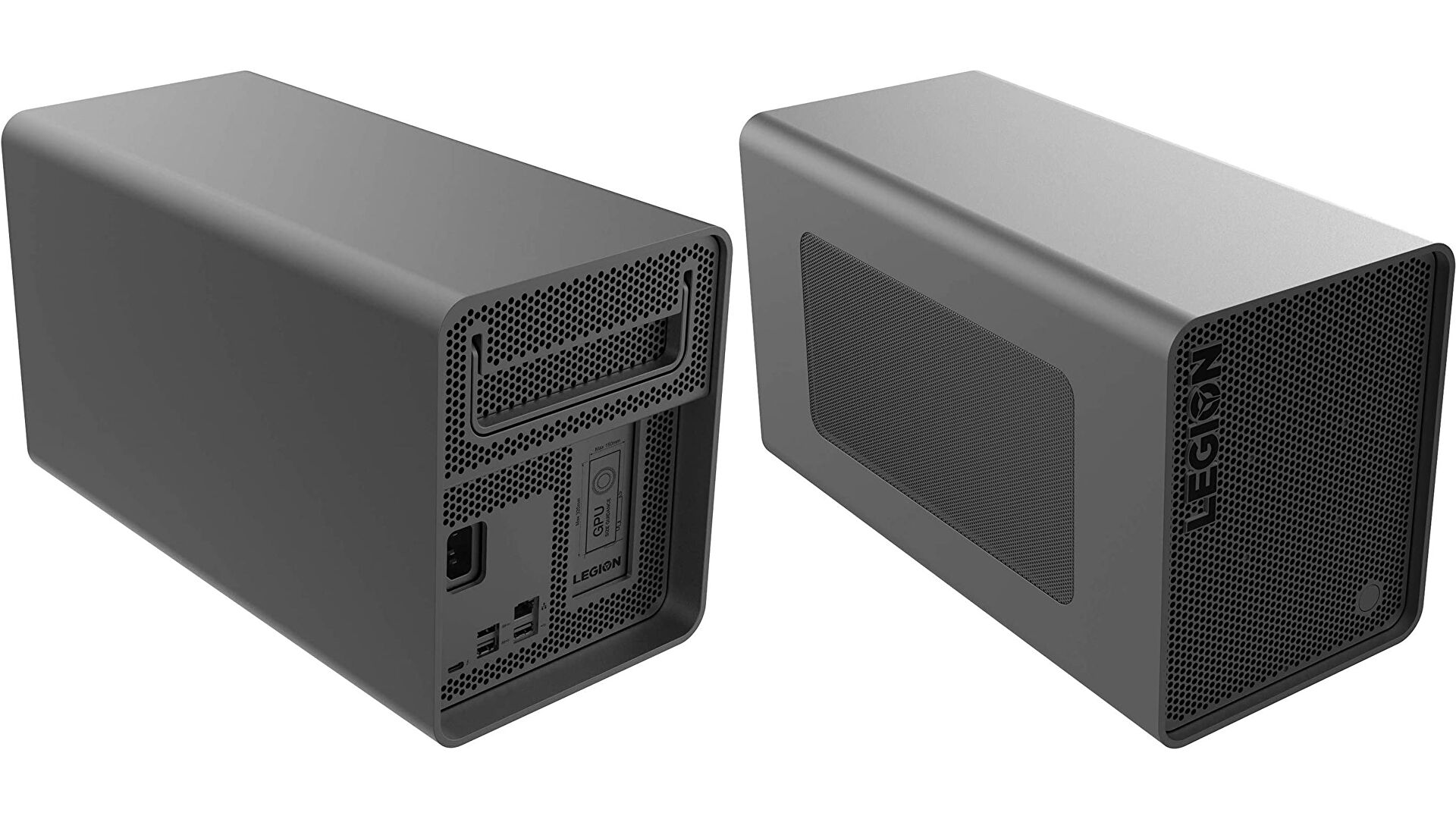 A few weeks ago we posted about a stellar deal on Lenovo’s BoostStation, an external GPU enclosure that lets you turn almost any Thunderbolt 3 laptop into a gaming powerhouse with the simple addition of a graphics card. Rather than the £200 or £300 prices we normally see attached to these enclosures, this one was available at just £93. Now that deal is back, once again via the Laptop Outlet store on Ebay.

This time though, you’ll need to use code FANCY15 to knock 15% off the price of the BoostStation, bringing it down to that alluring £93 price point once again.

As we mentioned last time, the Lenovo Legion BoostStation can handle GPUs up to 300W (think an Nvidia RTX 3070 Ti or AMD RX 6800 XT). As well as working as GPU enclosure, the BoostStation also works as a nifty Thunderbolt dock, allowing you to connect three USB peripherals (think, mouse, keyboard, headset) as well as network cables. There’s even a SATA slot that allows you to connect a hard drive or SSD to store all of your games – incredible stuff.

As I said last time:

I’ve used these enclosures before with my XPS 15 laptop and they’re kind of revolutionary. You go from barely being able to play 3D games to suddenly having a ton of power to spare, especially if you’re playing at higher resolutions where your GPU is the bottleneck and the laptop-grade CPU doesn’t have as much (comparatively) to do.

Are you interested in this deal? Did you buy this last time? Let me know in the comments below!

See also  The Lord of the Rings - Rings of Power: This is what the orcs look like