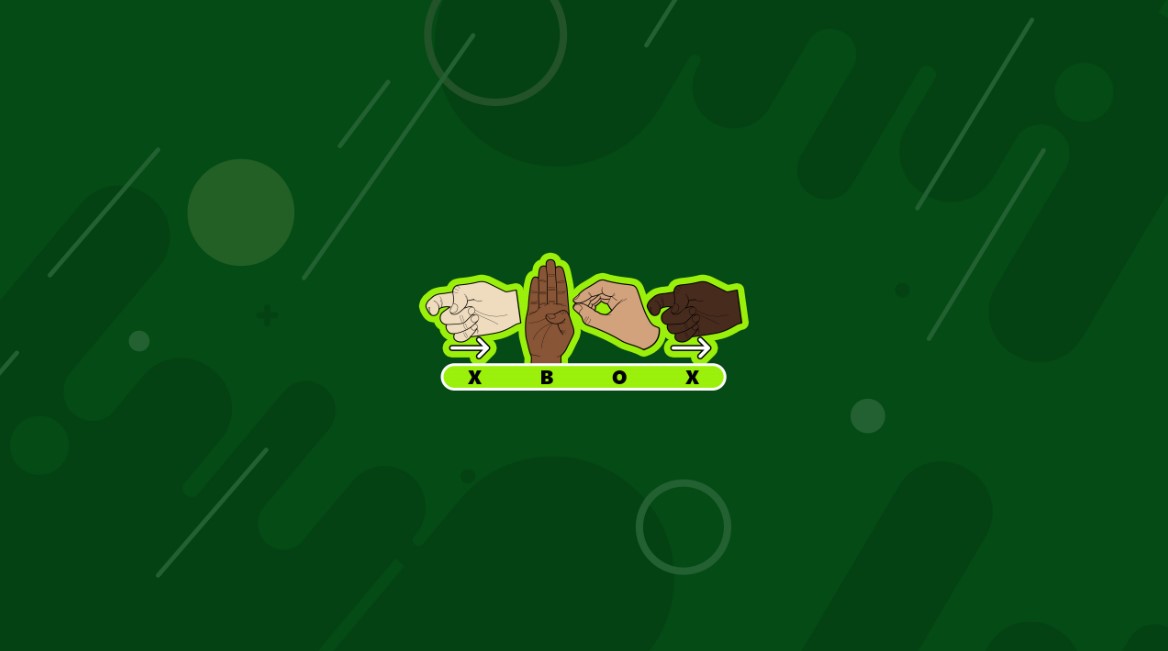 Creating a safe, warm, and inclusive community is critical to Xbox. The International Day of Sign Languages ​​is a reminder of the importance of promoting inclusive and accessible gaming experiences. Gamers are at the center of everything we do, and we believe that everyone has the right to create, play and enjoy the games they want with whomever they want, on the devices of their choice, because if we all play, we all win.

September 23 has been proclaimed International Day of Sign Languages by the UN General Assembly to raise awareness of the importance of Sign Language. It was first commemorated in 2018 as part of International Week of the Deaf (initially held in September 1958). According to the World Federation of the Deaf (WFD), there are approximately 70 million Deaf people* all over the world. Deaf people often suffer from profound hearing loss, which means they hear little or nothing and often communicate using Sign Language. Additionally, in 2021 the WHO recorded approximately 1,500 million people with some degree of hearing loss. Xbox in the region wants the world of video games to be more accessible to this community.

“For the Xbox team in LATAM, it is extremely important to ensure that the content we offer is accessible to as many people as possible. Today, we celebrate the International Day of Sign Languages ​​with a commitment to Deaf people, gradually implementing actions to make it easier for them to learn about and enjoy video games, whether they are experienced players or those who are about to discover the world of Gaming.” commented Naxla Mina Sayeg, Gaming Marketing Lead LATAM.

See also  WoW: This is by far the least popular M+ dungeon of Season 4

Committed to accessibility and champions of Xbox’s mission of bringing the joy and community of video games to everyone in the world, at LATAM we have designed a series of strategic actions that will be gradually implemented to support and ensure that Deaf people and/or with hearing loss feel welcome in the Xbox ecosystem:

Likewise, as part of this commitment to accessibility in the region and with the aim of having the support and advice of the Deaf community, the National Academy of Sign Language gave its support to the Xbox LATAM team, to make their community known and guide these initiatives focused on Deaf people. In this way, the Academy and Xbox will continue to collaborate to bring the world of video games closer to more people.

*Deaf Culture: It is important to distinguish between Deaf culture (uppercase S) and Deaf culture (lowercase s). Generally, the term Deaf (with a capital S) is used to describe a person who is born Deaf or becomes Deaf at a young age and uses Sign Language as their primary language. Secondly, deaf (with a small s)is generally used to describe someone who became deaf later in life and does not use sign language as their primary means of communication.