Mario + Rabbids Sparks of Hope: The future is train based 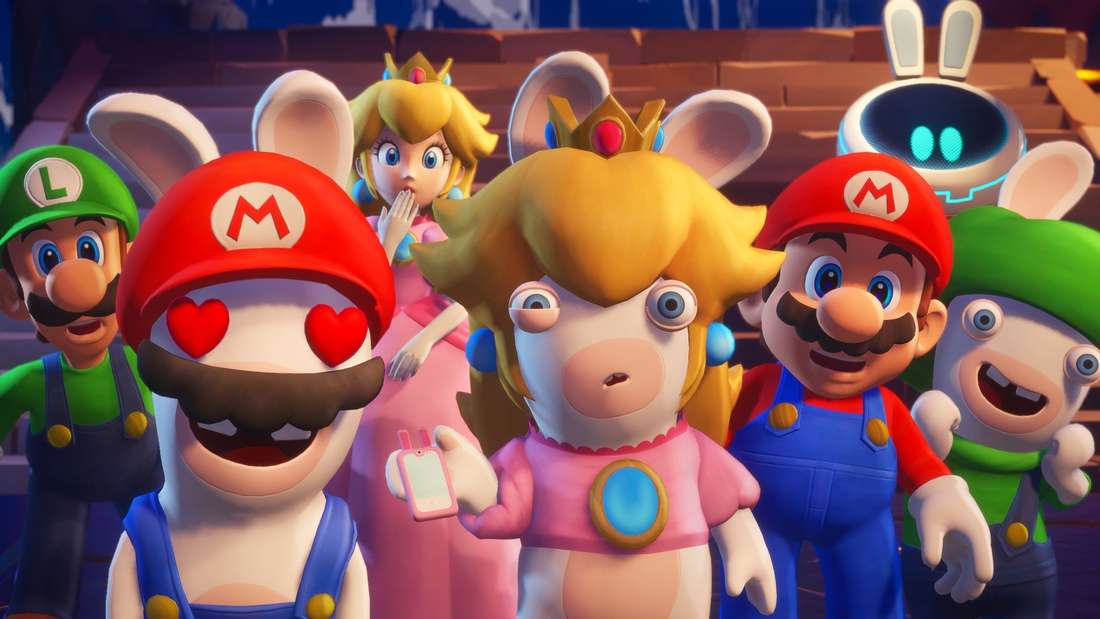 The Nintendo hero and the Ubisoft bunnies team up again in Mario + Rabbids Sparks of Hope. Instead of clever jump’n’run jumping, effective tactics are what is needed above all.

Berlin – At least since the success of Marvel’s Avengers films, big crossovers have been on everyone’s lips. This also applies to the console: In “Mario + Rabbids Sparks of Hope” Nintendo’s popular plumber meets Ubisoft’s rampaging bunnies for the second time.

Mario’s squad lives peacefully alongside their bunny versions created in the previous Kingdom Battle. But when an evil, flying ray suddenly invades the mushroom kingdom and completely shrouds it in darkness, enemy rabbits and classic Mario opponents such as Gumbas or the Bob-ombs have taken control – the players have to get out of the way.

Round after round instead of hectic hopping around

Unlike a classic platformer like Super Mario Galaxy, the battles in Sparks of Hope are mostly turn-based, which requires a lot more tactics than just smart jumping. Mario and the bunnies are equipped with ranged weapons and abilities to take down the enemies at the other end of the chessboard-like playing field. It is just as important to entrench yourself well after each move, because the opponents will hit back with similar firepower.

With the turn-based approach and role-playing elements such as skill trees and collectible items, the game mechanics are significantly more extensive and overwhelming than in classic Mario games. It is precisely this excursion into the tactical genre that should make the game interesting for many – even if it requires more thought.