Otto goes looking for crocodiles, but forgets his machete 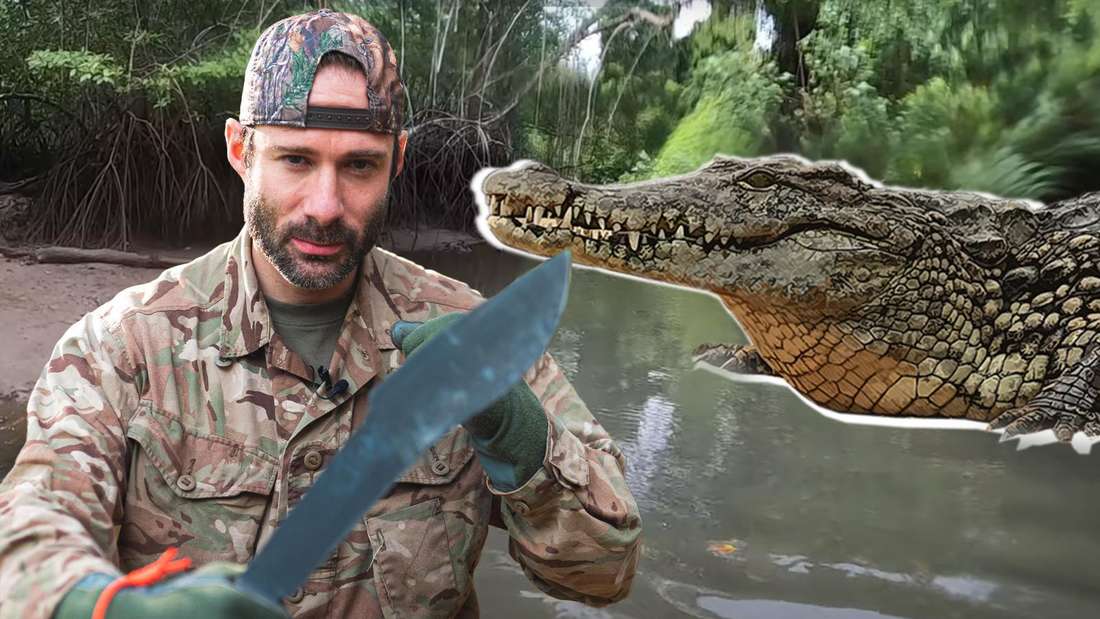 The third day of 7 vs. Wild has begun and candidate Otto is taking on the photo challenge. His goal is to get a crocodile in front of the lens.

San Jose, Panama – The third day has arrived for the 7 vs. Wild participants in Panama. The outdoor specialist and former Bundeswehr soldier Otto is still with us. For the third challenge of the day, the 49-year-old enters dangerous territory and almost meets a crocodile. Otto forgets his only object at his sleeping place.

7 vs. Wild: Despite sleepless nights, Otto goes on a crocodile search for a photo task

Otto can’t sleep and helps himself to the garbage: The second night of the popular YouTube series 7 vs. Wild is over and participant Otto is still unable to sleep. The ground on which he has slept so far is too hard. Out of necessity, Otto looked for washed-up flip-flops to make a kind of mattress out of them. After all, there are enough of them on the island. Some candidates were already shocked by the masses of washed up garbage.

After Otto’s bed was equipped with slippers, it was time for the former soldier to complete the third challenge of the day. This required the 7 vs. Wild contestants to take photos of as many animal species as possible on the island. Twitch streamer Trymacs, meanwhile, has announced its own version of 7 vs. Wild.

See also  Diablo Immortal "nerfts" an item that players paid up to €120 for: "Fans have never been so angry"

Otto is looking for crocodile: After Otto had taken photos of fish in the water, the ex-soldier ventured further into the interior of the island. “Then let’s go into the mangrove,” Otto doesn’t seem to be afraid of potential dangers and almost struts through the jungle. “Of course I’m much too loud, actually I should go through here ultra slowly.”

Suddenly the outdoor specialist stops. Otto seems to have layered a crocodile. Unfortunately, almost nothing can be seen in the episode itself, but Otto would like to have spotted a big animal. “If that’s a crocodile, that would of course be a hit.” Even if Otto was looking forward to a photo with a crocodile, he missed one very specific thing in this situation.

Only item missing: “I would feel a little more comfortable with a machete,” said the 49-year-old, whose only item he brought with him to 7 vs. Wild is said machete. However, Otto left them at his sleeping place. An encounter with a wild crocodile could have devastating consequences for Otto.

On land, the candidate filmed one large footprint of an animal. From the size it could be due to a crocodile. Otto thinks it is the crocodile’s bed. Even panning the camera into the water doesn’t bring Otto the desired snapshot with the giant reptile. Perhaps Otto should be happy about that. Fellow participant Sascha Huber narrowly escaped a dangerous creature on the island.