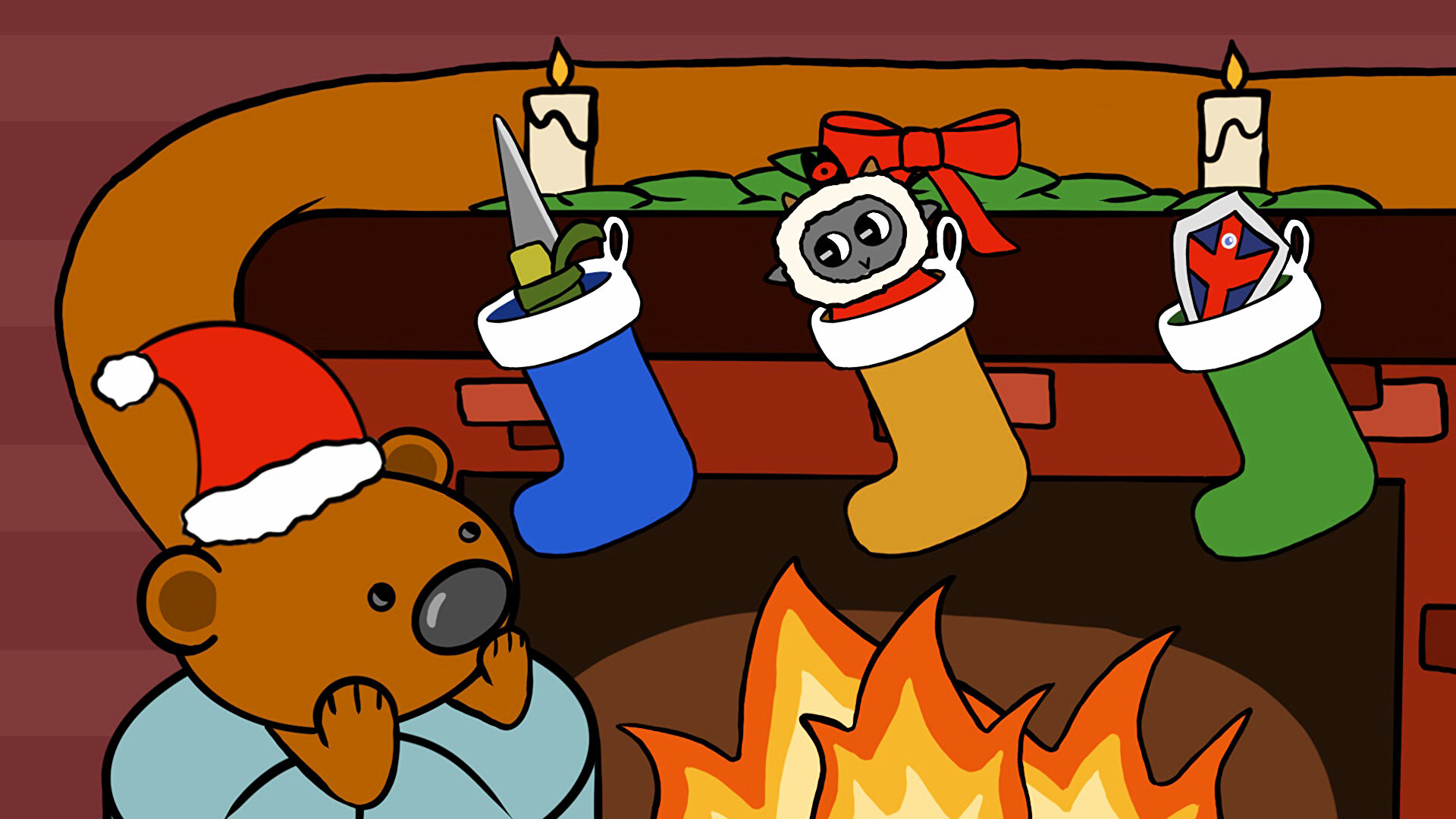 *deep breath* “It’s CHRIIIIIIIIISSSSSTMAAAAAAAAAAS!” We emerged, blinking, into 2022 and, whaddaya know? It was a good year for games. We’re feeling extra festive and are raring to count down our games of the year in traditional style. Tear back the little windows and stuff your face with The RPS Advent Calendar 2022!

Because you’ve been very good, every year we list our top 24 games from 2022 (see the end for the rules), dishing out a new one each day from December 1st. Each game gets a post by one or more of the staff explaining what’s so good about it, so you get a whole month of positivity. On the 24th, Christmas Eve, we reveal 2022’s RPS Game Of The Year, the game that we voted the best of all the bests, for whatever reason.

This year’s beautiful Advent Calendar image is by Emily Horler on the Reedpop design team, and we thought that Horace The Endless Bear looks so cute snuggled by the fire there that we made his li’l face into a custom emoji for our work Slack chat. You can click on the window to go to each day’s advent post once they’re live, or, if the window links won’t work for you (because, eg you’re browsing on mobile) the days are linked in a little list under the image. Merry Gamemas!

The rules for our calendar voting are thus:
Any game released in 2022 is eligible for inclusion, which also includes games that have been released into early access, or got a full release this year after an early access period. We would also allow games from December last year to sneak in, if they came out after voting was finalised. Because this is our house and we make the rules, we would also consider games that felt like 2022 was their year – think a live service game whose numbers surged suddenly, and old indie game that broke big out of nowhere, or big transformative DLCs.

Now, pay attention, ‘cos this bit has changed slightly. Previously each member of the RPS team had ten points to allocate, weighted however they wanted, in a shared spreadsheet of games. This year, in order to put a stop to the ludicrous tactical point shuffling in the final moments of the vote, Katharine has instituted a secret ballot. We each sent her a list of our ten best games from this year, with the first on our list getting 10 points, the second 9, and so on. She then collated our votes to make this year’s list. In the case of tie breaks we have a group chat – and indeed, this year’s game of the year was a tie broken by an everyone is typing discussion.