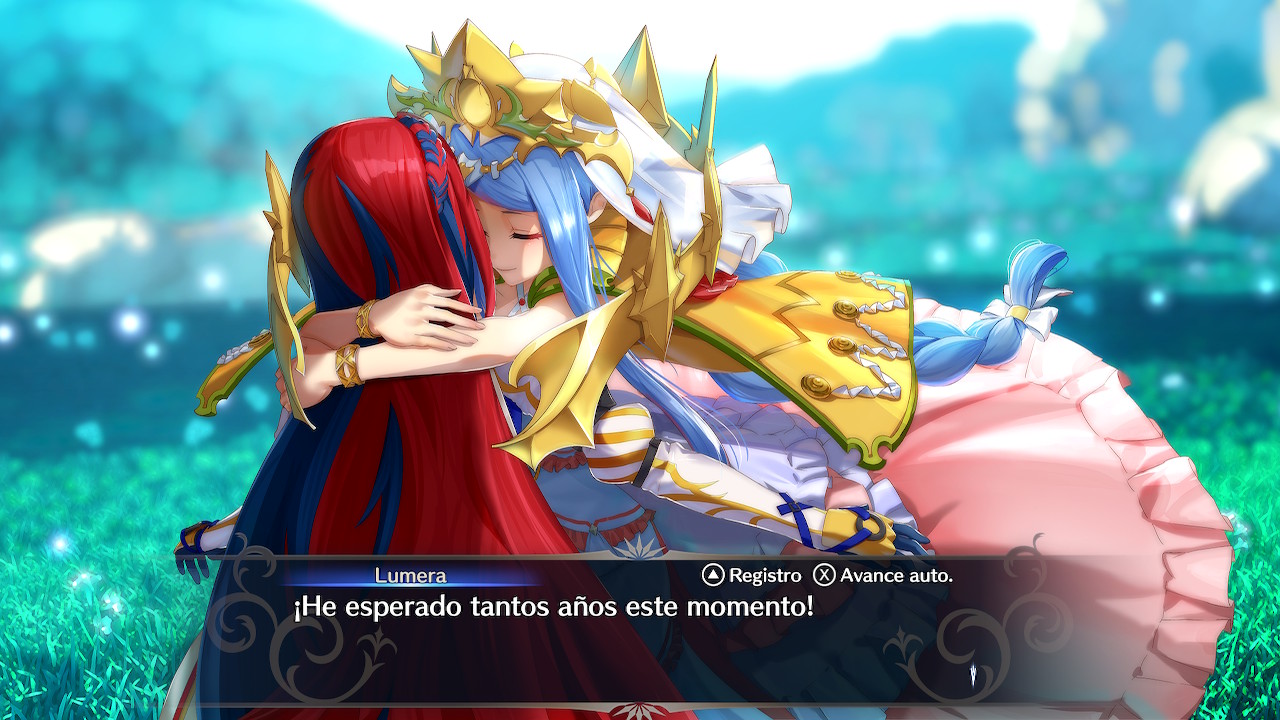 When it was announced at the Nintendo Direct in September, it came as a surprise to many. Fire Emblem Engage. It was thought that it would follow in the wake of Three Houses as far as narration is concerned, however, it is an amalgamation of sensations (mostly positive) that eventually loses strength as the story progresses. The previous main installment set the bar high but still brings interesting news.

Between interesting new mechanics, the possibility of meeting familiar heroes from the entire franchise, a more condensed story, it will be part of what we will find in Engage and we will love it. It is understood as an attempt to bring the tactical role-playing series to a much larger audience, but it falls short in some aspects.

The plot of Fire Emblem Engage goes as follows: We are in a final battle on the way to the last corner where the final enemy is supposed to dwell, but a ghostly and familiar figure accompanies us, yes, it is Marth. Many know the character from Super Smash Bros. Melee, but she comes from much earlier.

The fact is that after a series of events, we woke up from a long lethargy (1000 years) and we are told that we are the son of a Dragon deity. But what about the final battle we just witnessed? Well that will be answered later. 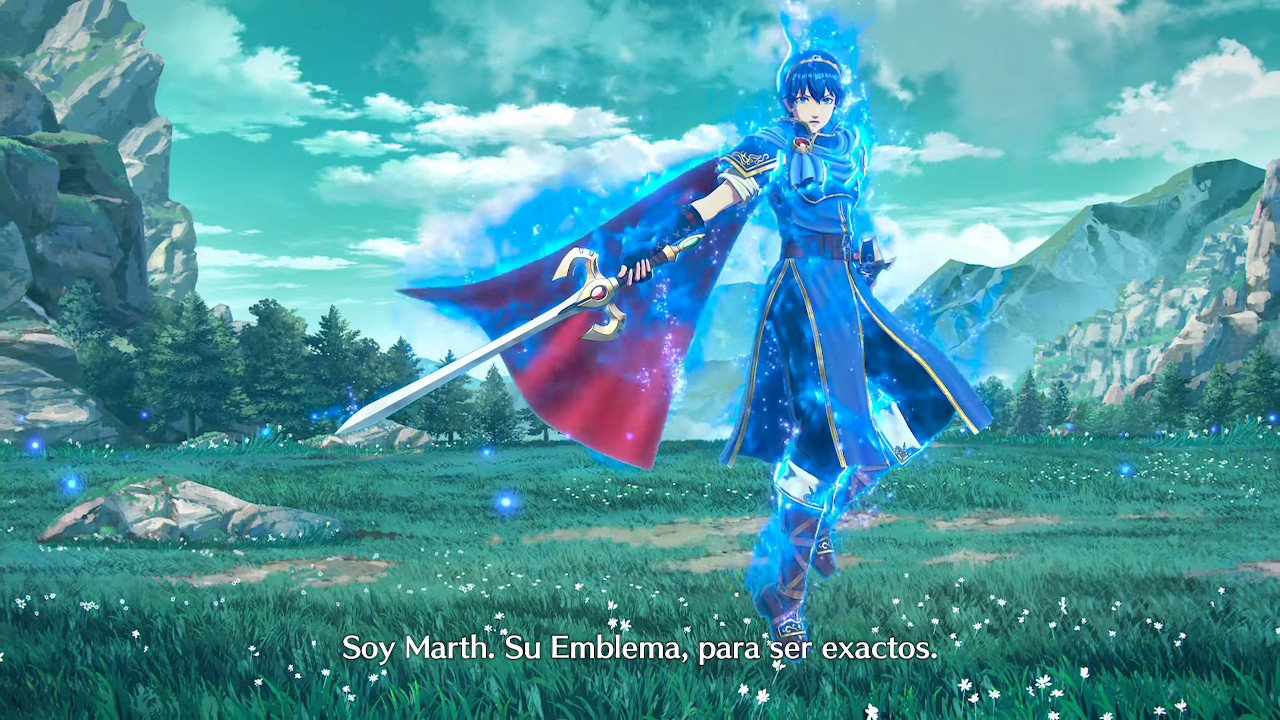 After waking up we find out that we are the only salvation of the world, that will defend it from dark forces that have decided to attack right now. For this we must look for 12 rings, which have within them the power of the heroes of previous games. However, we are not alone, we will have allies that we will recruit and help us in this task.

See also  Knossi demands cigarettes for 7 vs. Wild - because women are allowed to take tampons with them

And in essence, that’s how Engage is, a title in which the story takes unexpected leaps and if we’re not careful, we lose the thread. In addition to being a plot seen in many anime-style games, the secondary characters hardly represent a link with the player. They do not carry the development that we saw in its predecessor (Three Houses).

Fusion and heroes of yesteryear

However, I must say that in terms of gameplay it does bring some very good and interesting things. Basically, the combat of engage It is the same tactical strategy combat that we have seen in other Fire Emblems. We move through squares and we will have different types of units or classes, which have different movement and attack patterns. When it’s time to attack, if the enemy survives, he can return the attack, the same as if it was us.

As I already said, we will have different types of units that are suitable for this or that task. Many have active and passive abilities that benefit us in certain situations. We will also have a rewind mechanic through an item that allows you to go back several turns, although this may be optional to use or not.

But where the game really differs is with the addition of the Emblem heroes. We have up to a total of 12 rings that we can equip to our units. These rings allow you to summon warriors from previous games of Fire Emblem, and each hero has unique powers that can turn the tide of battle. But it is not only equipping them and enjoying their advantages, we must fill a bar with each turn until we can make use of the fusion.

The Rock, Paper and Scissors mechanic returns. It consists of Sword defeating Axe, Ax defeating Spear and Sword Throwing. But here it goes a step further since the Arts defeats the bows, grimoires and daggers. This allows you to temporarily incapacitate (Rupture Effect) enemies and deal an additional attack. In addition, the scenarios play a determining role in the skirmishes, since knowing how to position ourselves in points with an advantage determines the fall of our units. 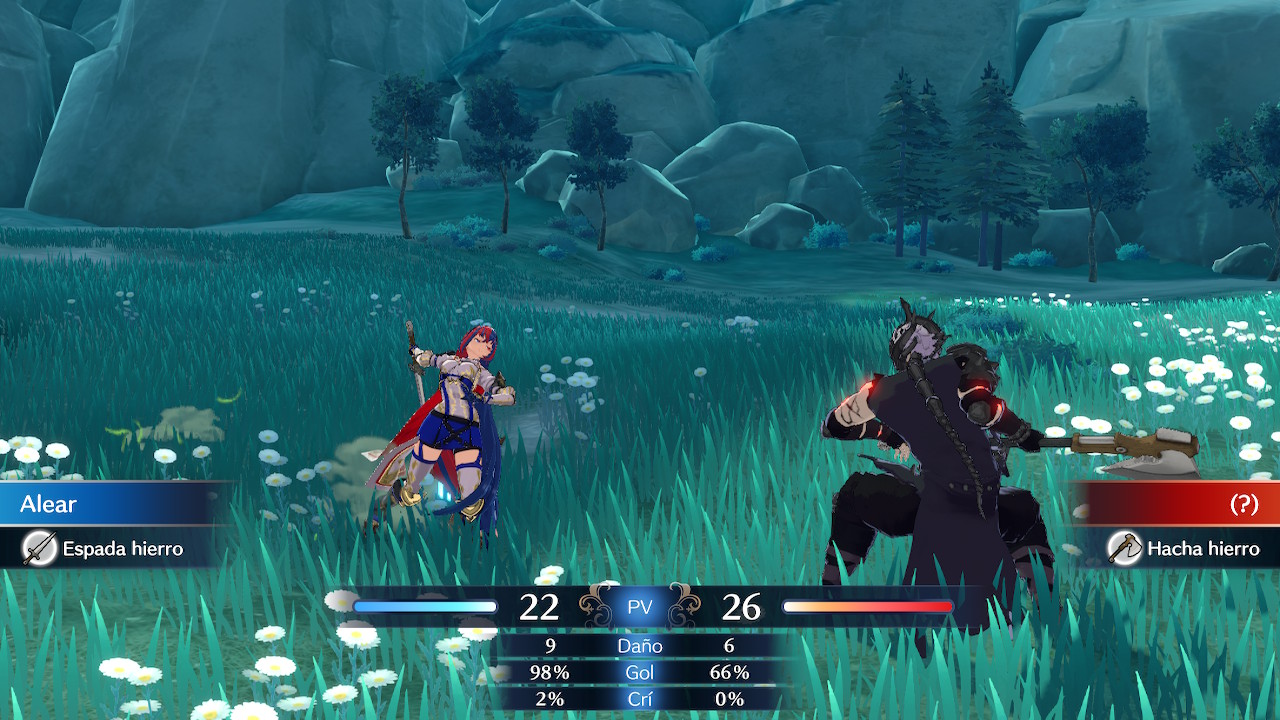 By maintaining the playable bases of other installments, the game forces you to think carefully about each step. For this reason the game is not as simple as it might seem, we can lose units if they fall in battle, although this can be disabled. We will have different types of missions such as eliminating all the troops, defeating only the boss, saving allies, etc.

We will have a base of operations called Somniel, in which we can (prior unlocking), talk with allies, buy objects and equipment, create weapons in a blacksmith, and a training area. Also, there will be a farm where we can take care of the animals that we adopt as a way of distracting ourselves from so many fights.

The game has an online aspect in which we can face other players’ armies and create our own maps. We also have a mode in which we can play cooperatively in turns up to a total of five players.

On a visual level, Engage is more colorful than Three Houses, and is closer to an anime series. The game is rendered in Cel-Shading and is one of the best rendered I’ve ever seen. Sure, the seams on certain textures are noticeable in some parts, but they are minimal compared to the general shot of the game. It has some popping, but other more serious problems are not present, thankfully.

The soundtrack is not far behind either, and it is what we usually hear in this type of war and battle titles. It comes dubbed into the usual languages, Japanese and English, with Spanish subtitles. Both voiceover jobs are very well represented, although the lip syncing isn’t quite up to par.

Fire Emblem Engage is a good title in the FE series, especially because of the new ring mechanics and those that return from other games. It is a game that despite its appearance, is not a walk in the park and will make us think carefully about each play. However, at the story level it falls short of other installments, being a plot that we have seen many times. It is the most colorful and beautiful FE we have seen, with a masterful play of Cel-Shading. Highly recommended for lovers of tactical role and saga.

Note: This review was made thanks to the copy provided by Nintendo.