Dungeon crawler and block slider Loot River is out now 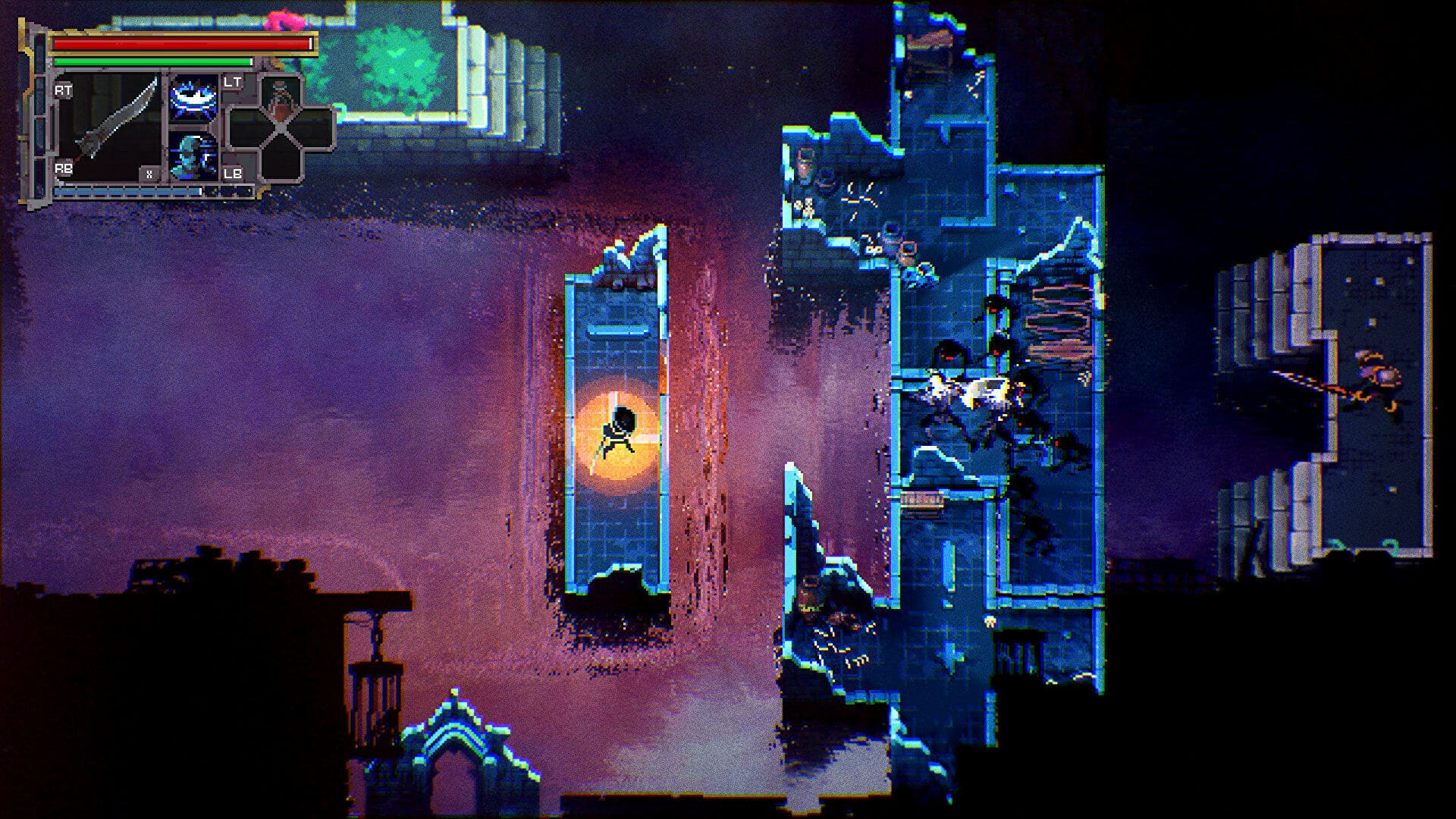 Loot River is a tetrogueimo – that is, a mashup of Tetris and Rogue, in my opinion. As a swordwielding pixel adventurer, you slash through proc gen dungeons in which the platform you’re standing on can often be slid around. This lets you manipulate the hordes of monsters trying to kill you. It’s out now.

I’ve previously wondered aloud about what tactical consequences there are to being able to slide a platform about, and whether they’re interesting enough to sustain a full game. The trailer above suggests an answer: the tactical consequence is that you can be a total dick. It mostly seems useful for causing hordes of enemies to run this way then that as you slide away from them, untouchable. In other words, it looks like the “down low? too slow” of hack ‘n’ slashers.

The other selling point for me in the trailer above is the design of those bosses. I don’t know if it’ll be fun to fight a giant blue skeleton with a Swiss cheese head and seven glowing eyes as it emerges from a chasm of pink ooze while riding around on one of those sliding tile puzzles it would take you 30 seconds to solve when you were four, but I’m curious to find out.