What about Ashes of Creation, the great MMORPG hope from the west, in 2022? 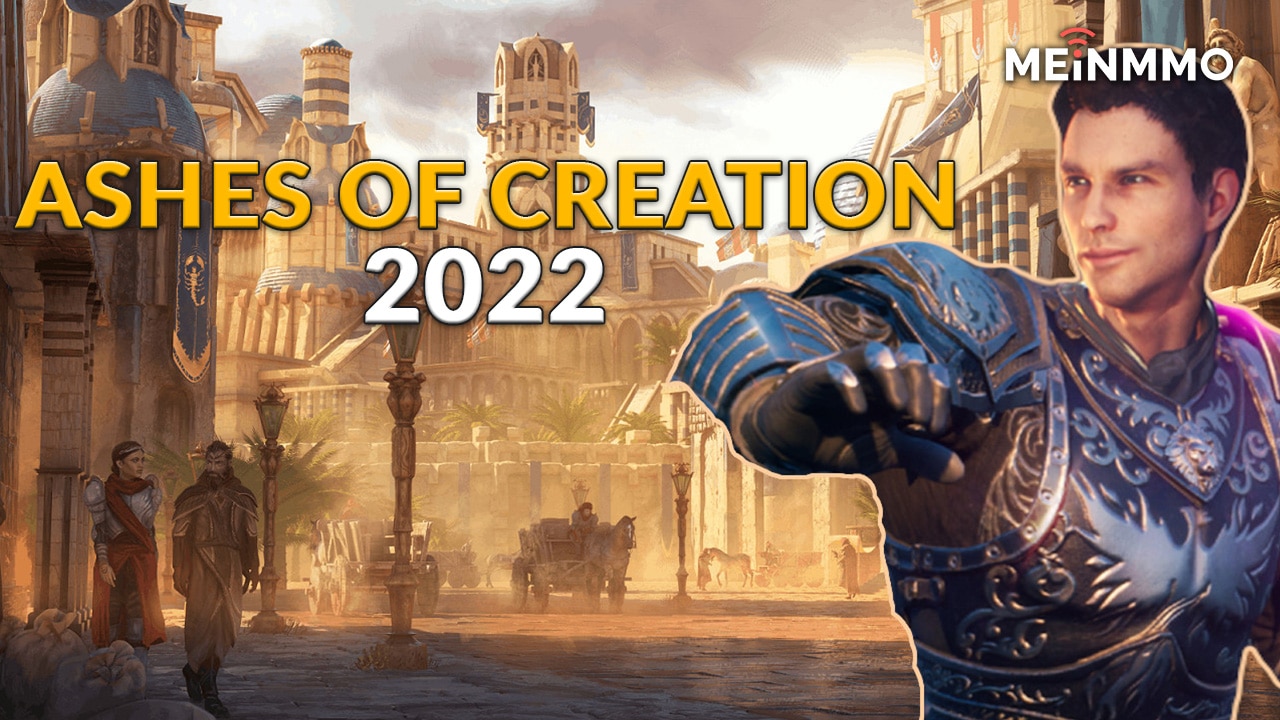 Originally scheduled for release in 2019, Ashes of Creation was seen as the greatest MMORPG hope in the West. The boss himself said it would be one of the biggest MMOs ever. In spring 2021 there were first glimpses of the alpha of the game and great disillusionment followed. But what about a year later?

What is the game? Ashes of Creation is a sandbox MMORPG that aims to appeal to both PvP and PvE fans. As a major innovation, it relies on the so-called node system.

The entire open game world is divided into zones, each containing a city. This city starts out as a small collection of tents and can grow into a massive metropolis. For this, the players have to complete tasks in the city and the associated area. However, the cities can also be attacked, destroyed and conquered at fixed times.

A special feature of the game is the boss, Steven Sharif. He is not a trained developer, but made millions with a snowball system. He was passionate about playing ArcheAge, but was bothered by many things and wanted to create his own game. He put a few millions in his own hands to fund Ashes of Creation.

How about a release? Actually, Ashes of Creation was supposed to be released in 2019, but it was repeatedly postponed. Alpha 1 was then started in 2021, which showed, however, that the MMORPG is still a long way from a release.

This video from streamer Asmongold offers a first look at the alpha version of Ashes of Creation:

Separation from Russian publisher and many revisions

What is the current status of the game? Ashes of Creation is still in alpha, although the MMORPG is currently unplayable. Alpha 1 ended after a few weeks on August 15, 2021. Since then, the servers have been permanently offline again.

In the Alpha 1, however, there was strong criticism:

Many were particularly disappointed because Ashes of Creation was seen as a great western MMORPG hope, but showed too little progress after four years of development.

It also sparked a discussion about the topic of alpha in general, because while many MMORPGs already present a kind of demo version of the game in the alpha, the alpha of Ashes of Creation was actually intended for testing and finding problems.

Why is the game developing so slowly? For years, boss Steven Sharif was looking for new employees for his studio. However, some positions were not filled for years. With the expansion of the team, new offices also had to be found, which according to devblogs took some time.

In 2020, the Russian publisher MY.GAMES, which is viewed critically by many MMO fans, was also separated. The developers of Intrepid said they now want to publish in Europe and Russia themselves. That might also have taken up resources.

The corona pandemic, which has occupied us for two years, may also have had an impact.

But overall there are many indications that the developer has taken over the features and game systems. On paper, Ashes of Creation still sounds extremely ambitious – which takes a lot of time to implement.

Progress is regularly made, but a release is not in sight

What has changed in the game since Alpha 1? some. New mounts, zones, assets and content have been presented since August. In October, a lot revolved around weather effects in the game world.

At the beginning of January 2022, the adaptation of the engine from Unreal Engine 4 to the new Unreal Engine 5 was announced. This should make the MMORPG prettier overall and improve performance.

In addition, the character editor has been completely overhauled. There are now more sliders for various settings, more options for hair, beards, tattoos or scars, as well as interesting features such as the “Family System”. So you should be able to take the presets of two characters and create a new character from them, but based on the basic bodies of these characters – as if they had fathered a child.

This video gives you an insight into the new character editor:

Dynamic events were introduced in the last studio update in April. This should happen anywhere in the world. In such an event, goblins attack the cities and the players have to defend themselves against them.

See also  One Piece Film: Red will be released in German cinemas in 2022

These events are intended to announce various previous events, such as when a plague slowly spreads in a region. Players can prevent these events early on, but if they don’t react, the danger should increase. The events run according to a scheme and timer, but there shouldn’t be a big board with an event notice, but they should integrate naturally into the world.

With such events, PvE players should also get their money’s worth.

When can we finally play? Although there are regular updates from the developers, it is currently not known when Alpha 2 will start and the players will be able to put their hands on the MMORPG again.

After Alpha 2, several beta events will follow, which will probably run for a long time. A release in 2022 is almost impossible. There are many indications that Ashes of Creation will appear more in the 2023 area or even as late as 2024.

Ashes of Creation is still a big hope, but the hype is waning

Why is Ashes of Creation so longed for? MMORPG fans are still waiting for the next big game. New World could not convince many to release and Lost Ark does not appeal to every player with the iso perspective and the unfamiliar controls.

However, Ashes of Creation offers the typical third-person view, relies on a more colorful world, promises a combat system for every type of player and a lot of freedom that appeals to sandbox players in particular. In addition, the social interaction in the cities should lead to players committing themselves to the game and their guild in the long term.

However, many players have now realized that Ashes of Creation also has to make compromises. In addition, there is the large PvP focus in the endgame, which was underestimated by many at the beginning.

Due to the alpha content, the hype surrounding the game has flattened out for the time being, but Ashes of Creation will definitely be an exciting MMORPG when it is released and will certainly attract attention.

What do you think of Ashes of Creation? What are your thoughts on the latest content? Does the MMORPG appeal to you?