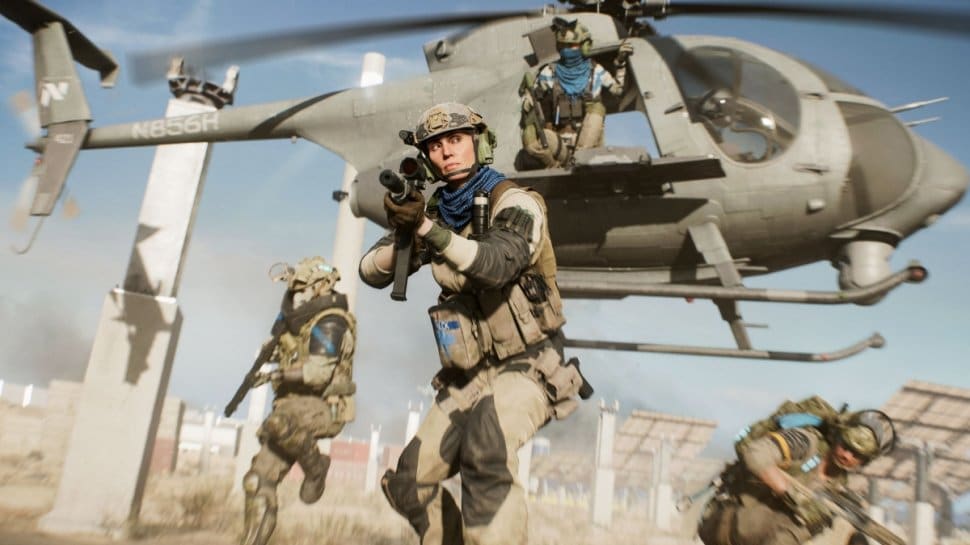 05/24/2022 at 4:41 p.m
from Michael Miskulin –
Battlefield 2042 developers continue to work on the Battlefield Portal sandbox mode, testing changes requested by many fans. This is a simplified XP progression to be tested in Portal.

The Battlefield 2042 developers tweeted via the official Twitter account @BattlefieldComm, that starting May 24, 2022, they will be testing more changes affecting experience points and progression while crafting “custom experiences” in Battlefield Portal. According to the tweet, this test should last for a week, i.e. until May 31, 2022.

Concretely, this means that all custom experiences without AI or the use of the rules editor will allow full progression. That means players get full experience points, weapons can be mastered (attachments can be unlocked), and players can also complete weekly missions there. If a custom portal experience uses AI or uses the rules editor, the experience will be capped at 300 XP per minute.

In another tweet, he confirms Battlefield 2042 community managerthat these changes are actually based on player feedback. “We heard you loud and clear,” Kevin Johnson wrote on Twitter. But whether that can really keep the players engaged and the number of players in Battlefield 2042 (buy now €42.03) can drive up again remains questionable. Maybe it’s just a drop in the ocean and Electronic Arts should maybe focus more on the sequel right away.

See also  PvP pros were to blame for removing skill matchmaking in Destiny 2 - now it's coming back, but not everywhere