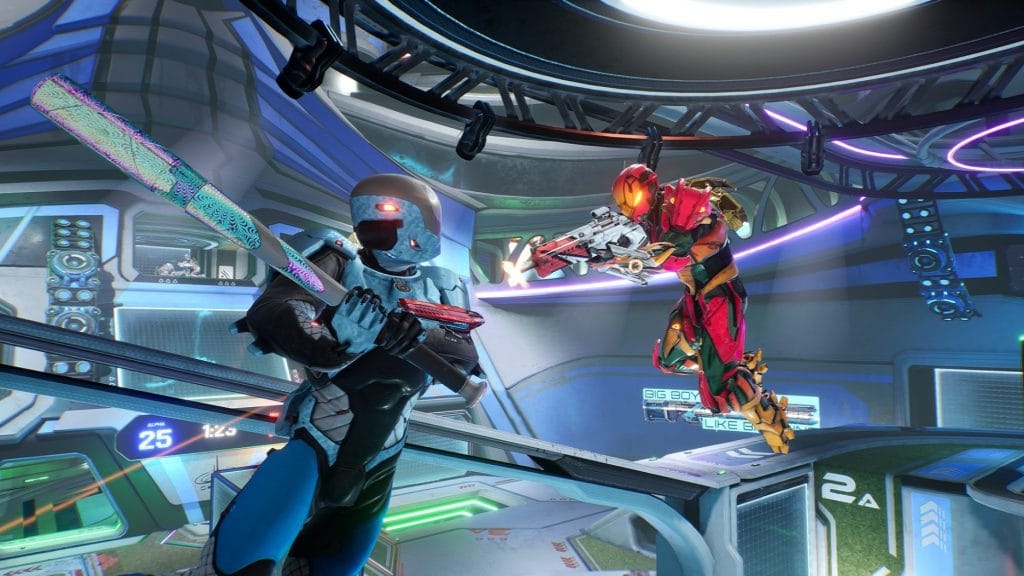 The shooter surprise hit split gate starts the 2nd season soon. This makes the game even more of a celebration for fans of classic old-school shooters. Here you can find out what is in Splitgate and what will be even better with Season 2.

What is split gate? Splitgate is a hit old-school shooter in the style of classic arena shooters like Halo’s multiplayer. The indie developer 1047 Games is behind the game and the game can be played via Steam on the PC, but also on the PlayStation or Xbox. Crossplay is possible between the platforms.

In Splitgate, you don’t just shoot in the arenas, you can also – like in the legendary puzzle game portal – set portals anywhere in the game world. This allows you to quickly move to different locations in the game world and use unconventional tactics and strategies.

In addition, not only do players travel through these portals, you can also shoot through them. So if you want to get the perfect shot at a cheeky camper, with a little practice you have a good opportunity to do so.

Why is the game so popular? Splitgate was very well received by shooter fans when it started beta in July 2021. At times there were more players than the servers could handle.

The great popularity is partly due to the already mentioned old-school gameplay á la Unreal Tournamanet and Halo. Unlike many “modern” shooters, fundamental shooter skills are more important here than the fastest possible reflexes.

This is particularly interesting for shooter fans of the old guard, who are often at a disadvantage against younger players in the current genre representatives. In addition, there is a comparatively high TTK (Time To Kill). That’s the average time it takes to kill an enemy.

If the number is high, the game forgives mistakes, but also requires sophisticated tactics in order to really pursue an opponent after the first exchange of blows and finish him off.

The enemy, in turn, can either use the in-game portals to escape after a failed first encounter, or use them offensively to pursue and destroy prey.

Such daring stunts and other spectacular maneuvers are possible in Splitgate. As a result, games in the game develop a fast-paced, wild dynamic that is unique to this game.

In the meantime, the 2nd season is imminent in Splitgate and the game will be consistently further developed in it.

This is all coming in Season 2 of Splitgate

Season 2 for those in a hurry: With Season 2, a lot is changing in Splitgate. The new season brings, among other things, a new matchmaking system, improved maps, three new game modes, a new Battle Pass, map creator updates and various improvements in the Quality of Life area.

Season 2 will be released on June 2, 2022 for all platforms. The features of Season 2, which make the game even better, are presented in detail in the following paragraphs.

These are the new game modes

Splitgate already had 18 exciting game modes when the beta was released and 3 more will be added in Season 2. This increases the choice and variety even more.

Juggernaut: This game mode turns a player into a very powerful battle behemoth. He’s even tougher and harder to kill than is already the case with Splitgate. That means you’re up against a truly formidable opponent.

On the other hand, all other players can hold onto it to their heart’s content. The Juggernaut is chosen at random, and for every second he lasts against the rest of the lobby, his player earns points towards victory at the end.

hot zone: If you’re a shooter veteran, this team game mode will be familiar, as it involves capturing a neutral zone and then holding it for 30 seconds. This is the only way to get a point for the final rating of victory at the end.

As expected, the point is always hard fought. But getting the point is just the beginning. Because 30 seconds can be a damn long time when the enemy’s portals are coming at you from all sides and unleashing a glorious inferno!

Lock down: Another team game mode revolving around conquering and controlling points on the map. But this time you don’t have to conquer a fixed point. It’s more about holding three hills at the same time. This in turn gives you a point, but then the hills move and you have to start over to gain more points towards the final scoring.

You can only win through the dynamic hills if you constantly adapt your approach. Because a just safer position must be moved quickly when the relevant hills are transferred to another location on the map.

This is what the remake of the “Abyss” map looks like

The map “Abyss” gets a general overhaul with Season 2. The developers pulled up the map from scratch. However, great importance was attached to ensuring that the map for Splitgate veterans still has the same “feeling” as the original.

But there are also various innovations that improve the map as a whole:

You can see the new features compared to the old Abyss map here in a comparison video by the developers:

Splitgate continues to be popular with its players. But one point of criticism often clouded the joy: the matchmaking.

The servers were often unable to cope with the high rush of players and long queues were the result. In addition, the whole system didn’t really run smoothly and sometimes put players in lobbies that were not appropriate for their skills.

This is over in Season 2, because the matchmaking has been revised from the ground up:

The old Splitgate progression system is also a thing of the past. Instead, the new system offers more meaningful rewards throughout a player’s “career.”

Another 100 levels follow, each with greater rewards. It goes on like this, from Pro 1 to Pro 10. You can proudly present the badges that you unlock in the process on your player card.

That’s all about to change

In addition to these big changes in Season 2, there are other useful innovations:

So Season 2 will be more than just an opportunity to bring a new Battlepass to the public. Rather, the already popular Splitgate will be improved even more and further developed according to the wishes of the community.