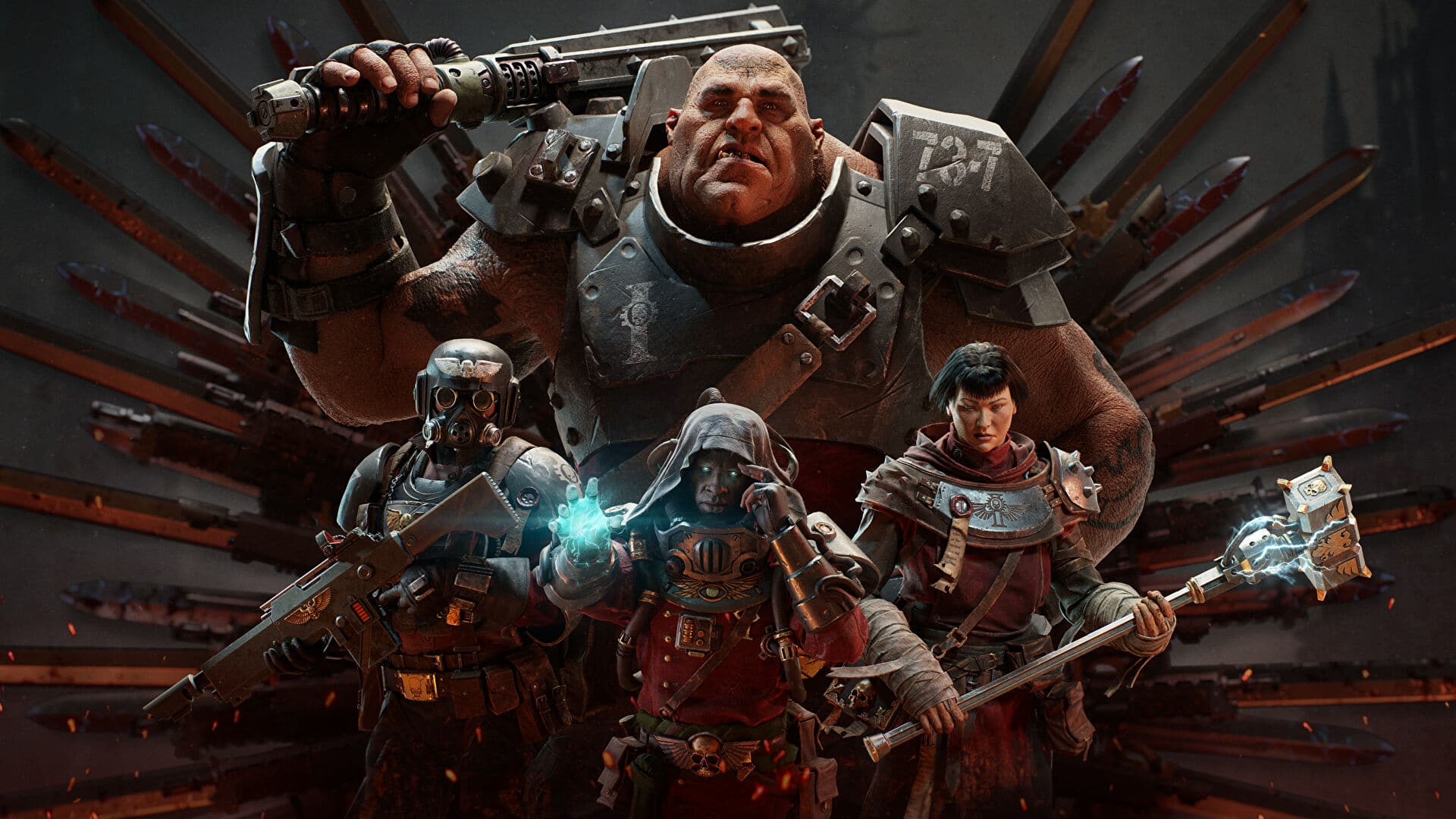 A new trailer for Warhammer 40,000: Darktide fresh out of the Summer Game Fest gives another look at the heretic-smashing cooperative shooter from the makers of Warhammer: Vermintide and yup, it looks like Vermintide in 40K. And that’s fine. I’m good with that. That’s great, really. Vermintide is fun but I’ve no affinity for Warhammer Fantasy so yes, give me bolters and Inquisitors and Ogryns and sci-fi Gothic cathedrals. See for yourself below.

I am very here for magic spells which make someone’s head pop clean off their shoulders.

And yup, that’s a ragtag group of warriors ganging together to grind myriad monsters into mush with melee and ranged weapons. It looks like Vermintide in 40K and that’s cool. I’m very okay with that. I am hoping for less of Vermintide 2’s boring persistent progression and crafting that dogged Vermintide, or at least a more interesting take on it, but that’s some good violence alright. I would like to commit that violence.

Oh, I’d not noticed they had officially named all the classes. Some were obvious (can’t mistake an Ogryn for anything else), but others I wasn’t sure on before. The official lineup is: Ogryn (giant lad with a knife that could split a cow and a shotgun that could mince it), Psyker (zappy boy), Veteran (Imperial Guard gunman), and Zealot (riled lady with big hammer, who I adore).

Warhammer 40,000: Darktide is due to launch September 13th on Steam other the windows store. It’ll also be on Xbox and Xbox Game Pass.