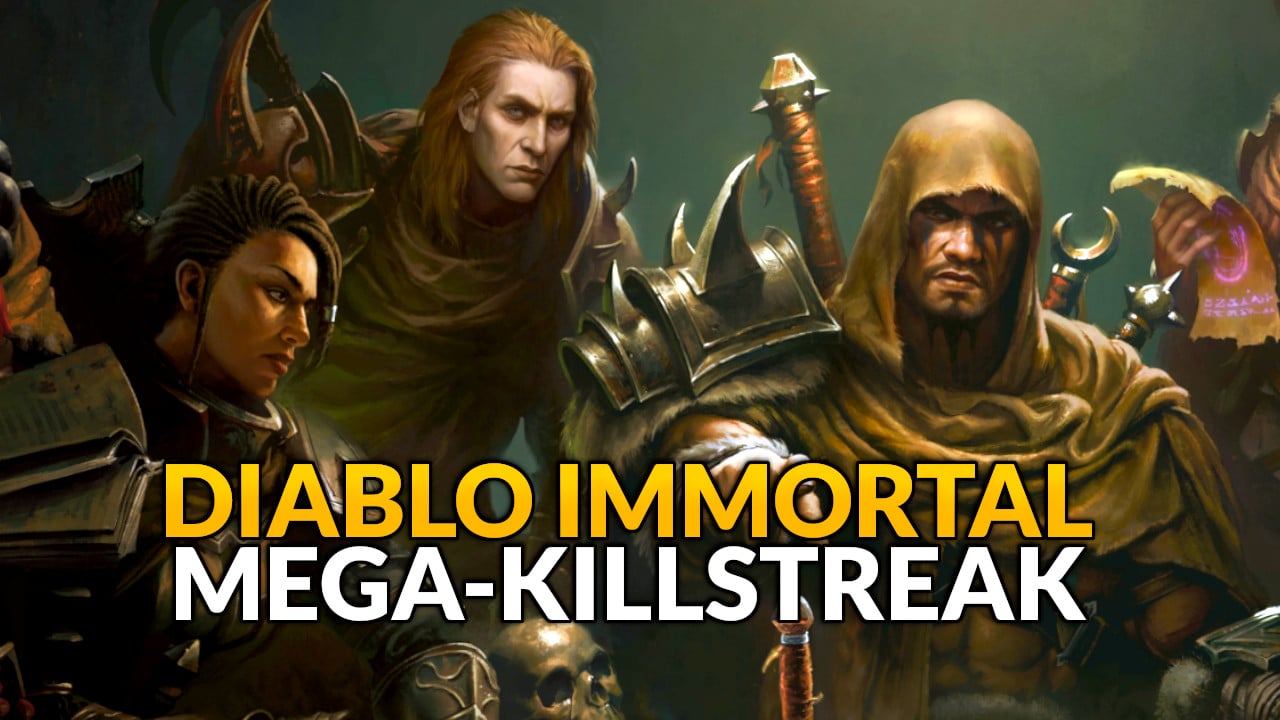 In Diablo Immortal you slaughter hundreds of monsters before the second act and thousands more until the endgame. After that, the hunt really begins and with the help of killstreaks you can earn a lot of experience points. A player squad has now discovered the maximum killstreak.

What is the max killstreak in Diablo Immortal? As soon as you’ve killed a good dozen enemies in a row, you go into a killstreak. To keep the streak going, you need to keep hitting monsters.

If you don’t deal any damage to enemies for a few seconds, the streak is over and you get experience points as a reward.

A squad has now figured out how high the maximum killstreak in Diablo Immortal can be: 9,999 kills. We embed the picture from reddit here:

How did the squad do it? The thread creator “TailZz85” also answered questions from users and explained how the process was carried out.

So they used the currently best farm spot of Diablo Immortal on Mount Zavain. They ran the farm spot counter-clockwise and aligned themselves exactly to the spawn times of the monsters in this area.

As a demon hunter, TailZz85 always stayed close to the squad and used the primary attack to attack everything that spawned freshly.

Level up fast in Diablo Immortal – Guide to max level 60

See also  Keep these medical gadgets in the house ranging up to Rs 1500, will help in fighting corona

The rest of the squad quickly took care of the leftovers and cleaned up the spawn points for the next round. It was a synchronized dance with the spawns in the area and it ended up with 9,999 on the clock – but it didn’t go any higher. Recently we reported a streak with over 7,000 kills.

You can find out more about the different classes in our gameplay video:

What rewards were there? Killstreaks give you a lot of experience points and the longer the streak lasts, the more you bag. However, the super long mega streaks don’t bring infinite multiplier and 5 paragon levels.

The streak gave the squad 565,000 extra XP at a 50% Paragon penalty. Since TailZz85 is a fair bit above the Paragon level of its server, it only gives half the usual experience points.

In the thread on reddit someone says: “Be grateful that there is a limit”. Otherwise one or the other squad would certainly soon provide completely different numbers.

Central to the squad’s streak strategy centered around TailZz85 was the Demon Hunter’s primary attack.

If you have any tips for long killstreaks in Diablo Immortal, please leave us a comment on the topic.

Still looking for your favorite mobile ARPG class, check out Diablo Immortal: Tier List – Which is the best class?