In the action adventure Diablo Immortal there are all sorts of interesting and dangerous places to explore, and one particularly grim area lives up to the name Zoltun Kull’s archive. In this place you can not only two world bosses find, but also Kull’s Hidden Chambers, Lost Pages and much more.

In this Guide we’ll tell you everything there is to fifth area in “Diablo Immortal” to know which ones Codex Tasks you have to deal with how you 5 Lost Pages of a magic tomes finds where the Hydra and the golem roam around and what Hidden Vaults are in this part of the world.

As already mentioned, Zoltun Kull’s Archive is the fifth area in “Diablo Immortal” and it will be a level from 35 to 40 suggested to be victorious in this dark place. This is where the event Kull’s Hidden Chamber takes place and the dungeon The end of destruction waiting for players with one Minimum level of 35.

Also in this part of the world you can again Codex Entries unlock, for the completion of which you get points for the battle pass such as experience points received. If you diligently rise in the Battlepass, there is another one on top extra load of experience points. But don’t worry too much, you’ll complete the tasks at the same time during the campaign away. 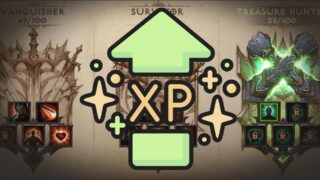 In order to be able to participate in this event, you must first of all five lost pages of the magic tome can be found that pop up throughout the area. The Lost Pages tend to appear in random locations, so it’s hard to predict exactly where they’ll appear. But the offers a good overview Map of Wowhead.

Have you found five of these pages, you will receive the said tome and can Portal into one of Kull’s Hidden Chambers open in which you guys mostly one mini dungeon expected. But it can also be the case that you summon one of the two world bosses, the Sandstone Golem or the Patchwork Hydra.

If you summon one of the two world bosses, one will appear message across the territorythat creature in three minutes will appear. These strong raid bosses can be attacked by all present players and everyone who participated in the fight gets one juicy booty as a reward.

With a significantly higher probability, however, a portal will open in one of four Hidden Chambers of the Kull. This includes the box chamberthe Countdown Chamberthe ebony construct and the Magic Trials. Since you have no control over which portal opens, you will have to search the Lost Pages multiple times. 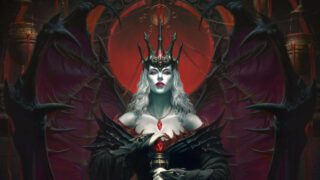 How do I change my class in Diablo Immortal?

Throughout the territory of this section in Diablo Immortal could you Blasphemous Texts collect them all over Zoltun Kull’s archives. If you don’t feel like searching the whole place and looking for these texts in every corner, just take a look at these Map of Wowheadwhere all collection points are listed.

You can find them all over the fifth area of ​​Diablo ImmortaL treasure chests, which contain items of fluctuating value. If you loot one of the chests, it and a new one will disappear appears in a random location. If you’re lucky, you might even find one this way Cursed chestin which Magic Dust located.

But not only treasure chests can be found in all corridors and rooms to be found, too Blue quests can be tackled by you to bag some magic dust as well. These quests appear on the same places as the chests. If you invest some time here, you can quickly farm a lot of magic dust. 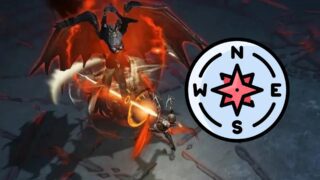 Hidden hoards also appear at a randomly determined position in the archive and should definitely be explored by you, because they not only grant you plenty of experience pointsand are therefore ideal for leveling, but are also a good source of gems.

As you probably already know, Zoltun Kull’s archive also has the famous rare opponents Diablo Immortal. Leave these enemies behind Equipment of all quality levelsincluded Legendary items. The higher yours paragon levelthe higher the chance of good loot.

Additionally, at locations where Blue Quests appear, you can click rare purple opponents meet that partially defeated for achievements Need to become. You can summon such opponents by with all shrines and all treasure chests interacted in the immediate vicinity. The following enemies are worth mentioning in Zoltun Kull’s archive: 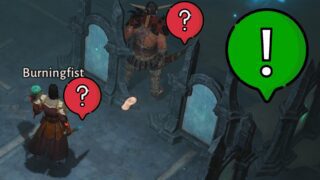