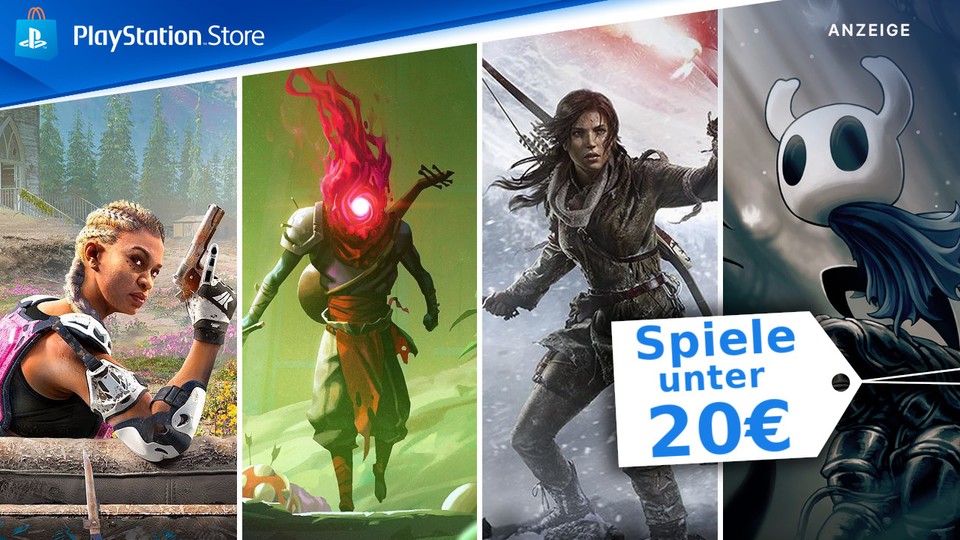 In the current PlayStation Store sale you can get AAA titles as well as indie hits for PS4 & PS5 at a reasonable price.

Until 1 a.m. on July 7th, the PlayStation Store is running a sale where you can get numerous games for PS4 and PS5 for less than €20. There are 407 special offers in total, including a few PlayStation exclusives. In this article we have selected 10 highlights for you. You can get an overview of all special offers here:

PlayStation Store Sale: PS4 & PS5 games on sale for under €20

You can get Rise of the Tomb Raider in the 20th series anniversary edition, which includes the main game as well as all DLCs, a new level of difficulty and graphical improvements such as 4K resolution. In Rise of the Tomb Raider, Lara ends up in snow-covered Siberian landscapes, in which, however, one or the other picturesque valley can be found. Compared to the very action-packed predecessor, climbing and exploring tombs take up a little more space, so that Rise of the Tomb Raider is closer to the older parts of the famous series. But there is still enough shooting and the survival elements introduced with the reboot have been preserved.

Far Cry New Dawn is a spin-off of Far Cry 5 in which we’ll return to the US state of Montana, but this time in the post-apocalypse after a nuclear catastrophe. The sect we dealt with in the original still exists, but with the bandits we now have a new enemy. Flora and fauna of the open world have changed significantly and now shine in bright neon colors. We are also now making detours to other regions such as the Arizona desert. In terms of play, on the other hand, everything basically stays the same. We still use a large arsenal of weapons and vehicles to complete missions and capture enemy bases. There are also many side activities.

If the garish post-apocalypse of New Dawn isn’t for you and you’d prefer a trip down memory lane, then Far Cry Primal might be for you. This puts you in the Stone Age, where you have to defend yourself against members of other tribes and of course against prehistoric animals such as mammoths and saber-toothed tigers, with axes and spears instead of guns. Despite the unusual and graphically beautifully implemented scenario, Far Cry Primal essentially remains true to the typical open-world formula of the series. Here, too, we conquer enemy camps and collect material from which we craft better equipment.

You can get the big PS4 exclusive hit Bloodborne cheaper in the Game of the Year Edition together with the extensive expansion The Old Hunters. The action role-playing game from From Software (Elden Ring, Dark Souls) impresses at first glance with its excellent art design. We explore the sombre, twisting city of Yharnam, architecturally reminiscent of a nightmarish version of Victorian London. The level of difficulty is at least as high as in the Souls games, due to the widely spaced save points, deaths are punished even more severely. The gameplay is a bit faster in comparison, dodging is more important than blocking.

Bloodborne Game of the Year Edition instead of €34.99 for €17.49 in the PlayStation Store 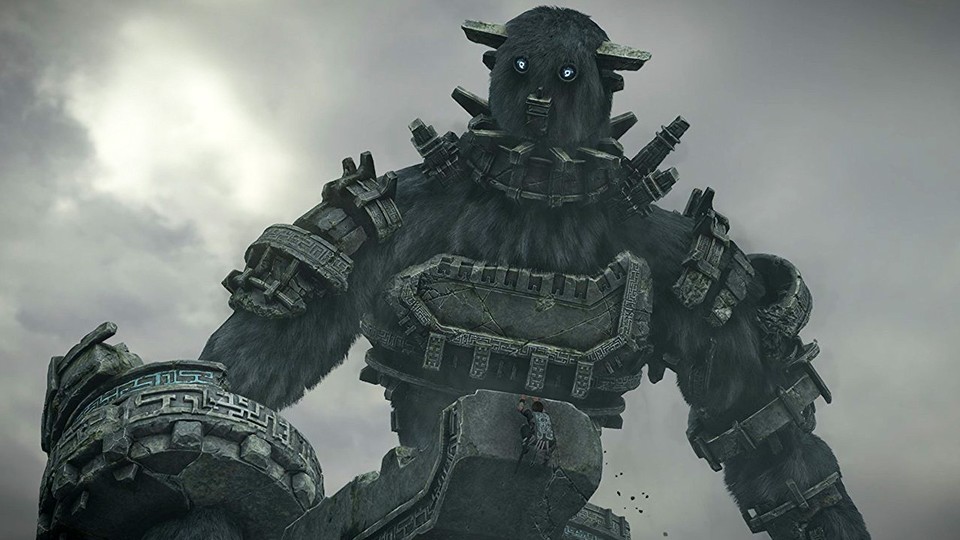 The PS4 remake of the classic Shadow of the Colossus, originally released for PS2, adds many new graphic details to it. For example, fine cracks and signs of decay in the masonry of ruins reinforce the already melancholic atmosphere of the action-adventure. Otherwise, not much has changed: in Shadow of the Colossus, we explore a largely lifeless world on horseback, where we only come across the remains of a lost civilization. Our goal is to find and kill the colossi, ultimately making the world even more lifeless and desolate. Although these boss fights are quite spectacular, the focus is not on the fight but on exploration.

See also  40 years of Electronic Arts: It's the birthday of the great games uncle 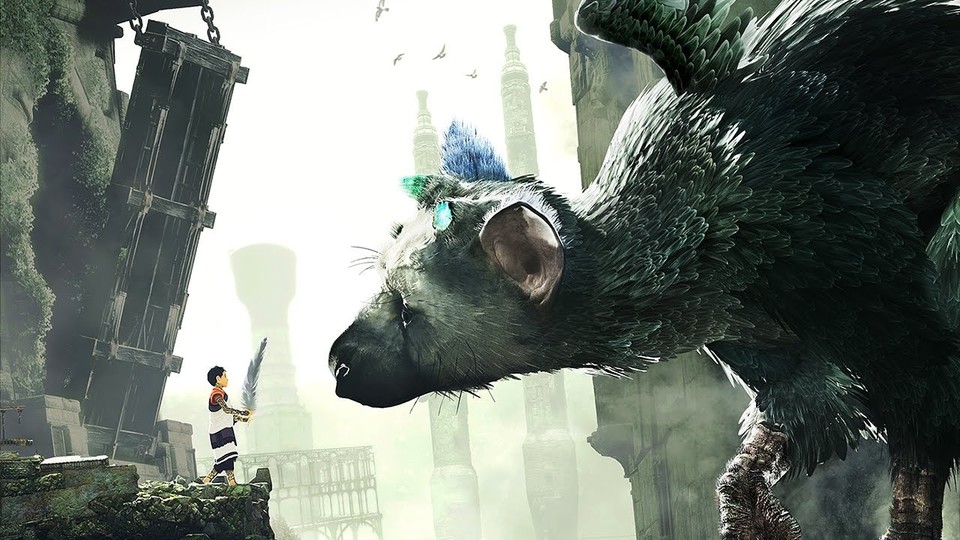 The Last Guardian is virtually the spiritual successor to Shadow of the Colossus. Again, it’s a quiet, melancholic game that values ​​atmosphere over action, and again we explore a largely lifeless world dotted with ruins and other remnants of an ancient culture. But we are accompanied by Trico, a huge creature somewhere between dog, cat and bird. Trico is the star of the game, not least because he has a mind of his own. Although he protects us and also helps us to solve many mysteries, he doesn’t always do exactly what we want him to do. That can be frustrating, but it makes up for Trico being one of the most believable followers we’ve had in a game. 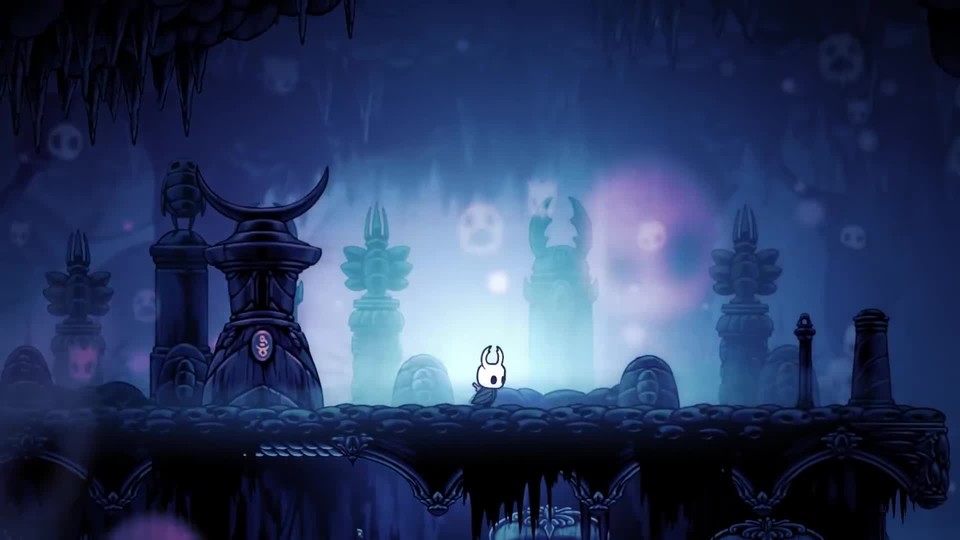 In the 2D action-platformer Hollow Knight we play a bug armed with a nail exploring a decayed insect kingdom. He encounters all kinds of grotesque monsters and has to survive many tough boss fights. Both the nested level design with many shortcuts as well as the high degree of difficulty and the motivating progression system are reminiscent of Dark Souls. The unique art design, on the other hand, varies between dark and cute. In addition to the original main game, the Voidheart Edition includes four packages with additional content such as new skills, tasks and bosses that are integrated directly into the game.

Hollow Knight Voidheart Edition instead of €14.49 for €7.24 in the PlayStation Store 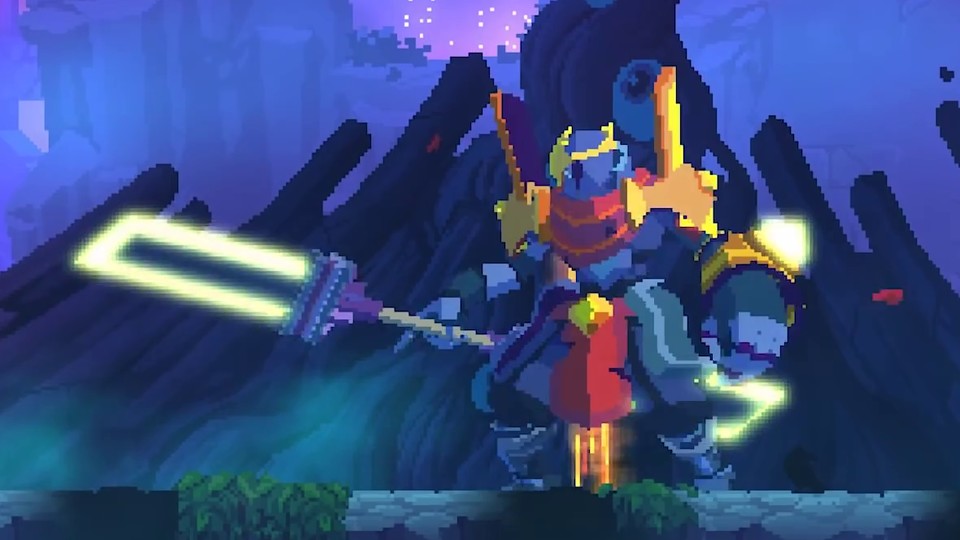 Dead Cells is one of the biggest roguelike hits of recent years. This is probably mainly due to the exciting battles of the 2D action platformer. These are always new and interesting to play due to the rich selection of very different weapons as well as the different attack patterns of the enemy types, each of which requires its own tactics. Otherwise it is a fairly typical roguelike title: the nicely designed levels are randomized to a certain extent and after death we have to start all over again. However, Dead Cells lets us unlock new weapons and abilities between runs, so we can make small progress even if we fail.

See also  Hillemann from Lübeck and the eighth: After crashing into the bottomless battle announcement for Paris 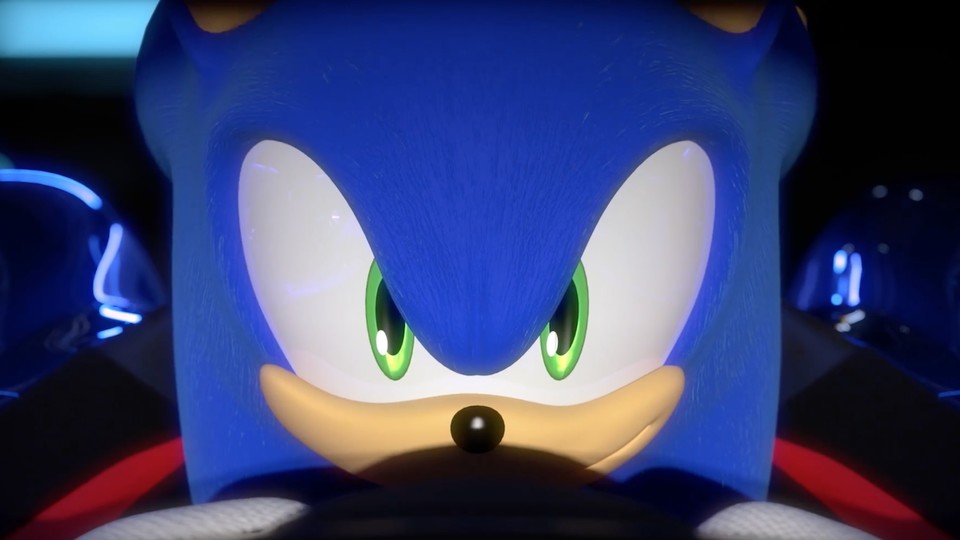 Team Sonic Racing is a classic kart racer and one of the best competitors of Mario Kart. With the characters known from the Sonic series, we’ll deliver fast arcade races in which we’ll give ourselves an advantage with numerous power-ups and the clever use of our turbo can provide. The special thing about it is that we often compete in teams with several drivers who support each other. In addition, Team Sonic Racing is characterized by its 21 pretty and imaginatively designed tracks. Like all representatives of its genre, it is most fun in local multiplayer with up to four players, but of course there is also online multiplayer and an extensive solo mode with many challenges. 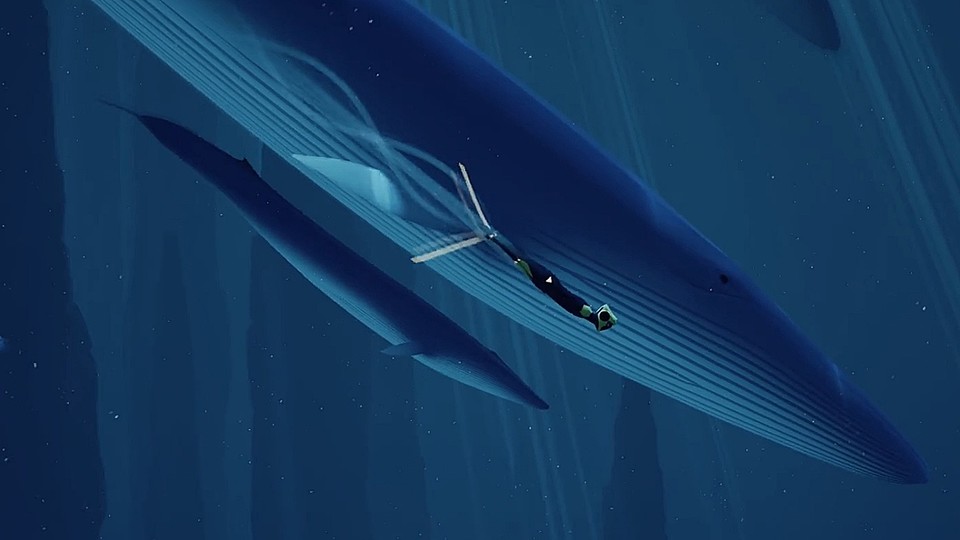 In Abzû, as divers, we explore the wonders of an endless ocean with a rich flora and fauna. The indie hit shines above all with its beautiful, colorful graphic style and its visual variety. The gameplay, on the other hand, is kept simple and is largely limited to exploring and observing our surroundings. There are no special challenges or fights. Even if we swim alongside a gigantic whale or dive down dark ditches, it’s not about danger and excitement, but rather a calm, meditative gaming experience. In some places we just stop and enjoy the beauty of the untouched nature.