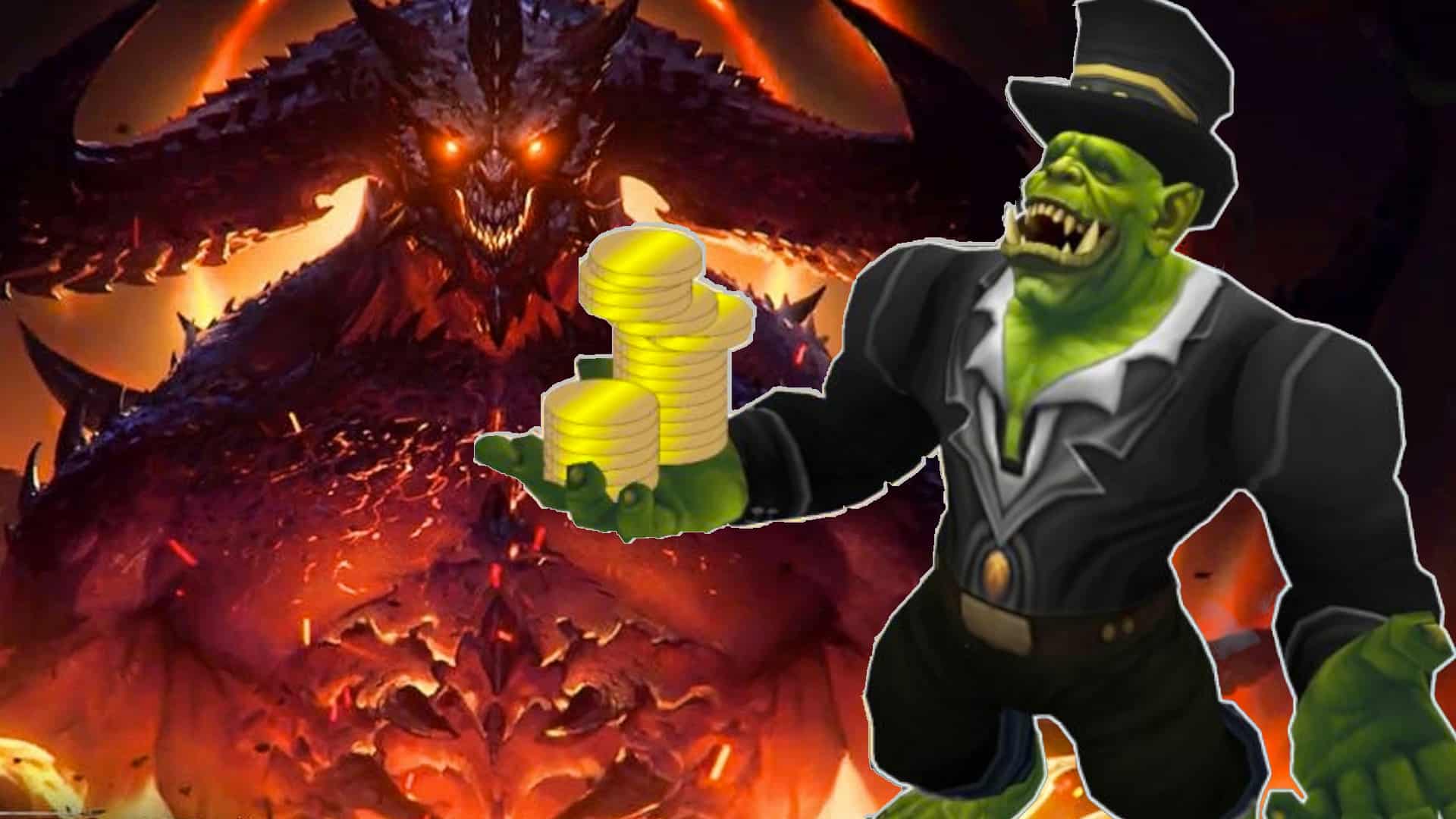 There has been a lot of controversy about the microtransactions in Blizzard’s cross-platform mobile MMORPG Diablo Immortal since its release in June 2022. In an interview with the Los Angeles Times, CEO Mike Ybarra justified himself, claiming that 99.5% of the game is actually free.

At the heart of Diablo Immortal’s Pay2Win controversy are the Legendary Gems. Watch the video for more:

Mike Ybarra only wants the best for his players: Microtransactions in games are hotly debated. For many, however, monetization has reached whole new heights with Diablo Immortal.

While there is some free content for casual gamers, if you want to make it, you usually have to dig deep into your pockets. Getting a single legendary gem to rank 10 already costs €1,000, with loot bad luck also significantly more. A complete character can cost more than €500,000 purely arithmetically.

Supposedly behind it is only the desire to make Diablo Immortal as accessible as possible.

When we think about monetization, […] it was “How do we give millions of people a free ‘Diablo’ experience where they can do literally 99.5% of everything in the game?”

What’s the point of that statement?

How Free2Play is Diablo Immortal? The fact is that Diablo Immortal is free to download. Both the main storyline and dungeons and raids can be experienced without spending a penny if you’re willing to slow down a bit.

But it is also true that players are deliberately tempted to spend real money. At the beginning, players are literally showered with rewards, later the progress stagnates and even one of the most important currencies is running out.

Anyone who has already invested 20 hours or more in their character may be more willing to spend money on endgame content. One of the most extreme Pay2Win mechanics only becomes visible once you have already paid – this may be exactly the 0.5% that you cannot experience as a Free2Play player.

You can find more about the Pay2Win mechanics including assessments in our podcast on the subject:

In a follow-up email, a Blizzard spokesman said the overwhelming majority of players aren’t spending at all. However, there were no statistics on this.

Instead, the more than 110,000 positive user reviews in the App Store were cited. This is probably intended to suggest that the complaints are not representative of the gaming community as such.

In addition, monetization would only come into play in the endgame anyway.

The philosophy has always been to lead with great gameplay and ensure that hundreds of millions of people can get through the entire campaign at no cost.

From that point of view, Immortal is an excellent introduction to Diablo. According to the data collected, almost half of the players are brand new to the Blizzard universe.

Mike Ybarra only sees room for improvement in terms of the gap between “Diablo 3” and “Diablo Immortal”. You missed a whole generation of players.

Not everyone is bothered by Pay2Win mechanics. Some who don’t have the time or just don’t feel like doing their daily grind find it a handy shortcut. Others find the benefits bought unfair.

How much do you like that? Are microtransactions a good alternative for busy people or should they be limited to cosmetics?