Starfield: Fan map with trailer data gives a look at the galaxy 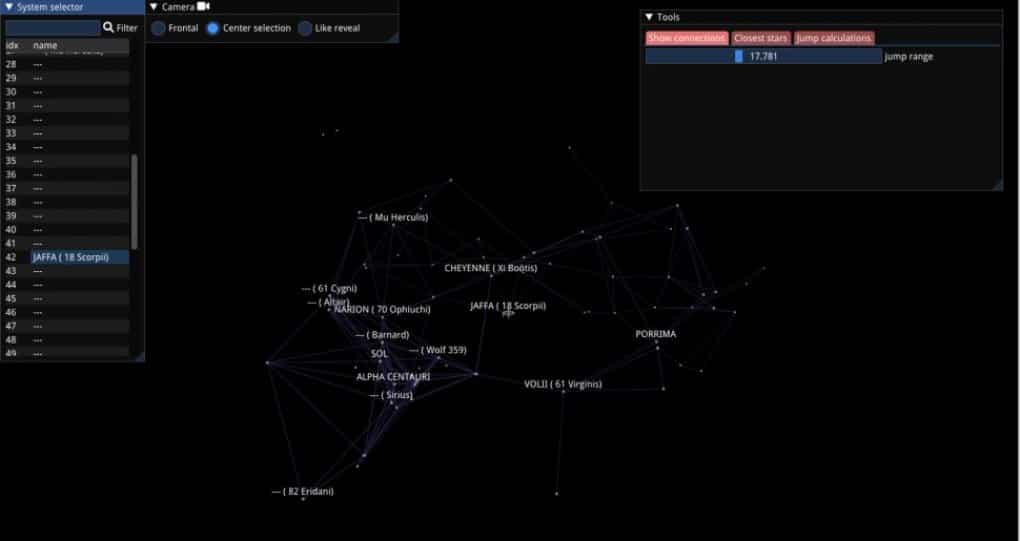 7/7/2022 at 8:02 am
from Norman Wittkopf –
Starfield may not be coming until 2023, but based on the latest trailer, one fan is already getting a three-dimensional foretaste of the galaxy of Bethesda’s sci-fi RPG.

As is well known, developer studio Bethesda Softworks presented Starfield for the first time extensively with gameplay trailers and Co. at the Xbox Showcase last June and dated the release to the first half of 2023, among other things. With the few planetary constellations shown in the trailer, the programmer Sebastian Werhausen has the tool “Starfield Navigator” on Github.com was created, which is an executable file that provides a three-dimensional map of the galaxy with the information known so far.

The short scene from the trailer was “used to track all visible stars and reconstruct their position in the game,” according to Werhausen’s readme file. The footage included seven named stars, three of which were real star systems (Sol, Alpha Centauri, and Porrima), and the real position of those stars was used “to calibrate the reconstruction.” Of the 100+ stars promised for the final game, 75 are said to have been seen in the trailer. Of the seven labeled systems, three of which are said to be true stars, three others (Altair, Barnard, and Sirius) were subsequently identified based on distance, position, and color.

Starfield: Fan map with trailer data gives a look at the galaxy. (2)


Like Pcgamer.com reported, three types of cameras can be used on the map for viewing, while also being able to show jump paths based on a selected jump distance, as each ship in Starfield will have different ranges depending on build. Of course, what is shown could also be incorrect, which will probably only become clear with the release next year. Still, a decent foretaste of Starfield’s galaxy is offered here for first exploration.