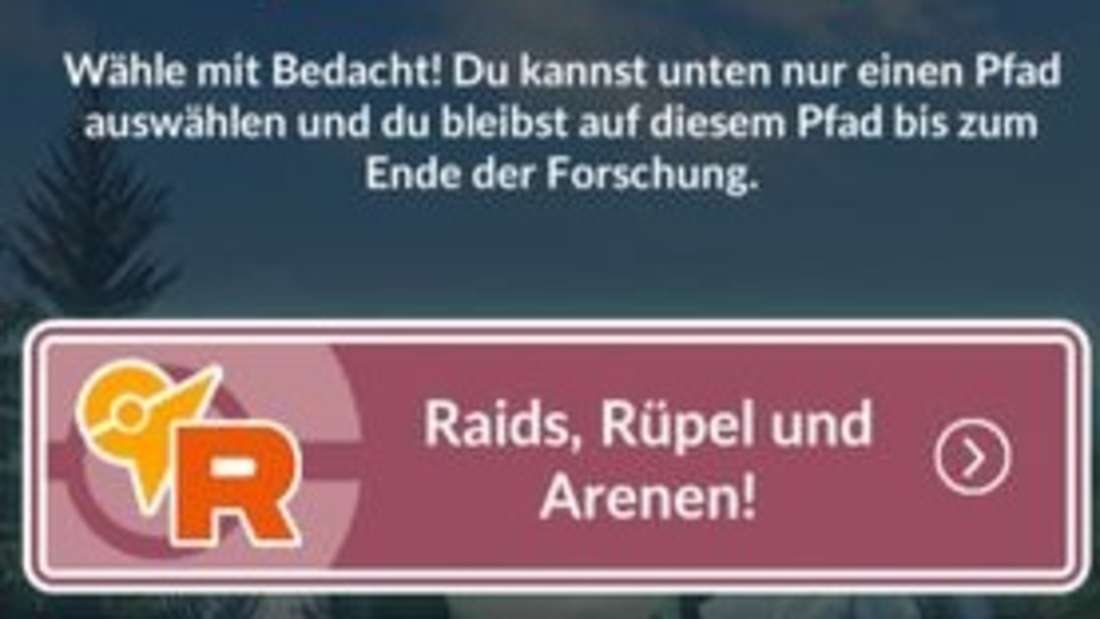 In Pokémon GO, you can participate in the Battle Weekend Challenge for free. We reveal all tasks, rewards and the special event Pokémon.

San Francisco – Battle Weekend in Pokémon GO has begun. You have a short time to complete a free research. You have to choose which tasks you have to do. We’ll tell you what rewards await in the challenge and which path you should choose.

Pokémon GO: Battle Weekend Challenge – This is how you solve all tasks in time

The most important thing about research: Battle Weekend in Pokémon GO is available starting today, July 9 at 12:00 a.m. UK time. The event features a free Battle Weekend challenge in the Today view on the left menu. But if you want to crack all the tasks and bag rewards, you have to be quick. The 3-step limited research is only active until tomorrow, July 10 – you have until 11:59 p.m. to complete everything.

What to choose in the Battle Weekend Challenge? Pokémon GO presents you with the choice of whether you want to fight against Team GO Rocket and in Arenas, or against other trainers in the GO Battle League. After the first step you have to make a decision. The rewards are the same, but the tasks are different. The last step is the same for both ways.

See also  They imagine a yacht concept that sails and also flies, and with zero emissions

Step 1 of Timed Research: Step 1 can be completed in seconds if you have the necessary resources, otherwise the rewards will help you in the task itself.

The reward for taking the first step is 1,000 Stardust, 2,5000 Stardust, and a Premium Battle Pass. Now you have to choose between playing against the PC or against real trainers. We break down both tasks and their rewards for you.

Step 2 in “Raids, Grunts and Arenas!”: Now even 6 tasks are waiting for you. You’ll need to invest a little more time to complete step two of the timed research before July 10th.

The reward is Chansey, a lucky egg and a star piece. Especially Chansey (and its further development) is good for occupying arenas for a long time. We will now show you what is to be done in step 2 of the tasks in the GO Battle League before we come to step 3 together.

Step 2 in “Go Battle League!”: The good news is that all 3 leagues (super league, hyper league, master league) are available to you. You are only briefly “forced” to compete in the Super League for Step 2 of the Timed Research. All tasks must be fought against other Trainers in the Pokémon GO Battle League. You cannot shortcut against Blanche, Candela, or Spark. Those who were busy before even save themselves a task.

Chansey, a lucky egg and a piece of a star are waiting for you as a reward. So the identical items and Pokémon, as in “Raids, louts and arenas”. This is the final step in the Battle Weekend limited research.

Step 3 of Timed Research: niantic makes it easy for you to complete the Battle Weekend Challenge. Because now you only have to collect rewards, all tasks are almost completed by themselves. But don’t forget that you only have until tomorrow, July 10th, at 11:59 p.m. to collect everything.

This is the tier reward: As a final reward for the limited research on the battle weekend, a Charizard with a party hat is waiting for you as an event Pokémon.

But Battle Weekend offers even more to do for hard-working Trainers: Giovanni, the leader of Team Rocket, is back in the game. We’ll tell you how to do the new special research in Pokémon GO: Battle Weekend. You will find all tasks, rewards and the legendary Pokémon there.