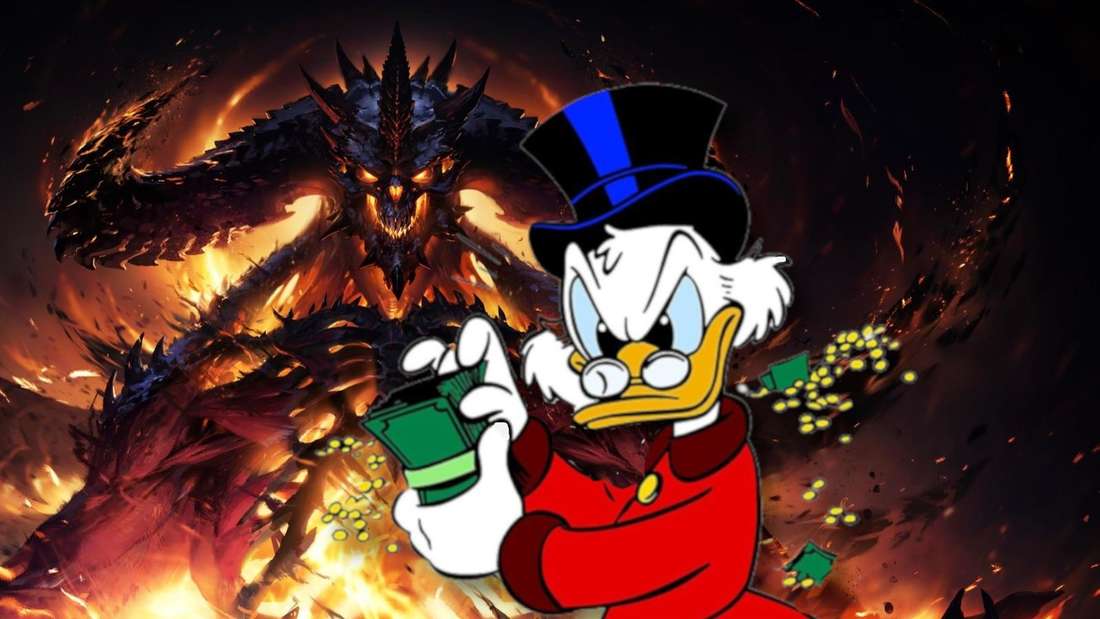 Blizzard has caused some excitement with the in-game purchases in Diablo Immortal. Now the CEO is defending the microtransactions in the game.

Irvine, California – When Diablo Immortal was announced, many fans of the franchise were disappointed. Unfortunately, when the game was released in June 2022, the fans could not be persuaded. Because it quickly turned out that Diablo Immortal is peppered with many microtransactions, which bring huge progress in the game. The discussion about pay-to-win then flared up in the community. Now, however, the head of Blizzard speaks up and argues against the allegations.

When we think about monetization, it’s all about how we can give hundreds of people a free Diablo experience by letting them use 99.5 percent of the game.

For Ybarra, Diablo Immortal is a good introduction to the Diablo universe, despite all the criticism of the game. It was always important to the team behind the title to provide players with the best possible gameplay in order to be able to play through the entire campaign at no cost. Also, the CEO points out that most Diablo Immortal players don’t resort to the microtransactions, but enjoy the game for free. However, Blizzard’s revenue from the game speaks a slightly different language.

This is how much Blizzard took: In the first two weeks after Diablo Immortal was released, Blizzard took in around 24 million US dollars through microtransactions, even though the game was banned in China. And the in-game purchases didn’t seem to be that “micro” either, because videos quickly circulated on the net in which players paid several thousand dollars for items and gems. And a month after its release, Diablo Immortal is still making around a million dollars in sales a day.

Some players have found that you would need to make $100,000 in in-game purchases to get your character to max level. If you don’t decide to spend money, this challenge could last up to ten years with normal in-game mechanics.

What the fans say: Diablo Immortal already seemed like an April Fool’s joke to many fans when it was released and even now they are visibly disappointed and berate the game as a pay-to-win. This is also made clear by the sharp decline in the number of players and the HackNSlash is also losing more and more interest on Twitch.

Is Blizzard Losing Its Reputation? – Group charged in the past

This is how last year was for Blizzard: The past year was probably a very drastic one in the company’s history for Blizzard. Allegations and accusations from various employees regarding sexual harassment and systematic discrimination accumulated. Activision Blizzard was even sued by the state of California for these points, and the company then had to set up a fund with 18 million dollars to compensate victims of sexual violence and the disadvantage of pregnant women.

See also  One of the biggest esports teams enters WoW and FFXIV, buys one of the top guilds directly

Blizzard’s share price collapsed by around 30 percent after the allegations and had reached its low in December 2021. Since the purchase by Microsoft in January 2022, however, the company has been able to regain its footing, but it remains questionable how the financial consequences have affected Blizzard and how the company will present itself in the future.

It is clear that Blizzard has lost its good reputation among many fans as a result of the charges. Although the company has created unforgettable worlds with Diablo or World of Warcraft, these games now leave a bitter taste when you think about the prevailing working conditions during the development phases. The pay-to-win model in Diablo Immortal has also failed to make fans feel good about the company again.