In the new survival game Nightingale, giants destroy your base – unless you give them presents 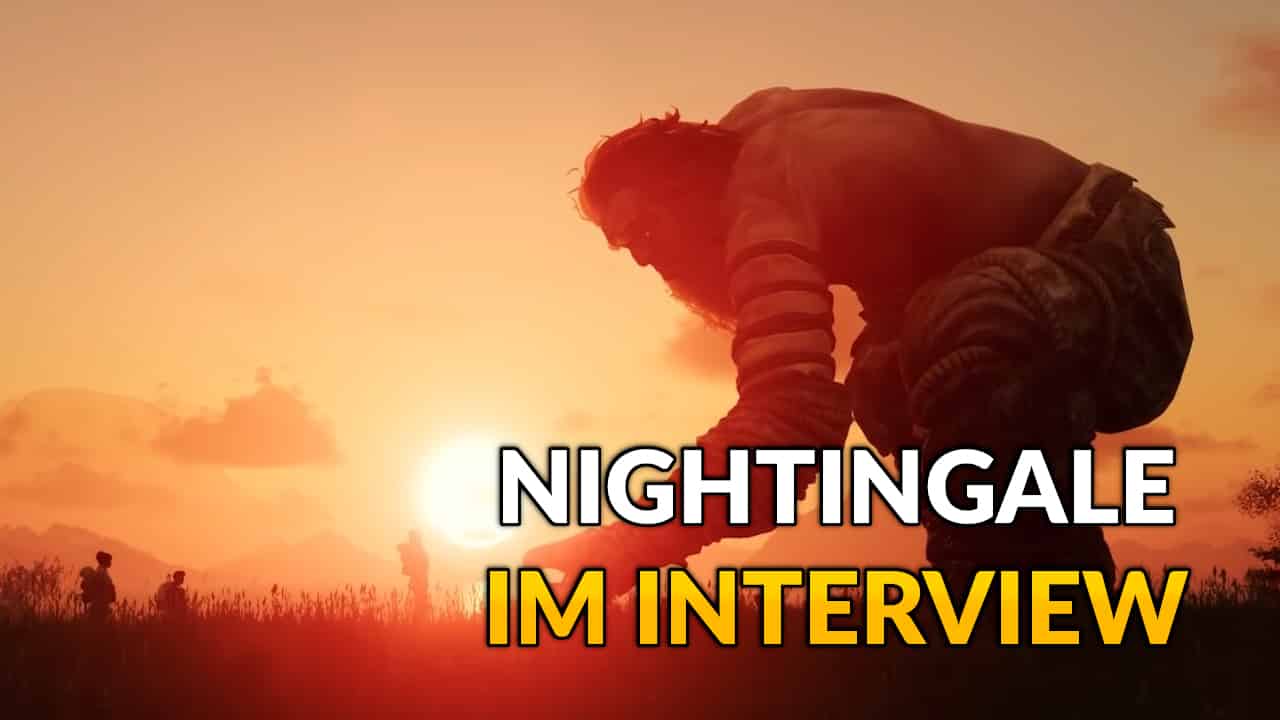 Aaryn Flynn, the CEO of Inflexion Games, was available to MeinMMO in an interview about the upcoming survival game Nightingale. We talked about the world, the story and the gameplay.

What kind of game is this? Nightingale is reminiscent of a bolder version of New World in the unique Gaslamp Fantasy setting. You play in a world where the earth is about to be wiped out by a magical storm.

As a vanguard in a new world, you should ensure that a safe haven is created for mankind. However, this world is already populated by fairies and other magical creatures.

As a survival sandbox game, you should build your own base, craft equipment and explore different worlds whose appearance you determine yourself. The head of the studio behind the game, Aaryn Flynn, spoke to us about what makes Nightingale so special. We have summarized the most important things for you here.

Here’s the latest trailer for Nightingale:

Nightingale places a high value on teamwork and is, at least so far, a pure PvE co-op game. The whole world is filled with fairy creatures that you can meet.

In the gameplay shown after the Summer Game Fest, you can see how a giant interacts with the players: sometimes friendly and sometimes hostile. He even destroys the home of the players. We asked Flynn about how the NPCs react to players:

With creatures like the giant, you have a choice. Replies to him in a friendly manner or in an argument. It’s really important to our game that players have control over what they can do. So they decide what to do with the giant.

In this particular case, in the trailer, there’s a scene with a gift for the giant. He bends down and stretches out his hand to you. And then there’s a scene where he freaks out and tramples on buildings.

If you attack the giant or do something to provoke his anger, he will come for you and kill you. So it’s up to you to start this conflict and decide if you want to start a fight with the giant and face the consequences.

By the way, it should work similarly with other factions. You’ll find NPCs like fairies and automatons in the world to deal with. However, the boss has not yet told us exactly what that should look like.

According to Flynn, however, PvP is not planned, at least not for the time being. If anything, it will come later.

The first images of Nightingale quickly drew comparisons to New World. The look is strongly reminiscent of the MMORPG from Amazon and both games are thematically based on historical specifications. Flynn explains how the games differ:

[Nightingale] is cooperative by design with lots of opportunities to bond and do things together – similar to New World. But we are based and not on PvP. We want to provide people with new adventures, meet new characters and see new places.

There are also structural differences. New World is a world with a single, sprawling continent. We’re all about realms. Each realm is connected to the others via portals.

You control the portals using the Realm Map system that we introduced at Summer Game Fest. You use them to determine the procedurally generated empires. If you want to go to a Swamp, play a Swamp card. Do you want to go to the desert? Play a desert card. And if you want to adjust the time to make it night permanently, because there might be some mushrooms that only appear at night, play a card that changes the time.

Those, I would say, are the big differences. Both games draw inspiration from specific eras as a base, but that’s where most of the similarities end. New World still has basic survival and mining gameplay, but after that it gets very different.

Nightingale is also not an MMO, but a co-op game. You play together with others, build a base together and go exploring. Equipment, enchantments, and abilities determine your role in a party.

Already with the first trailer, many fans – including editor Benedict Grothaus – had to think of New World and Valheim:

The story will be a big part of Nightingale, although Flynn didn’t want to tell us just what the game is about. Only that there should always be new chapters, even after the release.

Part of the story are boss fights that fit into the world. Similar to the bosses of Valheim, you will receive special resources for crafting from them.

However, what makes Nightingale special is the world. The game is based on the Victorian era in the 19th century and takes place in a parallel world. Nevertheless, you can meet well-known people there – for example Marie Curie, who was the only woman to win the Nobel Prize several times.

When is the game out? Nightingale is scheduled to enter Early Access for PC on Steam and Epic in 2022. An exact date is still pending. Console versions are not categorically ruled out, but there are currently no plans for a port.

By the way, MeinMMO was able to talk to Aaryn Flynn earlier. The last interview was about what defines Nightingale:

New survival game in a unique setting is coming – should primarily rely on co-op, teamwork and PvE