What was the first game where you could jump? A feature that almost every MMO has today 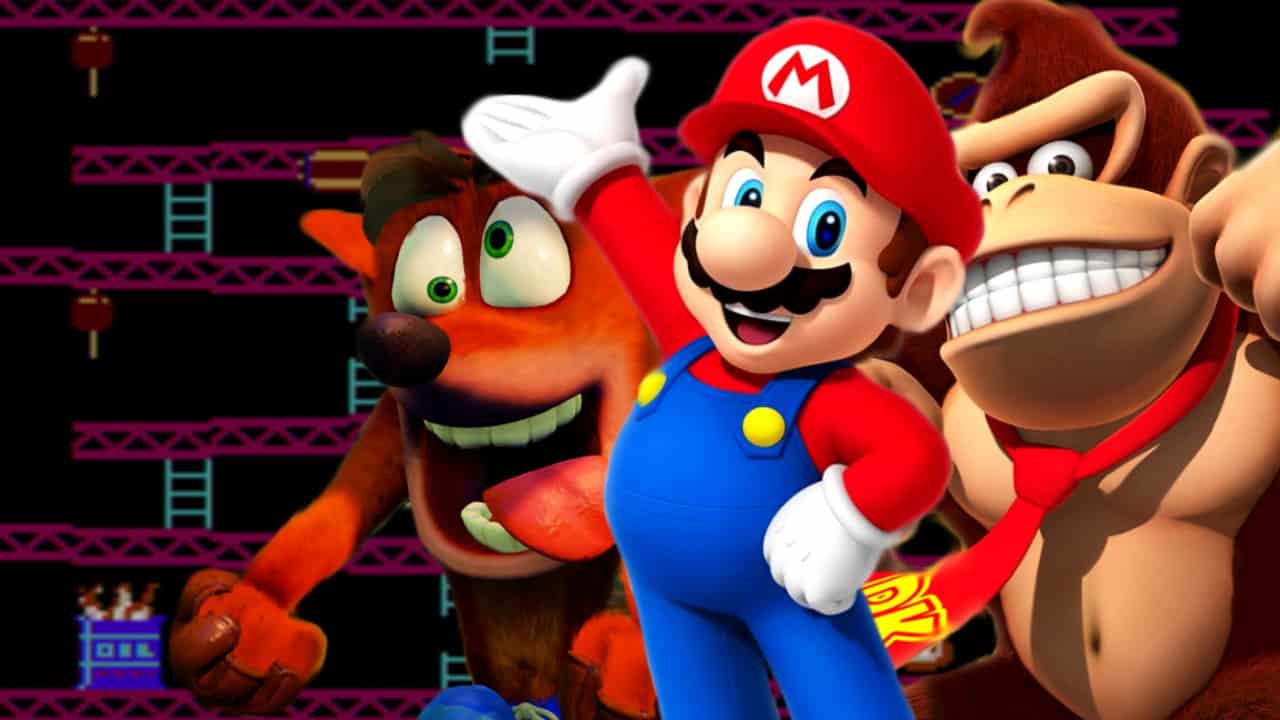 Whether MMORPG, shooter or beat ’em up, jumping is one of the core mechanics in many games and even founded an entire genre. But what was the first game where you could jump?

Hardly any other mechanic is as important across genres and used in so many different ways as jumping. We jump into shooters, into MMORPGs, into beat ’em ups and even into some sports games.

Jumping is not only used in the different titles to overcome blockades or the like, but is also often an important part of movement in fights against the AI ​​or even against other players.

But the fact that we can jump in video games at all today is thanks to a cartoon hero that most of you probably know.

Which game invented jumping? The first game in which we could really jump was Donkey Kong from 1981. As is well known, the game is named after the main character Donkey Kong, a gorilla with brown fur.

Alongside Super Mario, Pikachu and Zelda, Donkey Kong is one of the greatest icons of video games and one of the most successful slot games to date. The title about the barrel-throwing gorilla revolutionized gaming by introducing the now indispensable jumping mechanic.

On the way to help a young woman in distress, the player must jump over barrels that Donkey Kong throws at us and then roll down the playing surface.

For anyone who wants to get nostalgic again and watch a Donkey Kong gameplay, we embed a video from the YouTube channel Carls493 for you. The version shown there is an emulation of the Japanese slot machine game.

What genre did jumping create? The world of video games offers a wide range of different genres. Many are shaped by the jumping mechanic, but one relies on it: the Jump ‘n’ Round games.

In jump ‘n’ run games you have to do exactly what the title suggests – jump and run. One game in particular was created within this genre and founded what is probably the best-known franchise in the video game industry: The “Super Mario” franchise was created around Super Mario Bros.

The legendary platformer Super Mario Bros. came out in 1985 and took jumping in video games to a whole new level. Not only that: Super Mario started his journey there and subsequently established himself as the protagonist of numerous games.

Lost Ark, Rainbow Six and Co – games that do without jumping

Which games do without jumping? Some of the biggest games in the world use the jumping mechanic, which players love and sometimes overuse. These include huge shooter series like Call of Duty and Battlefield, but also MMORPGs like World of Warcraft and beat ’em ups like Street Fighter. But there are also examples of successful games that do without jumping altogether.

Among the MMORPGs, Lost Ark is probably the biggest game in which players cannot jump. It’s similar in Diablo Immortal.

But there is also an offshoot of the shooters that has been successful for years, in which no jumping mechanism was installed: Rainbow Six Siege.

While Ubisoft’s tactical shooter lets you jump over objects and even be roped onto a roof, you can’t stand in an open space and just hop in the air or leap forward if there’s no surmountable obstacle nearby.

What do you think of the jumping mechanics in games? In your opinion, could shooters like CoD or MMORPGs like WoW do without jumping because you consider it unnecessary, or is jumping a mechanic that you don’t want to do without?

If you are interested in other interesting trivia about gaming and technology, MeinMMO editor Benedikt Schlotmann will tell you where the mouse on the PC actually got its name from.

Why is a mouse for the PC actually called a mouse?