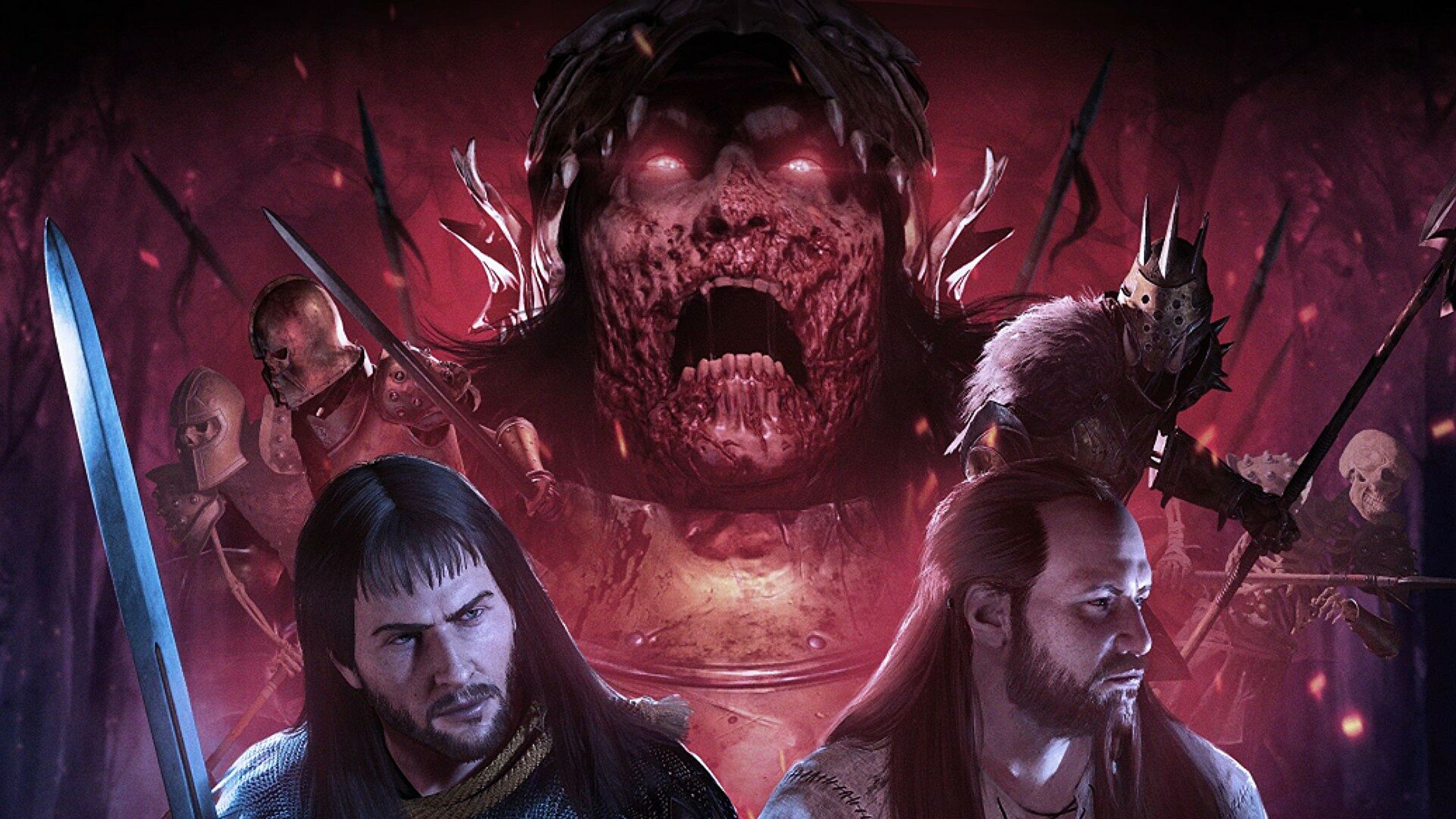 Army Of Darkness, perhaps the best movie in Sam Raimi’s horror series, has hopped through time to arrive in Evil Dead: The Game with an update today. It brings a new map, two suitably medieval and marvelously chunky weapons, and some premium outfits. Hail to the King by watching the trailer below.

Army Of Darkness is the third of the original Evil Dead movies. It’s very fun, so go watch it if you haven’t already. The movie, and now the game, takes series protagonist Ash Williams to ye olde medieval times to battle hordes of Deadites. Evil Dead: The Game’s newest map includes the film’s Castle Kandar, Windmill, Arthurian Outpost, Fort Gort and the Castle’s Keep – home to the evil Necronomicon tome.

Exploration mode is the new single-player addition. You’ll be able to wander amidst the Army Of Darkness map, and all the others in the game, by yourself. Devs Saber Interactive say the mode is free-roam. Just watch out for the Deadites kicking about while you’re exploring. Along with single-player, there’s also the up-close-and-personal mace and explosive crossbow to try out. Yep, explosive crossbow. You had me at hello. What? I’m allowed to use Jerry Maguire quotes in an article about another film.

If you’re really into the Army Of Darkness theme then there’s two outfits for Ash to sport: S-Mart Employee and Gallant Knight. These cost £2.50/$3 each. A Medieval Bundle is available with outfits for Lord Arthur and Henry The Red too. That’s £6/$8, and included in the first season pass.

See also  Google keeps an eye on you, check all your activities like this

Launched in May, Evil Dead: The Game is an Epic Games Store exclusive. Although you could play the game alone before, that was just the standard experience with bots replacing other players. The new update follows through with Saber Interactive’s intentions when they delayed Evil Dead back in 2021, saying they needed time to implement a single-player mode.