PUBG Battlegrounds: What does the new map Deston have to do with climate change? 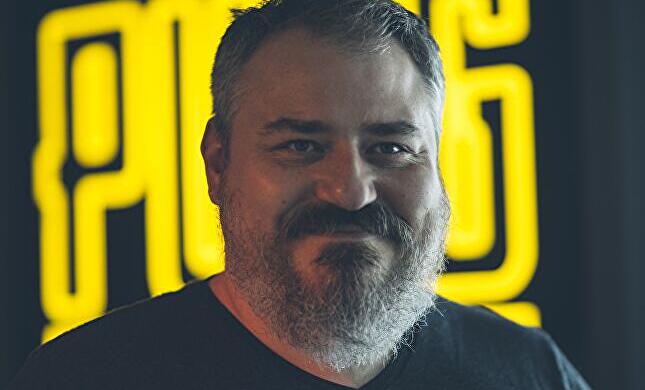 Live service games thrive on new content and fresh ideas. PUBG: Battlegrounds therefore gets a new map. Deston, as the new map is called, has been part of the game since today, July 13th, and takes you to a futuristic megacity. The large 8×8 map does not reflect any technological utopia, but shows a fictional city that was flooded. An ugly fate.

As of this writing, Deston is the largest and most densely populated map in PUBG and offers a number of new features. Taego, the last new map that came out almost exactly a year ago, already had high aspirations. In this exclusive interview, we asked PUBG Creative Director Dave Curd how you can always offer players something unexpected, where the idea for Deston came from, and how Deston changes the dynamics of the game.

Deston is said to represent a “partially flooded, futuristic megacity”. Which countries or cities were your inspirations for the new map? Did you have climate change and its consequences in mind?

David Curd: We’ve spent a lot of time exploring Houston, Texas, the Coastal Bend region and parts of the Oklahoma Panhandles. With the fallen dams and the evacuation issue, we certainly factored in the climate crisis in fiction.

Haven has had a fair amount of community feedback. What hints and criticisms from your fans did you take into account when creating Deston?

David Curd: Deston was developed based on feedback from Haven and lessons learned from creating large buildings on other maps. When we create new maps we always try to make sure the look, feel and mechanics are worthy of a new PUBG map. Especially with 8×8 maps, we need to provide varied terrain types with a wide range of uses.

Deston is said to be PUBG’s “biggest, tallest and most densely built map”. How did you adjust the map so the matches don’t just drag on?

David Curd: The general motive behind the design of each PUBG map is to offer a unique or new experience. With Deston, our goal was to ensure varied fights. Vertical cities, rolling hills, treacherous mountains, dense swamps – we want the final circles to feel interesting no matter where they land. Haven was our first attempt at this idea and I think we learned a lot from it. One of the most important takeaways is that it’s better to concentrate or confine gameplay within the massive structures than to offer a fully open, realistic experience. We’ve learned that players need direction, otherwise encounters will result in near misses and unintentional surprises.

Do you feel like every map has to be bigger, higher and better than the last? How do you try to make each map unique and different from the previous ones?

David Curd: No way. The aim of each PUBG map is to offer players a unique or new experience. Especially with 8×8 maps, we need to provide varied terrain types with a wide range of uses. They also need to offer something new by being visually unique and keeping the player entertained with locations to explore, new mechanics and everything else that makes a great PUBG map.

With the O12, the “fastest shotgun in the world” comes to Deston. Why did you choose a new shotgun on this particularly expansive map?

David Curd: It’s funny you mention that. On the test servers, players learned that the O12 is balanced for close to medium range encounters! The great thing about Deston is that it offers so many different biomes and areas of interest. This gives players the opportunity to choose a wide range of playstyles that suit them. If players prefer hand-to-hand combat, there are POIs tailored for them. If players prefer to fight opponents at a distance with ranged weapons, the map offers the appropriate options for that as well.

It’s going up: base-jumping parachutes, ascent ropes and airboats ensure that the vertical meters on Deston are quickly overcome. The petrol stations also indirectly ensure more movement. How do these tools change the dynamics of the game?

David Curd: The goal is to create a map that is easily accessible, but still has room to grow and master the more time the player spends with it. For new players, features like cell towers and parachutes will make traversal and exploration easier than ever. The hope is that having these cell towers scattered across the map will make dropping off at the edge of the map more viable as they allow the player to cover a large distance in a short amount of time. But as they play the map more and more over time, we want them to discover our alternate paths, drone-accessible locations, keycard-locked rooms, and more!

Will the new weapons and mechanics eventually be used in older or future maps?

David Curd: The movement mechanics and the O12/MP9 will only be available exclusively on Deston for the foreseeable future. We’re closely monitoring player feedback on this and will evaluate whether these new movement mechanics can be transferred to other maps in the future.

What is your favorite attraction on Deston and why?

David Curd: The Central Plains is home to my personal favorite hot-drop spot, The Lodge, which also happens to be the largest building we’ve built for PUBG to date. You can think of it like a hunting lodge… except it’s for the super rich who prefer their prey to be bipedal and human. I also love Assembly, Arena, Concert and Ripton for quick upgrades. Smart players use Keycard Rooms and Drone Rooms to get great loot with little effort.