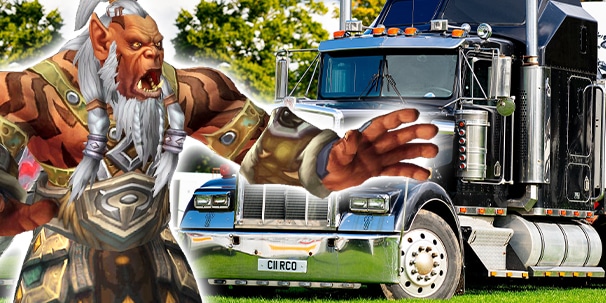 07/13/2022 at 11:00 p.m
from Sebastian Glanzer –
There are many ways to show that you are a WoW fan. Some go as far as turning their vehicle into a moving WoW work of art. Just recently, Redditor Smilts was able to admire a truck whose owner literally loves Kil’jaeden. But the truck driver is not alone in this.

WoW fans express their love for the game in real life in a variety of ways. Some wear Horde or Alliance merchandise, others cosplay or even take it a step further and get involved Sting Illidan Tattoo. You can also occasionally find a sticker with the Horde or Alliance symbol on vehicles.

Redditor smiles found a truck driver in the official WoW forum who turned a door of his truck into a WoW work of art. He has the iconic artwork of Kil’jaeden on TBC on his passenger side.

Incidentally, the snapshot was not taken while driving, but was taken at a red traffic light. But this is not the first WoW truck that has been spotted in the wild. Two years ago we were able to admire the truck from the USA, which went one step further when it came to painting its vehicle. You can tell at first glance which faction the following WoW trucker belongs to.

The WoW community and their WoW vehicles

More Horde for the Ford!

Of course, not everyone drives a huge truck. Drivers who are hardcore WoW fans don’t let themselves be squashed either. We present you the Horde Ford:

You can even find it in the WoW Reddit forum WoW wraps for the entire exterior of the car. If you don’t have the money for a vehicle, you can at least grab a truck in American Truck Simulator and drive it with the Mod World of Warcraft W900 Skin driving around with his WoW truck. Do you also have a car sticker, a tattoo or even a foil on one of your vehicles that shows that you are WoW fans? Tell us in the comments!