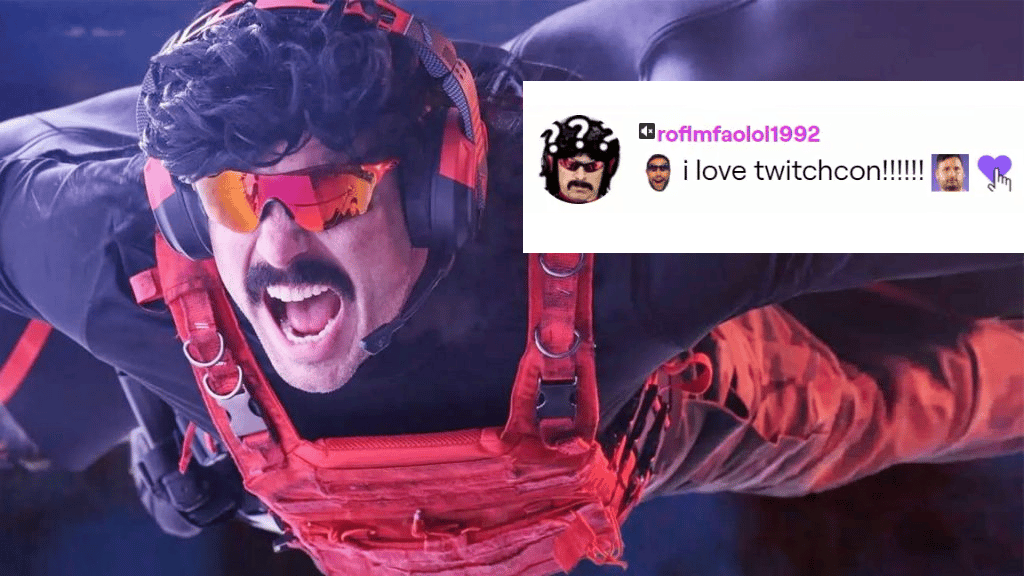 The streaming service Twitch is repeatedly criticized for its ban policy. In 2020, former star of the platform Guy “Dr Disrespect” Beahm got hit. The reasons for this have never been officially announced. Now fans at least cheated his image in the live stream of TwitchCon.

What is it all about?

You can see what streamers on Twitch have already received a ban for in the video:

The Doc appears in the live stream: After a break of several years due to the pandemic, TwitchCon EU took place in Amsterdam from July 16, 2022 to July 17, 2022. The event gave streamers and their fans the opportunity to meet and exchange ideas.

As befits a streaming provider, large parts of the event were broadcast live. At the bottom of the screen, highlights from the comments of the viewers were displayed, including the profile picture of the user.

Fans of the notorious streamer Dr Disrespect took advantage of this by using pictures of him as their profile picture and thus repeatedly managed to make the banned Doc appear in the live stream.

Actually, the messages in question were only visible for a few seconds. The team behind the broadcasts seemed to shorten this further by showing different content whenever a comment from a doc-double was shown. (via dotesports)

During an interview with content creator and drag queen Eevoh, a glitch occurred in the comment highlights. Ironically, a statement by the user roflmfaolol1992 with the Doc as a profile picture was shown for four minutes instead of just a few seconds.

Even quickly switching to other shots couldn’t remove the highlight, much to the amusement of fans. One person in the chat even joked that Dr Disrespect could attack Twitch with a copyright strike because his face was illegally visible.

This is probably meant as an allusion to the fact that in Twitch you will be warned or even banned if copyrighted content can be seen in your own stream, even if it is not intentionally displayed by the streamer, for example if you click on a link from the chat, without knowing what is behind it.

Symbolic of a bigger problem: Admittedly, the action is more like trolls than a large-scale protest. But whether intentional or not, the Doc stands for the displeasure of many fans about the seemingly arbitrary bans from Twitch.

After all, it is always discussed whether some blocks were justified or not. The question often arises as to why some people turn a blind eye while others take immediate action.

The Doc himself has not yet commented on his indirect appearance.

The permanent ban on YouTuber JiDion in January 2022 also caused controversy. Now the YouTuber attended TwitchCon, where he was promptly expelled from the site.