Assassin’s Creed Origins and Odyssey battles must be seen at 60 fps! 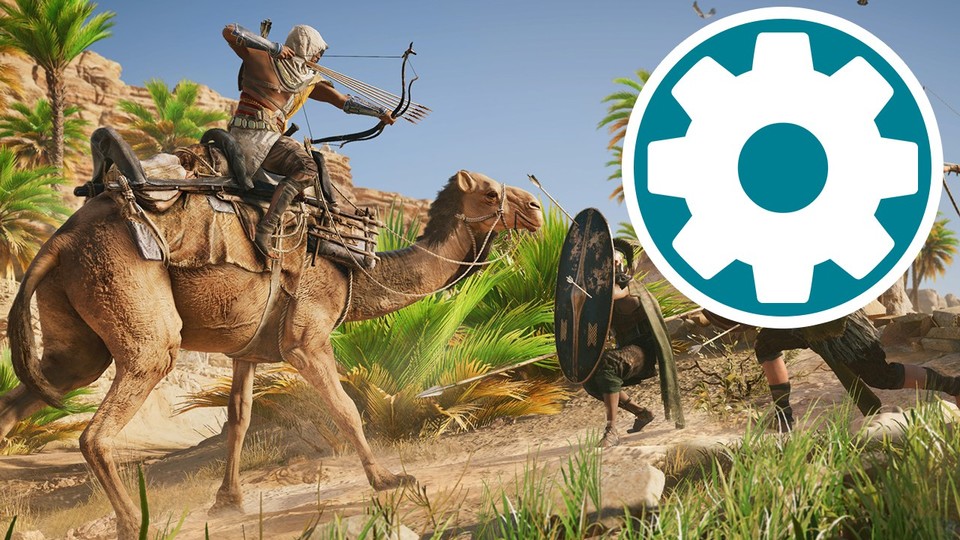 The technology experts from Digital Foundry have now looked at both games and are extremely excited about how the combat feels with the 60fps patches. However, both titles are not completely free of problems – they could not shed some legacy issues.

An increase from 30 to 60 frames per second is particularly noticeable in fast, action-packed situations where your reactions are required. In this respect, the patches for the PS5, Xbox Series X and Xbox Series S don’t make any mistakes, in most cases they keep the targeted 60 fps without any problems.

Only in larger battles, which we fight at the beginning of Assassin’s Creed: Odyssey, for example, do a few frames fall behind. However, the frame drops do not have a major impact on the general playability.

The movements of human and animal figures in Assassin’s Creed: Origins have been perfectly rendered at 60 frames per second, making them appear a whole lot more alive. However, some effects that need to be simulated at great expense, such as wave movements or the physics of clothing, are still only updated every other frame, which makes them appear jerky in contrast to the rest of the game.

In Assassin’s Creed: Origins, the fabric of clothing flaps around wildly, making the jerky animation all the more annoying. (Image source: Digital Foundry)

This is due to the way the effects were programmed. They were hard-coded for a 30fps refresh rate, changing that would have required deeper tweaking into both games. This is difficult to incorporate into a simple patch. In Assassin’s Creed: Odyssey, all image elements are output in 60 fps instead.

Cutscenes cause the most problems

Digital Foundry criticizes the fluctuating frame rate in cutscenes most clearly. A large part seems to run smoothly, but in situations with many transparent effects, such as sandstorms, or high visibility, there are small drops in the frame rate. This is increasingly affecting the Xbox Series X, but overall it is a rather small problem.

Digital Foundry also points out the short hanging images before a cut to a new camera perspective. These are usually done so that techniques using information from previously rendered images can give good results. But that’s not the case with Origins or Odyssey. Among other things, the method used for anti-aliasing fails to smooth out pixelated steps on object edges. This flaw should only be noticed by very few players.

See also  Battlefield 2042: "Balanced" for the first time after Season 1 on Steam

Terribly jerky videos in Assassin’s Creed: Origins: Most of the cutscenes in Assassin’s Creed: Origins are calculated in real time. However, we occasionally see pre-rendered clips that are only 30fps, creating a noticeable disconnect from other cutscenes and gameplay. You could still live with that if the broadcast images weren’t so badly unevenly distributed in the videos recorded in advance. A constant stutter makes the short excerpts hardly enjoyable.

Higher image sharpness, otherwise everything is the same

Graphically nothing has changed in the games. That’s hardly surprising, after all, these are essentially versions that were designed for the PS4 Pro and the Xbox One X or, in the case of the Xbox Series S, for the Xbox One S. However, fans should notice an increase in image sharpness.

Both Assassin’s Creed: Origins and Odyssey use dynamic resolution, the maximum of which is more often reached by the more powerful consoles. Digital Foundry counted the following results:

See also  5 Of The Rarest Cars In Forza Horizon 5 - Do You Own Them All?

There are no adjustments to the sound or support for functions of the DualSense controller, and the patches are not a full upgrade. If you really want to enjoy the fights in both games again, then you now have the perfect excuse for another playthrough.

Is an upgrade to 60 fps reason enough for you to replay Assassin’s Creed Origins or Odyssey?