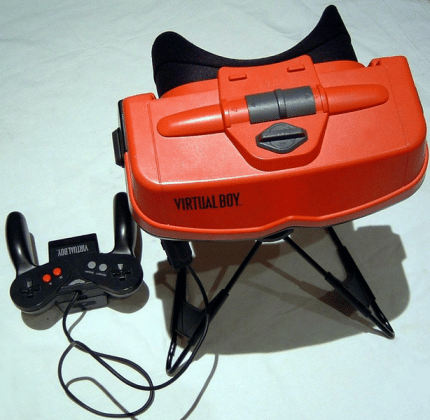 Nintendo’s biggest flop: the Virtual Boy and Halo unveiled – that happened on July 21st. Every day, PC Games Hardware takes a look back at the young but eventful history of the computer.

… 1995: Hardly anyone had given the Game Boy a chance in 1989: Outdated technology and a plain monochrome display didn’t exactly promise much fun when playing on the go. But Nintendo turned the small handheld console into one of the greatest successes in gaming history. Now the successor is coming – on July 21, 1995, Nintendo released the Virtual Boy in Japan, a revolution in console technology: For the first time, the player can immerse himself in a “real” three-dimensional virtual world, because the Virtual Boy doesn’t come with an ordinary screen, it exists from glasses with two integrated LC displays.

The Virtual Boy is undoubtedly one of the ugliest gaming consoles out there. The device is far too heavy for VR glasses and needs a support, which is why it is hardly usable on the go.

Source: This image is based on the image VIRTUAL BOY system from the free encyclopedia Wikipedia and is licensed under the GNU Free Documentation License. The author of the picture is METROID.


And here’s where the problems start: The system is too bulky and heavy, requiring a prop – making the console difficult to use on the go, even though it’s marketed as handheld and runs on batteries. The displays can only show the color red, which is no longer up-to-date in the mid-nineties. Finally, the 3D effect is difficult to see and creates headaches for many players over time. Because of these and other design flaws, the Virtual Boy becomes a gigantic flop that costs its developer Gunpei Yokoi (after all, the inventor of the Game Boy and the “Metroid” series) his job; only a few games are released, after just one year Nintendo stops selling – while the good old Game Boy remains in the program almost unchanged. The world is not yet ready for “Virtual Reality”.

See also  New mode in Battlefield 2042 inspires fans: "For the first time I am enjoying the game"

… 1999: At MacWorld, Apple’s in-house exhibition, Bungie’s Jason Jones entered the stage, briefly shook Steve Jobs’ hand and opened slightly nervously: “So, our game’s called Halo…” – thus giving the public starting signal for one of the most successful License series in gaming history. After Microsoft bought Bungie, the publication on Mac OS and Open GL was of course done.

Especially on the Xbox, the action games around the master chief – who was initially only called “the cyborg” – and the theocratic covenant become a “killer app”, i.e. games that make you decide on a console system solely because of them. The anniversary article provides further background information bungie.net – the official Bungie video on Youtube unfortunately the unveiling of the Halo was cut so that the quoted sentence is missing. Not so our bound clip.

… 2011: An era is ending after 30 years: The Space Shuttle Atlantis started its last journey a few days ago and will land for the last time on July 21 at the Cape Canaveral spaceport. NASA broadcast this event as a live stream. Planned touchdown: 11:58 a.m. CEST. This ends the 30-year era of the space shuttle.